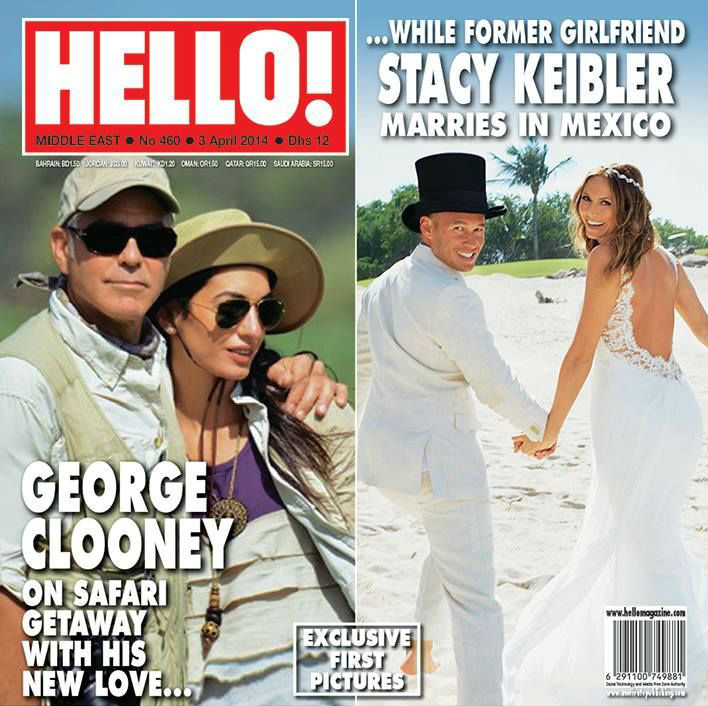 –Amal Alamuddin is so cool and confident, she didn’t feel the need to suck up to George Clooney‘s parents at his family reunion. God damn her.

-Meanwhile, George‘s aunt really wants him to ask Brad Pitt to be his best man. Preach!

–Christina Milian was engaged and now she’s not. Sad face.

-The bleached eyebrow trend isn’t going away, according to Katy Perry.

–Zachary Quinto will appear on the new season of Girls. I have a friend who named his dog after him, so this is good news for at least one person.

-When did Lauren Conrad suddenly get all political and awesome?

-The trailer for Dear White People, which got raves at Sundance, is here.

–Jennifer Lopez laughed off reports of a feud with Mariah Carey. Why you gotta ruin all our fun, JLo?

-Good news: Tracy Morgan has been released from the hospital and is now in a rehab facility.

-The dress Victoria Beckham wore on her first date with David is surprisingly demure.

-Is Matthew McConaughy too big now for the Magic Mike sequel? Nooooooo!!!!

-The usually awesome Alan Cummings has apologized for tweeting a photo with the human garbage bag that is Terry Richardson.

-Note to self: follow the woman who plays the Red Witch on GoT. She’s kind of a Twitter freak.

-The trailer for Robert Downey Jr.’s new movie The Judge has landed. The preview of it in EW made me really interested, but I’m not sure this trailer is doing it for me.