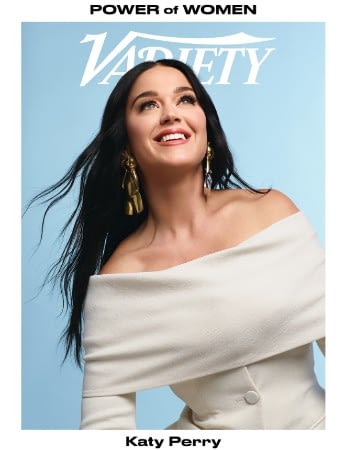 -Big win for Britney Spears today in court: her dad was immediately suspended as conservator. Jamie Spears‘ lawyers wanted him to be terminated  but Britney’s lawyers pushed for a suspension instead, saying a termination would mean he’d still get a settlement and wouldn’t be forced to turn over paperwork about how he ran the estate for 13 years.

–Jennifer Garner proves you can just be quietly dating a dude since 2018 and keep it out of the spotlight.

-Blink 182’s Mark Hoppus announced he’s cancer-free after months of chemotherapy. “Still have to get scanned every six month and it’ll take me until the end of the year to get back to normal but today is an amazing day and I feel so blessed.”

–Jesse Palmer will replace Chris Harrison as The Bachelor’s host.

–Brad Pitt is joining his buddy George Clooney in shilling for a European coffee brand.

-The Grey’s Anatomy stories keep coming out — and this one is from Ellen Pompeo herself. She recalled on a podcast the time she got into it with Denzel Washington when he was directing an episode and she said an improvised line of dialogue in a scene with Patrick Dempsey. “I was like, ‘Look at me when you apologize. Look at me.’ And that wasn’t in the dialogue. And Denzel went ham on my ass. He was like, ‘I’m the director. Don’t you tell him what to do.’ I was like, ‘Listen, motherf–ker, this is my show. This is my set. Who are you telling? Like you barely know where the bathroom is.'”  Grey’s being “her set” seems to be a common theme in all these stories.

–Eminem is opening an Italian restaurant — and of course it’s called Mom’s Spaghetti.

–The Weeknd is trying his hand at acting/TV writing. He co-created HBO’s upcoming drama The Idol  with Euphoria’s Sam Levinson, and he’ll also star in it alongside Lily Rose-Depp.

–Kanye West’s Gap hoodie dropped this morning. I hate that I like it.

-Speaking of celeb fashion lines, Mary-Kate and Ashley Olsen have launched a children’s capsule for The Row and I’m trying to figure out how much of these I could fit into…

-Now that she’s out of jail, Lori Loughlin will reprise her role on When Hope Calls as a guest star.

-Everything I’ve heard of Titane makes me certain I never, ever want to see it, but good on director Julia Ducournau for breaking through the noise with a truly unique body horror.

-I finished Netflix’s Midnight Mass last night and I found it a mixed bag (the performances were incredibly strong; Mike Flanagan‘s signature overly long monologues were incredibly annoying), but Rahul Kohli was a big highlight. Not only does he give the best monologue of the season, but he remains a delight on Twitter.

-Speaking of new Netflix shows, I don’t know how Squid Game suddenly became the thing every single person on the planet seems to be talking about.

-In the trailer for his new Hulu show The Next Thing You Eat, David Chang looks at how food is changing, from lab-grown fish to recreated dinosaur burgers.

-Here’s a new trailer for the final season of Insecure.

Blake Lively Was Attacked By Bees