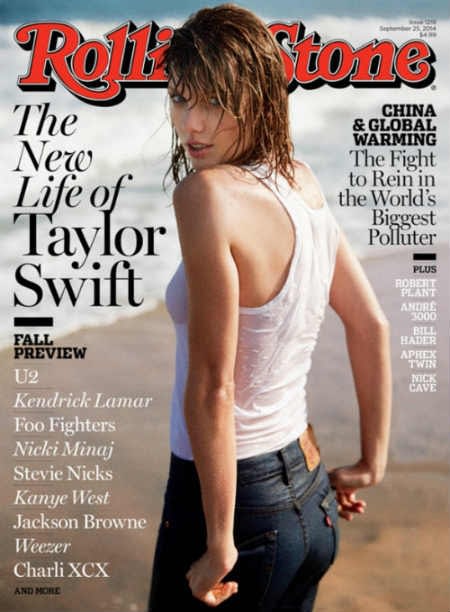 -So because I’ve been buried in TIFFness I’ve missed the blood feud brewing between Katy Perry and Taylor Swift, stemming from Taylor’s new Rolling Stone cover. Why am I not surprised that John Mayer is to blame?

-I saw Channing Tatum in the lobby of the Trump hotel (with Mark Ruffalo!) so I’m pretty much done with TIFF now. I’ve peaked.

–Robert Downey Jr. covers the new issue of Vanity Fair, in which he says “I am not my story.”

–Anna Kendrick doesn’t want your creepy gifts, even if it involves “for real diamonds.”

-Did Britney Spears let it slip that Zoe Saldana is having twins?

-Buckle in: Chris Pratt will host the season opener of SNL.

-The strict rules of interacting with Ariana Grande include making sure you do NOT photograph the right side of her face. This girl just gets more and more charming, huh?

–Beyoncé and Jay-Z are so down with love, they’re even spending their spare time crashing weddings.

-Another week, another True Detective casting rumour. If Rachel McAdams joins the cast alongside the previously rumoured Colin Farrell, Taylor Kitsch and Elisabeth Moss, I’m going to have to take back everything I’ve ever said about that show.

-Despite appearances, Miley Cyrus and Douglas Booth are not dating.

-Sweet: the Married with Children cast showed up to celebrate Katey Sagal getting a star on the Walk of Fame.

-There are not enough eyerolls in the world to cover these photos of Justin Bieber strutting down a runway shirtless.

-Oh, are we not supposed to call Mike Tyson a convicted rapist? Perhaps he shouldn’t have raped anyone.

–Shia LaBeouf has pleaded guilty to disorderly conduct stemming from that outburst at Cabaret and has been ordered to complete six months of outpatient rehab.

-A new trailer for Brad Pitt’s Fury has landed.