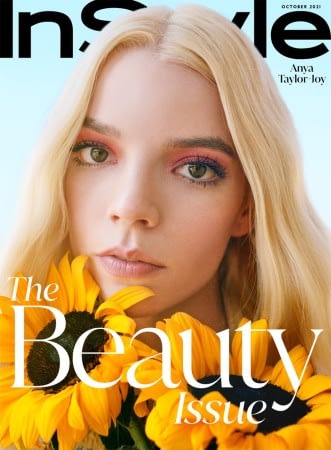 –Anya Taylor-Joy covers Instyle’s Beauty Issue. She talks about how her friends keep her grounded (“I also have great friends who tease me mercilessly if I even hint at being overworked or stressed. They’re like, ‘Oh yeah, honey, it’s so sad that you have to go get on a plane and go do whatever'”) and learning boundaries (“I really struggle with wanting to give everybody everything all of the time”).

-Besides Dune, her new movie (Edgar Wright’s Last Night in Soho) is the hottest ticket at TIFF. A new trailer dropped today and it’s both creepy and intriguing.

-Big news broke last night: Jamie Spears asked a judge to end his daughter’s 13-year conservatorship. There’s chatter that he didn’t want to deal with the “pressure” Britney’s new attorney has kept up on him, accusing him of abusing his power over her and of dissipating her estate. He also resisted Jamie’s attempts to be compensated for stepping down as her conservator, saying there was nothing to negotiate and that Jamie should resign immediately.

-Though this is a good step forward, ending her conservatorship likely won’t be a quick process.

-Last night’s other big news: John Mulaney appeared on Seth Meyers’s show last night and spoke candidly about his intervention and subsequent trip to rehab, and confirmed he and Olivia Munn are expecting. Meanwhile, the discourse around him has grown exhausting. I think two things can be true at the same time: people are very invested in his personal life because he’s made that such a huge part of his standup that they’re now pushing back against (unjustified) feelings of betrayal, but also he traded on his rep as Hollywood’s “good guy/non-toxic celeb/the marriage guy” a little too heavily to make the timeline of events (not to mention his ex wife’s reactions) sit well with some folks. This thread pretty much nails it.

-Speaking of the timeline, he opened the interview with some clarification (or revision?). He said he first went to rehab in September last year, split from his ex-wife in October, then relapsed and went back to rehab for two months, and didn’t start dating Munn until the spring.

–Kylie Jenner announced that she and Travis Scott are going to have another baby with this cute Instagram video, and fans are convinced she hinted it’s a boy.

–Bob Odenkirk posted a photo of himself look happy and healthy back on the set of Better Call Saul.

-This Vulture review of Drake‘s new album is the best one I’ve read yet. “It is a trip through a world we already know. There are no surprises in its landscapes. Maybe this is the source of its appeal.”

–Nicole Kidman made an ad about why everyone should return to AMC, and a lot of people are pointing out that her watching movies in an empty theatre is kind of missing the point.

–Eva Longoria has resigned from the Time’s Up board amid the organization’s turmoil.

-Though no official cause of death has been determined yet, authorities are reportedly investigating Michael K. Williams‘ passing as an overdose.

-Zoey’s Extraordinary Playlist has been officially revived by as a Christmas TV movie by Roku, marking their foray into original programming.

-Netflix dropped a trailer for Midnight Mass, Mike Flanagan‘s follow up to The Haunting of Bly Manor. Saracen!

–Riz Ahmed plays a Marine who goes on a rescue mission to save his two young sons from an alien threat in the Encounter trailer.