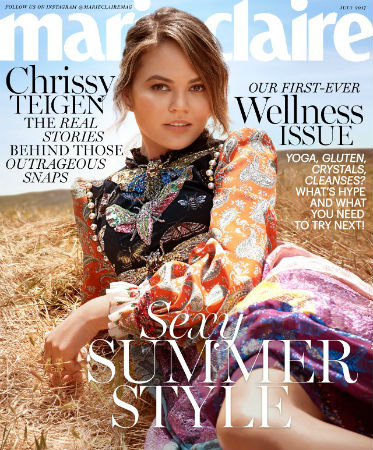 –Chrissy Teigen looks great on Marie Claire! (Gucci did right by her.) And despite all the attention her “butthole” quote is getting, she actually talks about other things, including postpartum depression, a desire to adopt, and her tendency to be too honest.

–Jada Pinkett Smith went on Twitter to list all the ways All Eyez on Me misrepresents her relationship with Tupac Shakur.

–Bill Cosby‘s jury is still deadlocked after 37 hours of deliberations, and tempers are starting to flare.

-Meanwhile, the judge in the case is not amused by Cosby’s PR machine.

–Chris Hemsworth improvised his best bits in Ghostbusters? He also improvised the “he’s a friend from work” line in the new Thor trailer?  Damn, now I have to change my Chris rankings again.

-This is a really interesting read from Buzzfeed on how Kim Kardashian‘s first pregnancy ushered in an age of pregnancy performance in public.

-I have a really complicated relationship with my feelings about Joss Whedon. He created two feminist-leaning shows that were chocked full of the amazing female characters I needed to see in my formative years. He also created Dollhouse, in which the lead character was basically a mindless sex doll every other week. He still bangs the drum for female stories. But he also created this super pervy script for the Wonder Woman, which leaked last night. It’s bad. Like, really, really bad, especially when compared to what we ended up getting. It’s so bad that women who were hilariously live-tweeting it had to give up. I agree with this thread about how even the most well-meaning Hollywood players have to actively work to be better.

–Barack Obama paid tribute to Jay-Z during the Songwriters Hall of Fame induction, and he might have revealed the sex of Beyoncé and Jay Z’s twins.

–Jay Z made a rare return to Twitter to thank all the rappers who’ve inspired him (including Beyoncé).

–Ashton Kutcher says his and Mila Kunis‘ 2-year-old daughter “occasionally tries to murder the young one” with over-enthusiastic squeezing.

–Leonardo DiCaprio has voluntarily surrendered to the government an Oscar awarded to Marlon Brando.

-This video of Naomi Campbell doing yoga in a doorway is insane.

–Colin Trevorrow (who got handed the keys to the Jurassic Park and Star Wars: Episode IX after only doing Safety Not Guaranteed because he’s a white dude), is getting SAVAGED by critics for his new movie, The Book Of Henry.  So much so that people are starting to wonder if he’ll lose the Star Wars gig because of it.

-This is an excellent read on what we’re losing with the end of Orphan Black. It’s the show I always point to when making a case for character over plot. I haven’t been able to follow what’s going on for years, but I keep watching because they make you care so much about the “seestas.”

–Drew Barrymore is dating an exec at the company that makes her cosmetic line.

–Rihanna is the best thing about DJ Khaled’s new video. (The worst thing is the Santana sample.)