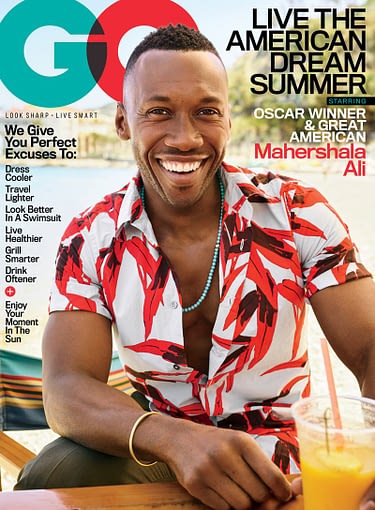 -I’m not saying I ate a burger for lunch solely because I spent so much time this morning staring at this photo of Mahershala Ali from his new GQ spread, but I’m not NOT saying that either…

–Beyonce has reportedly delivered her twins and her dad was the one to break the news, which deprived us all of an epically posed Instagram announcement from B herself.

-The Bachelor couple who’s wedding was supposed to air on Bachelor in Paradise went through with the ceremony this weekend. I’m so curious about what the show’s likely cancellation means for contracts. If you were promised a televised wedding and then said television show gets shut down, what do you get instead?

–Ryan Reynolds teased the Deadpool sequel by posing outside the X-Men mansion in Vancouver (or, as I like to call it, Oliver Queen’s house).

-Bless Buzzfeed for asking Sofia Coppola why her remake of The Beguiled (which is set during confederacy) erased the female slave character.

–Justin Bieber swears he’s never going to jail again. He posted it on the internet so it must be true.

-I love that the internet is flipping out over Gal Gadot‘s husband’s “wonderful” shirt.

-The Mummy’s director Alex Kurtzman says “we made a film for audiences, not critics.” But audiences scored it really low too, so?

–Miley Cyrus called out Dolce & Gabbana for their “politics” and Stefano Gabbana responded with an Instagram rant.

-Rough Night wasn’t projected to do well this weekend, but no one expected Mandy Moore’s shark thriller 47 Meters Down to beat it.

-This is a good piece on how the Bill Cosby mistrial is a harsh reminder of the power of celebrity and the limits of our institutions.

-After many delays and production troubles, Star Trek: Discovery will premiere Sept 24 – which is 8 months after it was originally set to debut. It airs on CBS’s subscriber-only portal All Access in the States, but it will air on the Space Network here in Canada.

-Speaking of rebooted shows, Will & Grace will premiere Sept 28.

-Here’s our first look at Pitch Perfect 3. This franchise is my BFF’s movie comfort food, so I’ve already resigned myself to rewatching it 37 times.