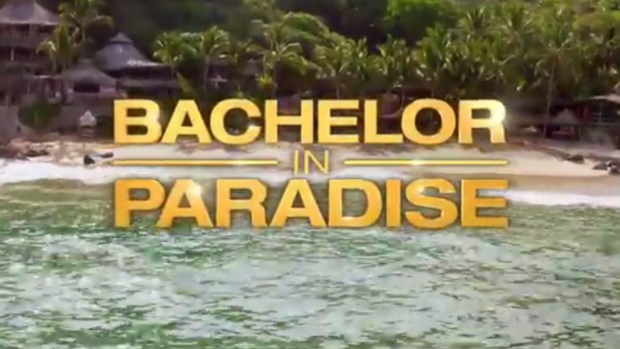 -Man, the story about the production shutdown of Bachelor in Paradise got real serious, real fast. The cast of left Mexico after ABC and Warner Bros. halted filming and released a statement referring only to “allegations of misconduct.” Then People reported that two contestants had a sexual encounter, and there was a question of whether the female was sober enough to consent. A producer reportedly didn’t show up to work the next day and filed an official complaint about how the cameras kept rolling. The female contestant is now reportedly saying she was black out drunk and production should have stepped in. So don’t expect that show to come back ever.

–Meghan Markle participated in a live reading of the Suits pilot at the ATX fest over the weekend, where she expertly deflected questions about her relationship with Prince Harry.

-There was an Alias panel at ATX on Saturday, which meant my Twitter feed was filled with awesome old GIFs of Jennifer Garner kicking ass. They teased a possible revival but I’m not hopeful.

-At the Goop Wellness Summit (yup, that’s a real thing) on Saturday, Cameron Diaz said she made a decision to disappear from Hollywood for a while.

-Luther starring Idris Elba will return with a 4-episode season. PLEASE bring back Alice! Even if last season seemed to make that impossible.

–Jessica Chastain tied the knot this weekend in Italy in a ceremony that was attended by Anne Hathaway and Emily Blunt.

-This is a great little video of the Crazy Ex-Girlfriend creators explaining how they sneak smut onto network TV.

–Alison Brie says she was asked to take her top off during an Entourage audition (she later clarified that she was wearing a bikini top).

-This article about how Carly Rae Jepson is just for teens is a whole lotta bullshit. “Adult women love Carly Rae Jepsen in part because of the teenageriness of her product.” Shut up. “Cut to the Feeling” is the perfect summer jam and anyone who says differently can fight me.

–Sir Patrick Stewart did the ‘Shoey’ after the Canadian Grand Prix, which proves that it’s still disgusting, no matter who does it.

-This article on how Kylie Jenner and Khloe Kardashian profit off black creativity is so worth your time.

-I was having trouble figuring out why there are like 5 episodes of The Americans stacked up on my DVR and I had no desire to watch them, even though that’s been by favourite show for the past few years. This article on the latest season sums up its problems nicely.

-You can thank Kyle Chandler and Connie Britton for Coach Taylor and Tammi never breaking up on Friday Night Lights.

-On The Graham Norton Show, Rachel Weisz told a terrifying tale of a horse falling on her while filming her latest movie.

–Demi Lovato and Wilmer Valderrama appear to still be friendly a year after their split.

-New Girl’s Jake Johnson told a story about filming with Tom Cruise and being afraid to use his gym at the same time, until Tom told him: “Let me make something crystal clear: I don’t care what anybody on the crew says to you, they don’t know what I’m saying to you. And I’m saying to you that you are always welcome. I don’t care what I’m doing in there. You’re not other. You’re my castmate. Come in.” Say what you will about that guy, but “you’re not other” is a damn good line.

-Meanwhile, The Mummy was a huge flop in North America, but it nabbed $141.8M around the world and opened No. 1 in 46 markets, making it Tom Cruise’s best international opening.

-Also, Wonder Woman fell a mere 45 percent in its second weekend to $57.2M. That’s one of the lowest drops ever for a superhero tentpole, proving this movie is going to have legs.

–Jennifer Lawrence was unharmed after her private plane made a scary emergency landing.

-The This Is Us cast doing dramatic readings of Mandy Moore‘s iconic hit “Candy” is very fun.