-The Critics’ Choice Awards were last night, but I only caught the last 20 minutes. From what I saw, the red carpet was more exciting than the show itself.  Allison Janney and Saoirse Ronan continue to kill it fashion-wise.

-Also, look how happy the little girl from The Florida Project looks with Angelina Jolie!

-The Mark Wahlberg story continues to unfold in horrifying ways.  A source told USA Today that his contract included costar approval and “what he said was, ‘I will not approve Christopher Plummer unless you pay me.’ And that’s how he (expletive) them.” Also it also seems like the initial justification circulating that Michelle Williams was contractually obligated to do reshoots and Wahlberg wasn’t isn’t even true, so it just gets worse and worse. This isn’t about how’s a better negotiator; this is about who’s a garbage person and who isn’t.

-He’s not the only one benefiting from the Me Too movement. Hollywood publicists are charging up to $30,000 in “project” fees to handle clients accused of harassment.

–Daniel Radcliffe broke his silence on the Johnny Depp casting controversy in Fantastic Beasts. He very diplomatically praised his Harry Potter producers, while wondering why his costar Jamie Waylett was dropped from the franchise for a weed offence.

-Wait, Taylor Swift‘s new video is for End Game?, that crappy song with Ed Sheeran?  Seriously, did everyone just forget that Gorgeous is also on that album?!

–Issa Rae might have turned down Drake at a Golden Globes party and now that’s all I want to talk about!

-There’s more talk that Proud Mary being buried. A Thursday night screening in Detroit with 80 tickets pre-sold was reportedly cancelled by the studio an hour before showtime. That’s bananas.

-Just when I thought The Good Place couldn’t surprise me more comes last night’s episode. Also, this interview with Jameela Jamil (who plays Tahani) is great. This was her first acting gig!

-It sounds like Matt Smith got a little tipsy at James Corden‘s wedding.

-And here’s the first trailer for Alan Ball‘s Here and Now, starring Tim Robbins, Holly Hunter, Sosie Bacon, Jerrika Hinton. Vulture calls it “HBO’s version of This Is Us.” 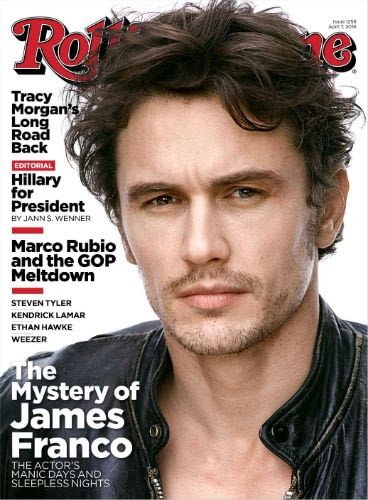 (I’m heading to the Maritimes tonight for an extra long long weekend, and I won’t be back until mid-next week. Until then, feel free to amuse yourself by watching the best Channing Tatum dance routine ever.)

-At the TCA today, the president of Fox said Cory Monteith‘s Finn will be written out of the show in the third episode, which will “deal directly with the incidents involved with Cory’s passing and the drug abuse in particular.” He also added that the sixth season will probably be the show’s last.

–Harry Potter star Bonnie Wright seems to have gotten over her split from Jamie Campbell Bower. She was spotted making out with a mystery man while on vacation.

–Beyonce shared an adorable Instagram photo of her family’s collection of Timberlands.

–Evan Rachel Wood revealed on Twitter that she had a natural home birth inspired by Ricki Lake‘s documentary, The Business of Being Born.

-Oh, how the mighty have fallen. Jennifer Lopez is reportedly very close to signing a deal to return to American Idol.

–The New York Times posted a fantastic video with the cast of Breaking Bad. It’s over an hour long, but soo good!

-I have lots of complicated feelings about Officer Bennett on Orange Is The New Black. One one hand, I think we’re supposed to be leery of how he’s taking advantage of his power to have a relationship with an inmate. On the other hand, he’s sooo dreamy. This interview with the adorable actor doesn’t help.

–Justin Bieber has taken to wearing a Guy Fawkes mask, which is the least disturbing thing about him these days.

-Meanwhile, Bieb’s BFF Lil Twist has been named in a battery report filed by a woman who claims the incident took place in Bieber’s house.

–Miley Cyrus, please stop doing things like this. Whatever this is.

–True Blood‘s Ryan Kwanten plays Marvel villain Venom in a new short film. That might be the worst New York accent I’ve ever heard, but he’s still a cutie.

-Meanwhile, if you want to watch Aniston talk about cradling balls, check out the new NSFW trailer for We Are the Millers.

-If you thought having Stephen King as a dad just meant enjoying awesome bedtime stories and Cujo residuals, think again. He made his kids read Anna Karenina out loud.

-The plot thickens in the Simon Cowell saga. He hasn’t commented on reports that he impregnated his best friend’s wife, but his friend just named Cowell in his divorce papers.

–Aubrey Plaza has a girl crush on Amy Poehler. Who doesn’t? Did anyone see her on Hollywood Game Night last week? The only thing better than Amy Poehler is Drunk Amy Poehler.

–Denzel Washington‘s wife said no to his first two marriage proposals. If only she’d said no to the third.

–Rob Lowe may be leaving Parks and Rec at the second half of next season, but that doesn’t mean he’s leaving NBC. The network is reportedly trying to finalize a development deal with him.

-A new Elysium clip has surfaced.

-The first trailer for Lone Survivor, starring Taylor Kitsch, Eric Bana and Mark Wahlberg , has landed. So many feels!