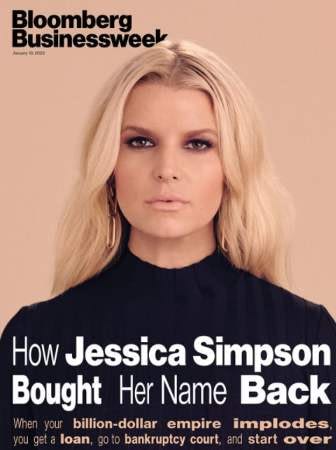 -Bloomberg’s latest cover story is about how Jessica Simpson’s billion-dollar fashion brand fell into the hands of the wrong company, and her expensive two-year battle to get it back that involved getting a loan, going to bankruptcy court, and considering borrowing against her mortgage.

–Denzel Washington says he doesn’t even remember clashing with Ellen Pompeo on the Grey’s Anatomy set, which is a delicious burn.

–Nicolas Cage and his wife are expecting a baby.

-No disrespect to West Side Story’s Ariana Debose but she’s not even the lead of that movie and yet she’s hosting SNL next weekend. This seems to be more about Omnicron than her, but yay for Broadway fans.

-Yikes. Production on Star Trek: Picard has been shut down since Monday after more than 50 people(!) tested positive for covid.

–Jessica Chastain was on Ellen’s show and told a story about the time she threw a party and her grandmother sat on Bradley Cooper’s lap. “He looked horrified, actually. He had never met her. He didn’t know who she was. I saw it kinda happening in slow motion where I was like, ‘No!’ I just started going, ‘It’s my grandma! It’s my grandma!’ Then he was like, ‘Okay. Hi, Grandma.”

-I really liked this article on all the literary allusions and alliterations in The Lost Daughter.

–Tom Holland says he once pitched Sony on an origin film in which he plays a young James Bond. “It didn’t really make sense. It didn’t work. It was the dream of a young kid, and I don’t think the Bond estate were particularly interested.”

–Joyce Carol Oates is always a wild follow on Twitter, but yesterday was even more wild than usual.

–Britney Spears is back to posting nudes on Instagram and we all have to be ok with it because she’s allowed to do whatever the hell she wants. (Her earlier post about how excited she was to go to a restaurant and how she hadn’t had a glass of wine in 13 years kind of broke my heart.)

-Search Party returns tomorrow for its final season and I can’t wait.

-There was a fascinating Vulture article in the fall about how someone in the book industry kept stealing manuscripts, and no one knew who it was. They finally found him! The FBI arrested a young rights coordinator at a major publisher.

–Janet Jackson reflects on stardom and scrutiny in the trailer for her new doc.

–John Cusack stars in the Pursuit trailer. I can’t believe Emile Hirsch is still allowed to be cast in things…