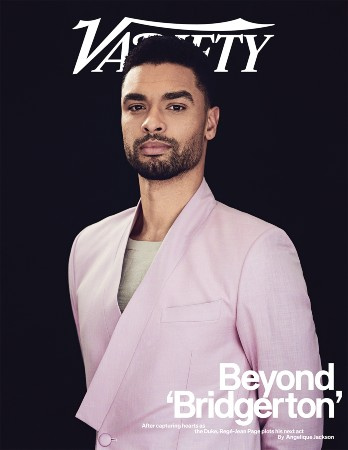 –Regé-Jean Page compared his controversial Bridgerton exit to graduating high school. “You’re afraid of the unknown, thinking, ‘Oh, my God, I’m never going to make friends as good as the ones I have,’ and then you do.”

–Ariande Grande’s wedding pics are here — I like her dress.

–Angelina Jolie and Brad Pitt‘s children won’t get to testify in their own custody hearing.

-A New Hampshire police department has an active arrest warrant for Marilyn Manson after he allegedly spit on a camerawoman.

-Amazon just bought MGM for $8.45 billion. Well, that’s one way to get the Bond franchise.

–Ryan Reynolds opened up on social media about struggle with anxiety. “We don’t talk enough about mental health and don’t do enough to destigmatize talking about it. But, as with this post, better late than never, I hope…”

-The Friends Reunion reviews are in. It sounds like when it’s just the six of them alone talking on the old sets, it’s a lovely trip down memory lane, but then there are all these other people who keep getting in the way.

-The reviews are also in for Emma Stone’s Cruella. Sounds like its stylish but hollow.

-Speaking of reviews, Netflix’s Sweet Tooth is getting glowing ones. It’s exec produced by Robert Downey Jr and his wife.

–Alan Dershowitz is suing Netflix over being depicted in the Jeffrey Epstein series.

-The CW’s Powerpuff Girls pilot is being retooled for being “a little too campy” and “not feeling as rooted in reality as it might have.” I wonder if this decision was made after the script leaked on Twitter, which lead to lots of mocking.

-Netflix’s Dash & Lily and Julie and the Phantoms (among other streaming shows) were nominated for Daytime Emmys. Weird.