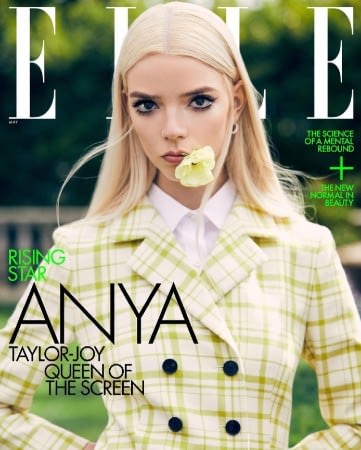 –Anya Taylor-Joy is stunning on the May cover of Elle. She talks about not really understanding the popularity of Queen’s Gambit at first (“[I was] seeing texts like, ‘A lot of people have watched the show’. I’m not great at numbers. The most I can hold in my head is, like, a stadium’s worth”), and being BFFs with her Emma costar Mia Goth (“She was the first actress close to my age that I met, and we had a very cool conversation where I was like, ‘I love you,’ and she said, ‘I love you.’ And I said, ‘I’m always going to have your back.’ And she was like, ‘I’m always going to have your back.’ It was like, ‘Okay, cool. Let’s progress in this very wild industry, knowing that we’re going to take care of each other'”).

-I loved this profile on Keke Palmer.

-For the first time since coming out as trans, Elliot Page spoke to a trans journalist in this new Vanity Fair interview. (There’s also a clip from his upcoming interview with Oprah.)

-I didn’t see this one coming: Rita Ora is reportedly dating director Taika Waititi. He is in Australia shooting the next Thor movie, while she’s there for The Voice.

-Paddington 2 has now surpassed Citizen Kane as the top rated film of all time on Rotten Tomatoes.

-The Gossip Girl reboot is dropping in July.

–Rachel Bilson insists she and Rami Malek are “all good” after he asked her to take down of photo of them together.

–Martin Scorsese has become a TikTok star thanks to this video by his daughter quizzing him on items in her makeup bag.

-Netflix is staying in the Noah Centineo business. He’ll star in a limited series about the CIA.

-Here’s the trailer for season two of HBO’s Betty. I found this show to be so chill and comforting during the worst of last year.

-Me: I don’t want any more pop culture references to or reboots of the Great Gatsby. Also me: Florence Welch is writing a musical about it? Sign me up!

–Zoe Kravitz and Jonah Hill are working on something together. Maybe?

–This thread by the guy from 30 Rock must have taken decades to put together. I admire that kind of commitment.

-I’m glad that Ed Helms‘ new movie Together Together is getting lots of buzz. I found it a very sweet exploration of platonic friendship.

-The first trailer for Chris Pratt’s sci-fi action movie The Tomorrow War is here. It hits Amazon Prime in July. 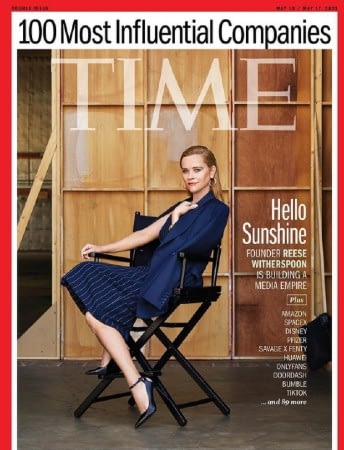 –Reese Witherspoon‘s media company Hello Sunshine (which secures screen rights for books and articles in an effort to provide women in Hollywood with quality material) was named one of Time’s most influential companies.

-Welp, it keeps getting worse. Anthony Hopkins’ reps reportedly pleaded for him to be allowed to deliver his acceptance speech via Zoom since the 83-year-old didn’t want to travel to the Oscars hubs in Dublin or London, but the Academy didn’t allow it.

–Glenn Close insists her “Da Butt” dance was “completely spontaneous” — but she had a little help leading up to it. “We had the MOST FUN at our table at the Oscars last night. Chris Terrio, one of my best friends, who won an Oscar for the screenplay of Argo, was my gallant escort. Daniel Kaluuya and Darrell Britt-Gibson were wonderful table mates. I knew that Lil Rel was going to quiz me about ‘Da Butt’ and all three guys helped me run through what I was to say. Darrell insisted that I mention the Backyard Band, on top of E.U., Suga Bear and the whole DMV. I had googled ‘Da Butt’ and watched Spike [Lee]’s music video so when Lil Rel asked if I could do the dance…you can actually see me think of the video. That part was completely spontaneous. Daniel, Darrell and Chris egged me on!!! It was ALL their fault.”

-This was a good piece on how this year’s Oscars ceremony did nothing to help boost the visibility of the nominees.

-After her Oscar win, Yoon Yeo-Jung made it clear in a Korean interview that she wasn’t fangirling Brad Pitt. I’m not sure her complaints about his production company not upgrading her flights when making Minari make sense though. It was a tiny movie with a tiny budget, so that seems par for the course.

–Joe Rogan currently has the number 1 podcast on Spotify, which means millions and millions of people are listening to him, and he’s using his huge platform to say stupid shit like this.

–Britney Spears‘ sandwich tutorial on Instagram is very sweet, if a little confused.

-Meanwhile, after years of silence, Britney Spears is set to speak in court on her long-standing conservatorship case.

–Elizabeth Banks will star in and executive produce an animated update of The Flintstones, titled Bedrock.

-Wanna be neighbours with Drake? This $45 million under-construction mansion on his street just hit the market.

-There was lots of chatter on Twitter today about Aaron Taylor-Johnson and Sam Taylor-Johnson getting a divorce, but I don’t see any credible sourcing. The only news about them recently is they’re selling their Hollywood Hills home.

-A camera operator on Tom Cruise‘s 1988 comedy Cocktail recalled the time the actor saved Elisabeth Shue‘s life from a helicopter blade: “He lunged after her, but only was able to grab her legs, tackling her to the ground..In that instant, he truly saved her life.” He was also recently spotted saving a cameraman from falling off a train during a stunt on the production of the latest Mission: Impossible movie. It’s kind of astounding how many times Cruise has been a real-life hero, but also — why are movie sets death traps?

-Oof. St. Vincent reportedly got an interview pulled because she found the questions “aggressive.” This trend of musicians fighting against music journalists for simply doing their job is getting old.

-The Falcon and the Winter Soldier’s head writer tried to explain one of the show’s worst decisions. It reminds me of this Ringer piece about how the show raised a bunch of tough questions it just wasn’t equipped to explore.

-This is a lovely thread on celebs who are nice. I love whenever these come around.

-Legends of Tomorrow is the only show that can drop a trailer featuring time-travelling aliens, characters turning into cartoons, and a spoof of The Masked Singer, and I’m still all “let’s gooooooooo!”

-I’m really liking Shadow and Bone on Netflix, mostly because they made a number of smart changes from the book that improved a number of its characters.

–Lily James stars in the new trailer for the BBC One miniseries The Pursuit of Love.

–Rose Byrne plays a quietly tormented ’80s housewife whose life changes when she discovers aerobics in the trailer for Apple+’s Physical. Yes, please!!