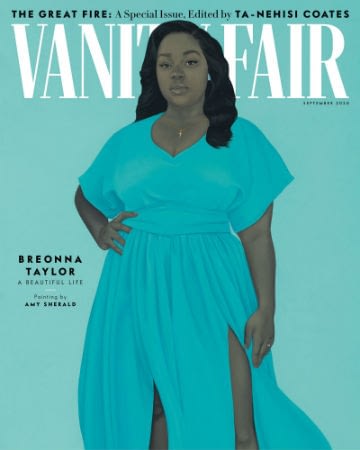 –Drew Barrymore appeared on Hot Ones and confirmed a long-standing rumor that Errol Flynn and W.C. Fields stole the body of her grandfather, John Barrymore, from the morgue and brought it to a poker game. She added: “I hope my friends do the same for me… That is the kind of spirit I can get behind. Just prop the old bag up, let’s have a few last rounds.”

–Jennifer Garner hosted an adorable Q&A with the cast of Schitt’s Creek.

–Britney Spears’ conservatorship, which was set to expire this weekend, has been extended to Feb. 1 of next year. The judge asked her lawyer to file a petition with the court to remove her father as conservator by Sept. 18.

-In her upcoming YouTube documentary, Paris Hilton breaks her silence about the physical and verbal abuse she claims to have suffered at Provo Canyon School she attended as a teen.

–Chrissy Teigan has offered to buy Amazon wishlists for teachers.

-Teen Wolf’s Tyler Posey took to Instagram to decry the attacks on three trans women in Los Angeles last week. “I’ve been with trans women before. I’m confident with my sexuality…I don’t give a shit what anyone thinks about me. I’m not making this about it. It just pisses me off. To the people who were laughing and filming it, I don’t know. This is a sad day. Maybe my share will help people get the f*ck over whatever they’re holding onto.”

-I don’t watch Selling Sunset but feel like the rest of the world does? In any case, Mary Fitzgerald and Romain Bonnet were actually married two whole years before their TV wedding.

–Larry King said Saturday that two of his children have died within roughly three weeks of each other. His son Andy passed away of a heart attack in late July, while his daughter Chaia died last week after recently being diagnosed with lung cancer.

–Carol Burnett is seeking to become the legal guardian of her teenage grandson as her daughter struggles with substance abuse.

-Meanwhile, Warner Bros says Tenet can only play in drive-ins if indoor theatres in that particular market are open, and they want to hold back the movie “from areas where traditional venues are closed in order to help preserve the twists and turns of the plot.” Um, who’s gonna break the news to them about a little thing called The Internet?

-Here’s an interview with the creator of DeuxMoi, an Instagram account that has blown up over the last few months because it posts anonymous DMs about celebrity encounters. They usually post way too much for me to keep up with daily, but I enjoy dipping in. These past few weeks have been mostly about negative encounters with Lauren Graham, Ben Stiller and Katy Perry, and nice encounters with Snoop Dogg, Steve Carell and Michelle Monaghan.

-Check out Robert Pattinson as the Caped Crusader in the first trailer for director Matt Reeves’ gritty The Batman.

-Here’s the trailer for Steve McQueen‘s Mangrove, which tells the true story of the Mangrove 9, a group of Black activists who clashed with London police during a protest march in 1970 and their highly publicized trial that followed. It stars Letitia Wright, Shaun Parkes, and Malachi Kirby.