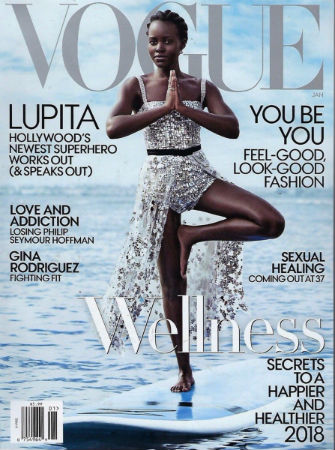 -I was not expecting Lupita Nyong’o to land the January cover of Vogue, but I’m not complaining!

–Nicole Kidman is me that one time my mom was sick and I had to make the entire Christmas dinner on my own.

-I love how the internet is obsessed with the Netflix movie A Christmas Prince. I didn’t like it and yet will probably watch it at least twice again before Christmas.

–Fergie is talking about her past addiction to crystal meth.

-I really like Jane the Virgin’s Justin Baldoni. He’s super earnest and that usually bugs me, but for some reason it looks on him. Here’s a part of his TED Talk on supporting women.

-This NYT profile on Gabrielle Union is excellent, and she brings up a very valid point. “I think the floodgates have opened for white women. I don’t think it’s a coincidence whose pain has been taken seriously. Whose pain we have showed historically and continued to show. Whose pain is tolerable and whose pain is intolerable.” This video is incredibly powerful.

-It must suck to be Kate Winslet on this press junket, where she can’t help but answer questions about the film’s director, Woody Allen. Still, she’s got to be able to do better than this.

-Great take on how Al Franken isn’t being denied due process. None of these famous men are.

-Read the room before making jokes like this, Russell Crowe.

–JK Rowling gave an incredibly mealy-mouthed statement about Johnny Depp being cast as Grindelwald. It was incredibly disappointing.

-Can Lorde predict the future?

-No surprise here: there’s a big shakeup coming at DC after the Justice League failure.

-I didn’t think I had room in my life for another CW show, but this trailer for Black Lightning is doing it for me.