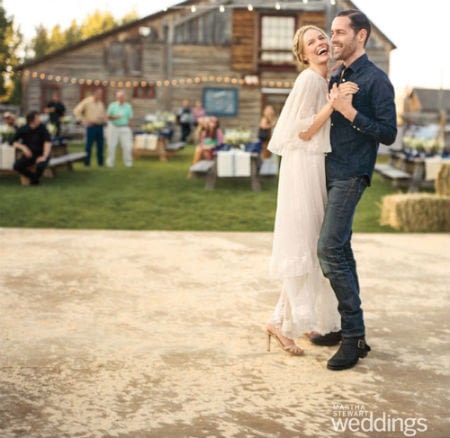 –Kate Bosworth is showing off her wedding photos in Martha Stewart’s magazine as if she’s a person we should all still care about.

–Anna Kendrick sang a tribute to Shirley Maclaine in front of the Obama and Michelle, and she killed it.

-Well, at least Amanda Seyfried has a sense of humour about TMZ’s dog rape story.

-Is Lady Gaga dropping R. Kelly as her collaborator of choice in favour of Christina Aguilera?

–Miley Cyrus is worried that Kellan Lutz is using her for her fame. Gee, ya think?

–Beyonce is defending her decision to sample audio from the Challenger tragedy in her new song.

-Is it weird that a photo of Josh Hutcherson at a baseball game made me a little teary? (I think maybe it is.)

–True Blood just let go of one of the only interesting characters left, which bodes well for their final season.

–Gwyneth Paltrow is ringing in the new year with mom jeans.

-Look how smiley Kristen Stewart is! Am I dreaming?

-She’s back to being sullen in her new perfume ad. All is right with the world again.

-Another day, another round of Jennifer Aniston bikini shots.

-Speaking of skiing, Gwen Stefani and Seal bumped into each other on the slopes.

–Jennifer Lawrence and Nicolas Hoult are still going strong. They spent the holidays together in England.

–Taylor Swift is angering her neighbors by trying to keep the local riff-raff off her beach.

–Dwayne Wade may have just proposed to Gabrielle Union, but he revealed he fathered a child with another woman when they were “on a break.” Who does he think he is, Ross Gellar?

-God bless whoever tweeted out the link to that infamous old article on Leonardo DiCaprio’s pussy posse today. Re-reading that is a great way to close out the year! 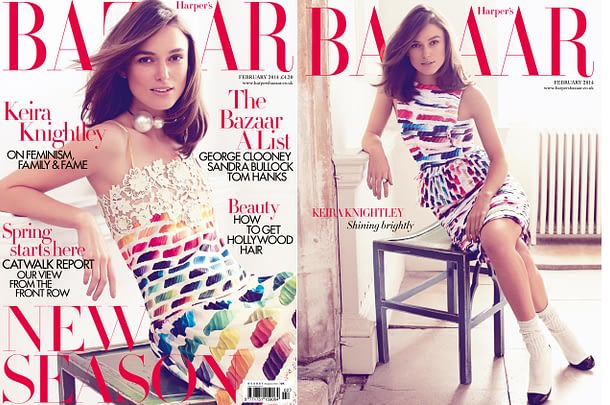 -It’s a big week for gender discussions in Hollywood. First up, Keira Knightley covered Harper’s Bazaar, where she talked about why she’s glad feminism is no longer “a dirty word.” She also revealed why she only joined Twitter for 12 hours.

-Then, Kevin Smith defended a female blogger who was harassed after she dared to diss Jay and Silent Bob.

-Also, Neil Gaiman explained how the phrase ‘strong female character’ is just lazy writing — which has been said before, but is worth repeating.

–Khloe Kardashian says her mother wanted her to get a nose job when she was just nine. Lovely!

-Wait, so are Miley Cyrus and Kellan Lutz actually a thing?!

–Paris Hilton claims she one of the top 5 highest paid DJs in the world…and the scary thing is she might be right.

–Stephen Colbert had a teeny tiny cameo in The Hobbit: The Desolation of Smaug.

-I missed this over the holidays: there’s talk that the newly separated Keri Russell is dating her Americans costar, Matthew Rhys.

–President Obama is really into critically acclaimed TV shows like Breaking Bad but he’s “way behind and frequently reminds those around him not to give anything away.”

–Lady Gaga‘s ex boyfriend is threatening to sue, claiming her new biography paints him as a villain.

–Patton Oswalt won the internet (again!) when responding to a Twitter request to sponsor his tweets.

–Shia LaBeouf continues to apologize on Twitter for plagiarizing his comic book — by plagiarizing other people’s tweets.

–Anne Hathaway was so angry with a paparazzo that she left the contents of her dog’s poo bag on his car.

-Well, this is progress: Amanda Bynes was spotted in public looking totally normal.

-Ending up at the same bar as Beyonce and Jay Z looks exactly as much fun as you’d hoped it would be.

–Michael Fassbender kind of looks like an alien on the cover of British GQ.

-Here’s our first look at Ben Affleck as Nick Dunne in the adaptation of Gone Girl.

-Before the holidays, some lucky Dubliners were serenaded by a couple of famous Christmas carolers: Bono and Glen Hansard.

-Community returns this week, and reviews of the first few episodes are glowing.

-I missed Britney Spears‘ new documentary but judging by the reviews it sounded…interesting.

-Here’s the first look at The Red Road, the new Sundance drama starring Jason Momoa and Julianne Nicholson. That channel is on fire these days with their original programming, so it’s probably worth a look.

–Idris Elba talks about learning of Mandela’s death with William and Kate. “They were just in tears with me.”

-Here’s a clip of Shailene Woodley and Theo James kissing in Divergent. This is way hotter than I was expecting for a YA movie. (Although I initially thought she asked “What’s your dad do?” not “What’s your tattoo?” so I was very confused when he suddenly whipped off his shirt…)

-I really agreed with this column about why A&E’s  decision to suspend Duck Dynasty’s Phil Robertson accomplishes nothing.

–Miley Cyrus says the reason she sticks out her tongue is because she’s insecure. Um, ok?

–Jennifer Lawrence told a story about buttplugs on Conan last night and it was totally charming. I know this schtick should be getting old by now, but it’s just not. She’s even adorable when she’s spilling breath mints.

–Patrick Stewart and Ian McKellen continue to kill it on Twitter, sharing this adorable photo with Santa.

–Kate Winslet has dared to have three children with three different men, which apparently makes her a target for some  father’s rights group.

-Have we ever seen Justin Bieber sweat this much while promoting an album? Yesterday, we had the retirement comments, and today we’re getting declarations of love for Selena Gomez.

-Also, he’s started to dress like Frank Sinatra, for some reason.

-It looks like Zoe Kravitz and Drake really are a thing.

-I like the new opening credits for Suburgatory, mostly because having them animated somehow downplays the weird sexual tension between the actors playing father and daughter.

-Want to see a very blurry photo of Jamie Dornan and Dakota Johnson kissing on the set of Fifty Shades? Yeah, me neither.

–Hugh Jackman and Naomi Watts had a double date with their spouses last night.

-Is this seriously what Rachel McAdams’ hair looks like after she gets off a long flight? I hate my life.

-How I Met Your Mother is finally going to be put out of its misery March 31.

-A bunch of new trailers landed today. First up is Cameron Diaz and Leslie Mann‘s The Other Woman, which looks like the reverse First Wives Club.

-I continue to be totally charmed by Andrew Garfield in the latest Amazing Spider-Man 2 trailer.

-A new trailer for Neighbors with Zac Efron and Seth Rogen also landed.