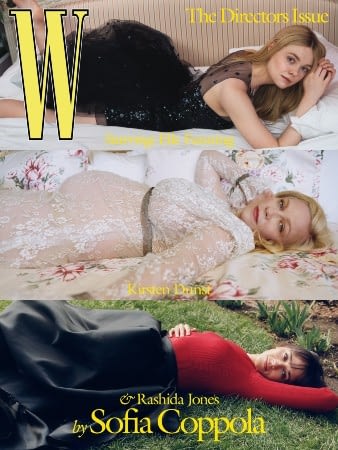 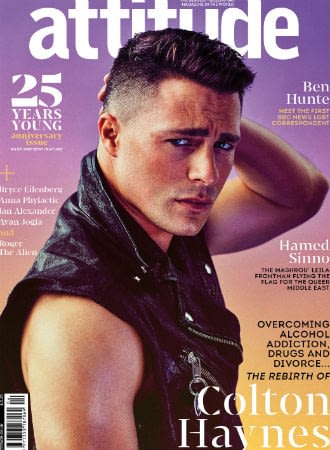 -In his cover story with Attitude, Colton Haynes says he’s six months sober after battling drug and alcohol addiction. “In 10 years, there were maybe 25 days I didn’t drink,” he said, but admits he hit rock bottom last year following his divorce and the death of his mother. “I locked myself in a hotel room at the Waldorf Astoria in Beverly Hills for seven days and was found in my room with these insane bruises all over my body…I almost ruptured my kidney, ended up in the hospital, ended up in 5150 psyche hold. I was on such a destructive path that I could not function. I lost partial sight in my left eye for a while. I ended up having two seizures. I didn’t know any of this was happening until I was sober enough to remember it.”

–Katie Holmes and Jamie Foxx dispelled those split rumours by going for a walk in NYC. I have so many questions about their wardrobe. If it’s cold enough for both of them to be wearing toques, then why is she only wearing a thin jean jacket?

-Hmmm, this is interesting. Angelina Jolie may be pivoting away from her recent directing roles…to become a Marvel superhero. Which is not a bad career move (it’s actually pretty badass branding), but it’s a big diversion from where she’s been focused the last few years.

–Wendy Williams was spotted out with her husband, even though he reportedly just welcomed a child with his alleged mistress.

–Pete Davidson reveals he once offered to pick up the bill for Kanye West’s extravagant dinner – and then immediately regretted it. “Kanye kept ordering the whole entire time. I didn’t know he was coming and I already put my card down because I thought it would be just me and [Kid] Cudi. Then, [Timothee] Chalamet showed up and then Kanye showed up and I was like ‘Oh, f**k’. And then I had to book two more gigs in Ohio.”

-This is lovely: Jason Momoa was honoured by local First Nation residents with a traditional fish feast while filming in B.C.

-People who saw Us are really into Winston Duke’s thighs. I haven’t even seen the film and yet this makes a lot of sense to me.

–Ariana Grande has created a stir with a highly restrictive photo agreement for her upcoming Sweetener tour that has news outlets crying foul.

–Rashida Jones reflected on #MeToo and Time’s Up during a panel discussion this week: “For these movements, there’s always an inflection point, and so many inflection points that are started by black women are missed. I do believe there is some version of this country and our lives that would be different if people listened to black women.”

–Julianna Margulies gave an interview to a French magazine and said that she hasn’t appeared on The Good Fight because they refused to pay her as much as she was getting before.

–Issa Rae looks amazing on the cover of Essence.

-The To All The Boys I’ve Loved Before sequel has found its John Ambrose McClaren. Jordan Fisher, who recently played Mark on Fox’s Rent Live, has been cast.

–Joseph Gordon-Levitt continually pointing out that his character in 500 Days of Summer was a piece of shit feeds my soul.

-Jane the Virgin returned last night for its final season, and Gina Rodriguez talked about how she nailed that one-take, 7-minute monologue.

-The latest twist in the Jussie Smollett saga: Records show police paid for hotel rooms for the brothers.

-Remember when cord cutting was supposed to save us so much money compared to having cable? With Apple joining Hulu, Netflix, Amazon Prime, HBO Go, YouTube TV, CBS All Access (not to mention the upcoming streamers being launched by Disney, Warner Bros, etc), the streaming bubble is just about ready to burst. The Wall Street Journal nails it: “If you look at the market currently, the average consumer may have room to add a service or two but the ceiling of what a consumer will pay is soon reached.”

-It’s been a few years since I’ve seen The 100, but do they just keep finding new communities every season now? Is it like the YA version of The Walking Dead?

-The series finale of Broad City airs tonight. This final season has been fire.

-Joaquin Phoenix and Rooney Mara get religious in the Mary Magdalene trailer.

-Whoa. Gwyneth Paltrow and Chris Martin‘s daughter Apple is a stunner. I wonder if this post was her unofficial public debut? GP has always been very resistant to post her kids’ faces.

-Meanwhile, Dakota Johnson refuses to discuss her relationship with Chris Martin in a new interview but adds “but I’m very happy.”

-That collective gasp you just heard came from royal watchers when Meghan Markle dared to close her own car door.

–Cardi B and Nicki Minaj‘s drama is far from over. The latest development? A trending hashtag called #NickiStoppedMyBag.

-Also, Taraji P. Henson does a solid Cardi B impression.

-This interview with TV writer Alan Yang is great — but the best part is when he talks about how insane Secret Santa got on the Parks and Recreation set.

-Speaking of Parks and Rec alums, Rashida Jones has reportedly welcomed a baby boy with Vampire Weekend’s Ezra Koenig. I didn’t even know they were dating, let alone expecting.

-Today is all about undercover pregnancies! Rachel Weisz gave birth to her and Daniel Craig‘s first child.

–Mindy Kaling is teasing her diverse remake of Four Weddings and a Funeral, which she just started casting: “Everyone is smoking hot, and the stories are juicy.”

–Rihanna can’t catch a break. Her mansion has been broken into for the second time this year.

-You know what’s nuts about this photo of JLo’s muscles? She’s keeping her hand soft, which means she’s not even hard flexing! I’m so jealous!

-I love that Leighton Meester‘s comedy skills are highlighted in every review I’ve read for Single Parents (aka the only new sitcom I have any interest in checking out).

-What the heck is Blake Lively wearing here? (Oops, I forgot that we’re not supposed to ask her about that. Just pretend you didn’t see it!)

-Interesting to see critics pushing back at Jonah Hill’s directorial debut Mid90s. I haven’t seen it but it was met with rapt applause by male critics at TIFFs — but female critics seemed less impressed.

-Survivor is now open to contestants from Canada, in case any of you are interested and/or crazy.

-The only things I know about these characters are from silly CW superhero shows, but I’m very here for Jurnee Smollett-Bell to play Black Canary and and Mary Elizabeth Winstead to play The Huntress in the Birds of Prey movie.

-The Tea with the Dames trailer is hella cute.

-Oh wow, the trailer for Creed 2 looks so, so good!