Swift said she is not critical of her bodyguard “I’m critical of your client sticking his hand under my skirt and grabbing my ass. " https://t.co/RcgUKpLVFu

-On the fourth day of the trial in which a former radio DJ is suing Taylor Swift, claiming her allegations that he groped her butt during a meet-and-greet cost him his job, the singer took the stand to testify — and she was awesome. This asshole should have  just been grateful that all he lost was his job, but instead he decided to try to make some money off of it as if she wasn’t going to own him in court.

-I really, really hate the outfit Marie Claire stuck Emma Stone in on their cover (what’s with that hat?!), but the inside photos are lovely.

–Nikki Reed and Ian Somerhalder are officially parents to a girl, who they (unsurprisingly) named Bodhi Soleil. Oh, and Ian says he’s totally ready for babies because he has kittens.

-This is very sweet: Tatiana Maslany, Jordan Gavaris,  Évelyne Brochu, Kristian Bruun and more of the Orphan Black cast and crew praise the importance of the show’s fans, known as the #CloneClub

-Oh my god, Ringer did an oral history of the time a dog ate a heart on One Tree Hill and this might be the best thing I’ve ever read! My favourite part: [Chad Michael Murray declined to comment for this article.]

–Justin Theroux may not be very fun to live next to. His neighbor filed a complaint about endless barking from the actor’s rescue dogs left isolated for long periods, dropping heavy weights on the floor at 3 AM, and angry outbursts.

–Britney Spears was visibly shaken up after a man rushed on stage mid-concert. In the video, you can hear her ask, “Is something OK? What’s going on? He’s got a gun?”

–Kylie Jenner‘s makeup brand made $420 million in just 18 months, and it’s only getting bigger.

–Halle Berry says Storm and Wolverine were lovers in the X-Men films. This feels more like head canon/wishful thinking than fact.

–Paris Hilton is gonna have a reality show again? Who wants that? (Speaking of Paris Hilton, I recently listened to a great podcast in which a publicist and a tabloid editor talk about her gossip heyday. The most fascinating thing is that they used to meet for lunch once a week to plan out coverage of starlets…)

-With news that Selena Gomez and Elle Fanning are joining Woody Allen’s new project comes this interesting piece on why young stars still want to work with him. They shouldn’t.

–Drew Barrymore‘s interview about wine wasn’t THAT bad. This feels very nit-picky to me. (Or maybe I just have really, really low expectations of celebrities who have their own wine labels.)

-Hollywood is calling this box office season The Summer Of Hell. Really? Cause it seems to me like a lot of small-budget indies are doing just fine.

–Better Things’ Season 2 trailer has arrived. This show kind of fell under the radar but I adored the first season.

-I fully agree with this article. When it comes to TV shows, plot is bullshit.

–James Corden and Jeffrey Tambor recreated the Brandy/Monica video “That Boy Is Mine” with “The Boyega Is Mine” with John Boyega and it literally made my entire day. 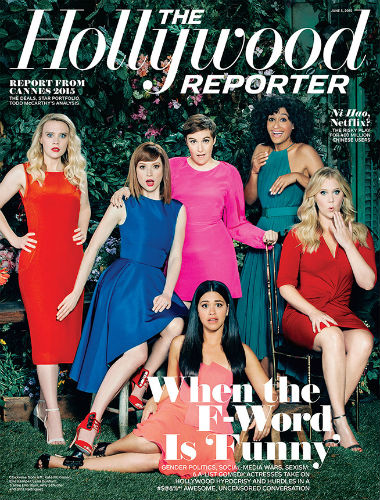 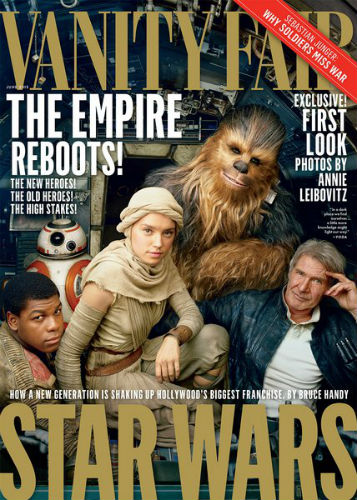 -May the 4th be with you, indeed. Vanity Fair’s new Star Wars photos solve the mystery behind Lupita Nyong’o and Adam Driver‘s  characters. Not sure how I’m feeling about Lupita’s character being purely CGI…

–Gwendoline Christie as the Chrometrooper is totally badass, though.

-Also in the issue, J.J. Abrams reveals he wanted to kill off Jar Jar Binks. Who could possible object to that?

–Sofia Vergara has broken her silence on the ongoing saga involving ex Nick Loeb and their frozen embryos.

-Here’s the first single off David Duchovny’s new album. While I was cringe-listening to it with my headphones on, my coworker asked why I was blushing, so that should tell you something…

-This story about how a lawyer fell in love with Michael Douglas’ son and smuggled drugs into prison for him is a good/crazy read.

-Ugh. Sleepy Hollow is dropping Orlando Jones. They totally misused that character in season 2 but that could easily be fixed. And that man understands and interacts with fandom like no other actor I’ve ever seen.

-If you ever wanted to watch Sean “Diddy” Combs have sex, his new NSFW perfume ad is for you. Also, what’s wrong with you?

-I, like the rest of the universe, saw Avengers: Age of Ultron this weekend, and while there was lots to like about it, I hated hated hated what they did with Black Widow. After her awesome introduction in the first movie, she was reduced to making googly eyes at a dude and sing “lullabies”? Super disappointing, especially since I expect more from Joss Whedon. This EW article sums up my issues nicely.

-In other blockbuster movie news, Harley Quinn and the rest of the Suicide Squad have been revealed — and the internet is underwhelmed. This is the second time in a week that David Ayer has tweeted out character art and been burned by it.

-A Toronto woman saw Ricky Gervais trying to hail a cab and offered him a ride — which he took.

–Busy Philips posted a hilarious Instagram pic with the drunk guy she met on a plane. It sounded a lot like when Liz Lemon met Oprah.

-Watch Justin Timberlake play a lime in this very strange tequila commercial. I…don’t get it.

-It looks like Amy Schumer is going to blow up the interwebs again with her 12 Angry Men bit, which debuts next week. Until then, her New Yorker profile is great.

–Nikki Reed is posting cutesy pics from her Mexico honeymoon with Ian Somerhalder. The paparazzi is also helping out.

–David Beckham finally got Instagram, and his first order of business was to post Spice Girl reunion pics. He’s a quick study!

-Just when you thought the Madonna/Drake kiss couldn’t get any weirder comes her comments about it.

-The Absolutely Anything trailer, starring Simon Pegg, is a total delight.