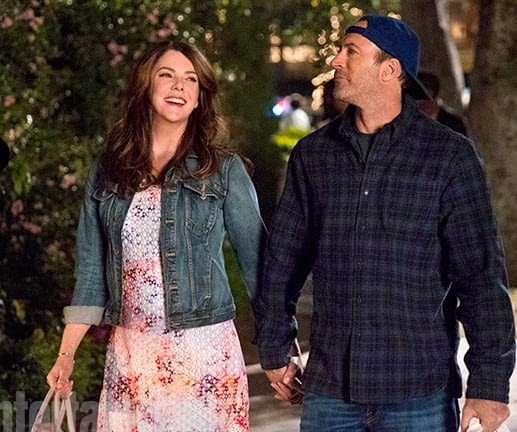 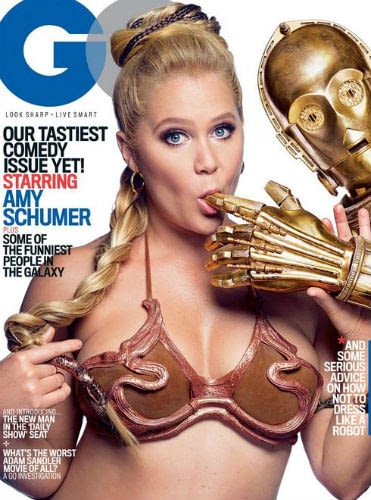 -Is it ok for me to hate Amy Schumer’s GQ cover? Because I know she’s trying to make some sort of feminist statement with it but…I hate it.

-I assumed the cast of Agents of Shield had won the DubSmash wars with this epicness, but then Agent Carter’ Hayley Atwell made this Chris Evans-assisted one. Mic. Drop.

-One Directioner Louis Tomlinson might be a dad, and his fans are NOT handling it well.

–Rachel McAdams addressed those rumours that she’s dating Taylor Kitsch — by not really confirming or denying anything.  That’s practically a marriage proposal in Hollywood, right?

-Awesome: Kanye West will close Toronto’s Pan Am Games. Not awesome: everyone in this city is being a whiny bitch about it.

-This weird, one-legged red outfit might be the first thing Amal Clooney has worn that I absolutely hate. ‘Bout time!

–Jennifer Lawrence knows her tattoo is messed up and dumb, but at least she’s owning it.

-Meanwhile, here’s JLaw in the first trailer for David O. Russell’s Joy. I like the idea that she will only work with Bradley Cooper  from here on out. I just wish their movies were good. Or that she wasn’t always aged up so much.

-Human tire fire Jesse Eisenberg is trying to walk back his comments likening genocide with interacting with fans and being paid millions of dollars to play make believe.

-I didn’t watch Hollywood Game Night last night, but the tweets rolling in about Katharine McPhee‘s trainwreck of an appearance made me wish I had.

-Yuck. Zoe Kravitz says she was shut out of an audition for The Dark Knight Rises “because they weren’t ‘going urban.'”

-Following his recent DUI arrest, John Stamos has checked himself into rehab.

-In case you weren’t sure, Bill Cosby is done. President Obama all but called him a rapist. DONE. Like, seared and roasted and chargrilled and then put into a rocket and launched into the sun.

-Meanwhile, Judd Apatow explained why he was one of the first celebs to go after Cosby: he knows one of the victims.

-Say what you will about Tom Cruise (and I certainly will) but this featurette on his stunts for Mission: Impossible Rogue Nation is pretty damn impressive.

-At what point are we allowed to be officially worried about Jimmy Fallon?

-Here’s the new trailer for Tina and Amy‘s new movie, Sisters. I. AM. SO. IN.