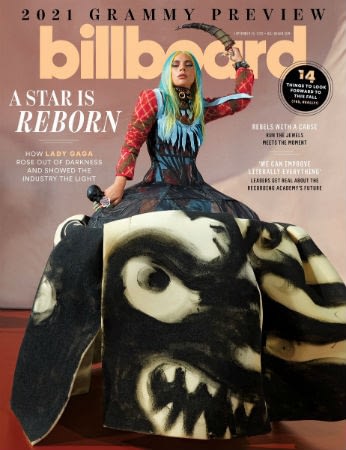 –Lady Gaga covers Billboard’s Grammy issue and talks about how Fiona Apple’s Fetch the Bolt Cutters has been getting her through isolation (girl, same), and how she became den mother to a handful of her team who are quarantining with her. I feel really bad for her because I think her new album is great and in any other year it would be taking over the world.

-Covid keeps messing with TV. ABC, which had already renewed Stumptown, reversed its decision and cancelled the show. Sources tell THR it was an expensive show to produce, and paired with missing its fall launch and a planned creative reboot for S2 with a new showrunner, ABC decided to pull the plug.

-Former TMZ on TV, Ellen and Rosie employees detail their experiences with abusive work culture for the Hollywood Reporter.

–Stanley Tucci is releasing a food-themed memoir, which would be annoying if it were anyone else.

-As a TIFF perk, me and some other members are going to be on a Zoom call with Tatiana Maslany tomorrow and they told us to prepare a few questions each. I was stumped about what to ask her and then this news dropped today: she just signed on to play She-Hulk in a new Disney+ Marvel series. Being part of the MCU means I can totally ask her about Chris Evans‘ nudes, right??

-Production on The Batman has resumed as Robert Pattinson has recovered from covid.

-We know Halle Berry has a new boyfriend from her cryptic Instagram posts but she hasn’t revealed who. Now it looks like it’s singer Van Hunt.

–Kanye West was kicked off Twitter for 12 hours for doxxing Forbes editor Randall Lane by publishing his private contact information — all because Forbes didn’t include him in their annual list of billionaires.

–Samaire Armstrong, who played Anna on The OC, is a Trump supporter and called called BLM “a billion dollar domestic terrorist organization.” Wow.

–Chris Pine and Thandie Newton are teaming up for a spy thriller called All the Old Knives which centers on two ex-lovers who are both spies that reunite for dinner when it becomes clear one of them is not going to survive the night. This sounds like a hotter Mr & Mrs Smith and I’m here for it!

-I don’t watch Real Housewives but my TL seems pretty shook up that NeNe Leakes is leaving. This feels like it will be bad for the future of reaction GIFs.

-There’s been a lot of talk this week about the movie poster for Cordelia, which makes it look like a period romance when it’s actually a modern day horror.

–Joey King accidentally kills her friend in Veena Sud’s The Lie, which hits Amazon Prime next month. I saw this at a film festival last year and liked it, though I have zero recollection of how it ends. 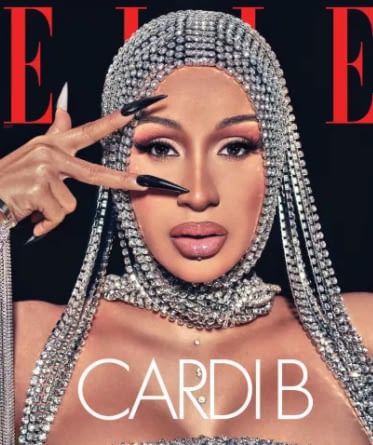 –Cardi B’s first Elle cover happens to be its most important. She doesn’t waste it either, using the interview to call out male rappers for not talking about Breonna Taylor (“She was young. She looked like she was listening to your music. She looked like she was your fan. You should stick up for her”), and criticize Trump (“Those people that he caters [to], he’s not going to do anything for them. It’s not like Republicans are getting better housing. It’s not like Republicans are getting better benefits. They’re not. He’s not doing anything for anybody”). She also addresses her controversial marriage to Offset (“I do know that my relationship has a lot of drama and everything. But there’s a lot of love, there’s a lot of passion, there’s a lot of trust, there’s a big friendship. It’s always us against the world”).

-In her new Cosmo cover story, Joey King reveals that it wasn’t easy pretending to be in love with Jacob Elordi for Kissing Booth 2 – who she split from in real life. “No one’s thinking to themselves, That was easy, because it wasn’t. I’m sure people will analyze every movement and every detail. And you know what? Let them. But at the end of the day, I was just thrilled to be Elle Evans again…What’s the most, um, correct way to go about this? Elle Evans needs her Noah Flynn, and whatever that means for my personal life, I’ll do anything to make sure the story of my character who I care about so much is complete.”

-In her Health cover story, Hilary Swank talks about returning to Hollywood after taking a five year break to care for her dad.

–Beyoncé made a fan’s day by surprising her with a sweet phone call.

-I don’t believe any numbers/ratings put out by streaming companies, but a third party analyst claims Hamilton got blockbuster views.

–Stephen “tWitch” Boss, the house DJ on The Ellen DeGeneres Show, made a supportive (I think?) comment about working for her, saying “We can’t speak too much legally about it, but I’ll say this, there’s been love. Obviously there’s some things to address, but from my standpoint and from countless others, there’s been love.”

-Former castmates and friends toast Eugene Levy while he tries not to tear up in this video.

-If I had to guess which new movie is actually going to make it into theatres in two weeks, it wouldn’t be New Mutants, which has suffered multiple delays in the past two years.

–Kanye West met with Trump’s son-in-law Jared Kushner last week  — and TMZ is saying that Kim knew nothing about it.

-This is a fantastic NYT profile on Canadian singer Kathleen Edwards and why she stepped away from the music industry for so long.

–Viola Davis didn’t actually purchase the former South Carolina plantation where she was born 55 years ago — her caption meant she owns the “story” not the house.

–Roxane Gay is adapting her graphic novel for the big screen. Give her all the moneys!

–John Leguizamo coaches the first chess team from an inner city to win the U.S. National Chess Championship in the trailer for Critical Thinking.

-Is Pink wearing a giant slinky earring in her Billboard photo shoot, and if so where can I get one?

–Jane Fonda‘s mission to get arrested every Friday during climate protests continues — and this time she brought Rosanna Arquette and Catherine Keener along.

–Olivia Colman and Phoebe Waller-Bridge covered Portishead’s “Glory Box” on a ukulele for charity and the video will make you wanna fist pump through the ceiling.

-Suits spinoff Pearson has been cancelled after a single season. I didn’t watch it but Gina Torres deserves to be a bigger star than she is.

–Stephen Amell just announced that Emily Bett Rickards will be returning for Arrow’s series finale and this makes me happier than I should probably publicly admit.

-I love that Reese Witherspoon had it written into her Legally Blonde contract that she got to keep the 77 pairs of Jimmy Choos she wore. Genius.

-Between being on Fallon last night (where she dressed up like a bloody baseball player/dead socially irrelevant heteronormative gender roles) to hosting SNL this weekend, we’re getting a lot of Kristen Stewart content. I’m not mad about it.

–Leonardo DiCaprio posted photos of him with Greta Thunberg, and Twitter did its thing.

–Joey King says working with her ex-boyfriend Jacob Elord on The Kissing Booth 2 was “fine.” Somebody give that girl a (completely consensual) hug.

-Was not expecting a Jennifer Garner duet with opera singer Andrea Bocelli but this week is weird so sure.

-There’s a new Into the Spiderverse movie coming our way!

–Issa Rae and LaKeith Stanfield star in the trailer for The Photograph.