–Ben Affleck was on Kimmel last night and responded to the backlash from his Howard Stern interview, blaming “clickbait” headlines. “They had literally taken the conversation I had had for two hours and made it seem as if I was saying the exact opposite of what I said.”

–Chris Noth has been accused of rape by two women, in alleged incidents that took place in 2004 and 2015. Their stories are eerily similar. The actor calls the allegations “categorically false” and says the “encounters were consensual”.

-In less disturbing Sex and the City news, these tributes to Willie Garson from the cast are truly lovely.

-After a third human resources investigation into his on-set behavior, Jeff Garlin is leaving The Goldbergs, which is currently in the middle of its ninth season. “He is extremely verbally and emotionally abusive,” a Goldbergs employee told Deadline. This tidbit in the article is incredibly weird: “As of precursor of what was to come, I hear Garlin canceled his Covid test on Monday this week. According to sources, the show used his double for what was supposed to be the actor’s last day, and his face will be superimposed using CGI in post-production for the episode, designed to wrap his character’s storyline. (That is practice used a number of times for Garlin in the past for various reasons, I hear.)” CGIing an actor’s face onto a double? For a sitcom??

-The cast of Ted Lasso reunited for a very adorable holiday short.

–Chris Pratt and Katherine Schwarzenegger are expecting baby no. 2.

-Yellowjackets has been renewed for season 2. I’m really liking that show but I’m so used to prestige TV being limited series that I was taken aback when the showrunner talked about wanting to do 10 seasons. But this is a really good thread about what we’re missing with 8 episode shows.

-I didn’t even know Canadians were allowed to compete in Survivor, but good for us!

–The cameo on this week’s Hawkeye was so, so good and it made me really love that Marvel character even more. Where’s their Disney+ show?

-Sony is trying to block a bunch of leaks after scenes from the new Spider-Man ended up on YouTube this week.

-Here’s the first trailer for How I Met Your Father, starring Hilary Duff. Is it weird that I miss the laugh track?

-Wow, I really hope we’re back to movie going in March because the trailer for The Lost City looks amazing (I’ve been ready for this one since I heard the romance author/cover hero premise and the trailer lives up to my hopes.) I was already on board by Sandra Bullock and Channing Tatum‘s cute banter to intro it, but the cameo at the end? COME ON!!!

My love. My life. My family. My future. @bader.shammas #love https://t.co/VRNOlGN9pZ

-Texans can breathe a sigh of relief: Matthew McConaughey has decided not to run for governor.  Prob for the best; he recently did a NYT interview with Kara Swisher and when she asked him about voter suppression, he had no idea what she was talking about.

-Nooooo! Tiffany Haddish and Common have reportedly called it quits after a year of dating.

-Insecure’s Natasha Rothwell talked about the rough time she had in the SNL writers’ room, and how she had to raise her hand and ask to speak. Interestingly, the head writer during her tenure would have been Colin Jost.

-Of course Kevin Hart is defending Dave Chappelle. Of course he is.

-HBO Max has announced a third Magic Mike movie with Channing Tatum and Steven Soderbergh. Hmmm. The first MM film (which Soderbergh directed) got better reviews, but I will ride hard for Magic Mike XXL, which he wasn’t involved with. I want a sequel to that one.

-In news that will surprise no one, Tom Holland is set to return for more Spider-Man movies after this one.

-A lot of people are watching Disney+’s Hawkeye — just not all of them are doing it legally.

-According to a new book, Prince Charles is the one who asked about baby Archie’s skin tone. (He’s denying it.)

–Eliza Dushku talked to Harpers Bazaar about how a ‘forced arbitration clause’ in her Bull contract prevented her from taking a sexual harassment case against CBS to court.

-No one is doing thirst traps as well as Elliot Page these days.

–Tom Ford had some harsh words for House of Gucci. I mean, I saw Nocturnal Animals and I’m not sure he’s should judge.

–Jesse Plemons says that people called him “Meth Damon” after he starred on Breaking Bad, and that’s both cruel and perfect.

-I started watching the new HBO show from Mindy Kaling called Sex Lives of College Girls and it’s great. There’s one actress in particular who’s blowing everyone else away so I looked her up — and it turns out she’s Timothée Chalamet’s sister.

–Madonna somehow linked Instagram censoring her nipple to the genocide of indigenous people. As you do.

–Bad Bunny turned 27 this year and is all about introspection in his new Vulture profile.

–Ryan Reynolds is urging fans to help BC flood victims.

-Meanwhile, Canada honoured him with a Governor General’s Award and he was serenaded by BNL’s Steven Page.

–Nina Dobrev and Abigail Cowen star in the trailer for Redeeming Love. 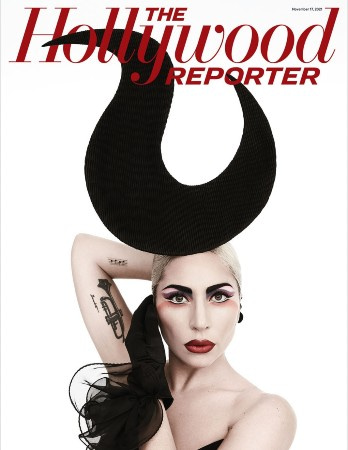 -In her THR cover story, Lady Gaga talks about how she channeled her own trauma and nearly came undone while shooting House of Gucci. All of her quotes about staying in character during the shoot are so over the top and this whole promo tour is going to be wild. “My mother and father met me as Patrizia a couple times. And they were mostly laughing because my family gets a kick out of my love of artistry. … There’s a downside to committing yourself to a role in that way because it’s an adjustment for everybody around you. Suddenly, you’re not talking to Stefani anymore with an accent. You’re talking to Patrizia Gucci.”

–Adam Driver says he and Lady Gaga improvised feral noises of their House of Gucci sex scene: ‘We were feeling it!’

–Britney Spears posted a video celebrating her new freedoms, and it starkly underscores how restricted her life was. “Being able to have the keys to my car…and owning an ATM card and accessing cash for the first time, being able to buy candles — it’s the little things for us women but it makes a huge difference.”

-After starring in Taylor Swift‘s new video, Miles Teller took to Twitter to say, “Hey guys, I don’t usually feel the need to address rumors on here but I am vaccinated and have been for a while.” (In September, both the Daily Mail and The Hollywood Reporter reported delays on The Offer, a TV series featuring Teller about the making of The Godfather, because the actor reportedly refused to get vaccinated against COVID.)

-In the wake of Taylor‘s new songs, her fans are going after John Mayer.

–Rockmond Dunbar has left Fox’s 911 over the show’s COVID-19 vaccine mandate. He said in a statement, “I applied for religious and medical accommodations pursuant to the law and unfortunately was denied by my employer.”

–Meghan Markle was on The Ellen Show (which was an odd choice, no?). It will air tomorrow but they showed a cute clip of her talking about going to auditions with her busted car.

–Olivia Munn says there’s lots of incorrect speculation surrounding her relationship with John Mulaney. She told the LA Times it’s “definitely not foreign for me to have people speculate incorrectly about things and to have rumors run rampant in one way. They think they know our relationship so well. When in reality, they don’t. There’s no way anyone could know what any of his relationships were or what our relationship is.”

–Elle Fanning is fans with Leonardo DiCaprio’s girlfriend, and she says they all fangirled when they were at the same party with the cast of Squid Game. “It was interesting because Leo was kind of around there, and Cami and I were freaking out, and he was like, ‘Guys, act cool. Relax.’ And then we were like, ‘It’s Squid Game!’ And he was like, ‘It is?! Where?!’ So he was excited too.”

-Are we having fun yet?!? A Party Down revival has been ordered at Starz with multiple original cast members returning, including Adam Scott, Jane Lynch, Ken Marino, Martin Starr, Ryan Hansen and Megan Mullally. I’m bummed that Lizzy Caplan seems out because of scheduling issues.

-The Harry Potter cast is set to reunite for the 20th anniversary on a HBO Max special — and J.K. Rowling won’t be included.

–Jennifer Coolidge is joining Ryan Murphy‘s upcoming series about a couple being stalked.

-Both of the IATSE contracts have been ratified. But when it comes to the big Hollywood agreement it only passed because of the electoral college-style voting system. Popular vote was 49.6% yes to 50.4% no.

-The reviews of Adele‘s new album 30 are calling it her best.

–Channing Tatum is put in charge of an angry service dog in the first trailer for his buddy trip movie, which is unimaginatively titled Dog.

–Kirsten Dunst says the disparity between her Spider-Man salary and Tobey Maguire’s was “very extreme.” “I didn’t even think about it. I was just like, ‘Oh yeah, Tobey is playing Spider-Man.’ But you know who was on the cover of the second Spider-Man poster? Spider-Man and ME.”

-In the Spider-Man: No Way Home trailer, Peter and Dr. Strange botch a spell to make everyone forget Spider-Man’s real identity, which leads to visitors from every universe, including Jamie Foxx’s Electro, Willem Dafoe’s Green Goblin, Alfred Molina‘s Dr. Octopus, the Sandman from Spider-Man 3 and the Lizard from The Amazing Spider-Man. (This is a good post laying out all the ways this movie could go.)