A small word from Jennifer Tilley as #TheBrideOfChucky 🔪 Heavy on the Sleeze 🛠 🎃🤵🏽👰🏽 🎈 pic.twitter.com/zAfMc0KzjO

–Nicki Minaj’s wedding ring is valued at over $1 million. It’s so big it looks like costume jewelry, but good on her, I guess.

–Kevin Hart shared an intense video about his recovery following his car accident.

-This is a very good read: the writer who called out David Letterman for sexual favoritism a decade ago sat down with him recently to talk about it.

–Andrew Garfield is going to star in Lin-Manuel Miranda‘s Netflix adaptation of tick, tick…boom, from Rent playwright Jonathan Larson. I like all the words in that sentence!

-As someone who hasn’t read the comic, this perfectly captures my entire thought process while watching HBO’s The Watchmen.

-Critics are starting to talk about the High Fidelity series with Zoe Kravitz and the buzz is GOOD.

-HBO Max announced its lineup yesterday. The good news: it sounds like all their original shows will be available on Crave here in Canada.

-TV critic Alan Sepinwall spoke with David Simon (creator of The Wire and The Deuce) about those allegations against James Franco and their parallels with stories depicted on The Deuce, and wow did Simon not come off well. He scolded Sepinwall (and other journalists) for not distinguishing Franco from others accused of #MeToo misconduct, saying “the fundamental difference is that James Franco didn’t seek to use his position to have sex with anyone.” Yes, it’s important to deal with each individual case differently but for him to be the arbiter of what is and is not a fireable offense, while also claiming that Franco didn’t understand his position of power over the other actors on set, is really disappointing. Especially because Simon is known for being an advocate for journalists and a commentator on systematic discrimination.

-Vanity Fair’s Sonia Saraiya wrote a very good rebuttal thread, and then got into it with Simon on Twitter.

-It’s Halloweeen week, which means Ellen scared the crap out of Saoirse Ronan not once, but twice.

–Shia LaBeouf says he was diagnosed with PTSD due to his child stardom which doesn’t sound so far-fetched to me.

-Huh. Amazon Studios’ chief says that despite the industry calling Mindy Kaling‘s Late Night “an example of a failure from Amazon,” the film has “been watched in the U.S. more than any other movie in the short time it’s been on” their streaming service.

-I binged the six new episodes of Bojack Horseman on Netflix this weekend and it was so, so good.

-Speaking of Netflix shows, the trailer for The End of the F***ing World indicates the new season begins with a time jump.

–Jessica Chastain, Constance Wu and Ava Duvernay cover Marie Claire, where they talk about the importance of inclusion and representation, and learning how to not obsess about accommodating others.

-Sad news for for those of you who even knew they were dating: Rita Ora and Andrew Garfield split up.

–Kit Harrington told Stephen Colbert about the end of Game of Thrones: “I was very shocked and surprised at certain events unfolding, and then I blubbed my eyes out. I cried.”

-I’ve watched this clip of Jennifer Hudson and Tom Jones spontaneously singing at each other more times than can be considered normal.

–Keri Russell and Adam Driver (who are costarring on Broadway) are so damn funny and charming in this NYT profile.

-You can tell Brie Larson and Samuel L Jackson have done a few movies together by this point; their chemistry is really easy going and nice. The Captain Marvel pair sang Ariana Grande and took a lie detector test on Carpool Karaoke.

-Also, Larson and Jackson sang “Shallow” on The Jonathan Ross Show and they were pretty damn great.

–Heidi Montag defended The Hills reboot’s lack of diversity by pointing out her co-stars’ hair colours. So that happened.

-Also, I keep forgetting that Mischa Barton is in this thing.

–Gwyneth Paltrow says that her persona shift from a whiskey-drinking, cigarette-smoking cool girl to a health nut had everyone “thinking I was a crackpot.” Who is this whiskey-drinking badass she’s speaking of?

-HBO’s The Case Against Adnan Syed will follow Amy Syed’s process of seeking and winning an appeal post-Serial.

-I liked this piece a lot about how Steven Spielberg isn’t right about Netflix — but he’s not entirely wrong either. I’ve been surprised by they lack of debate and the full-throated support of Netflix (who does some not great stuff). At the very least, they *should* disclose their box office numbers if they want to be Oscar contenders.

-Oh my goodness, the Good Omens trailer is all kinds of fun.

-I very much enjoyed this look back at Julia Roberts’ “Fellini summer”, a dramatic few months which included leaving fiance Kiefer Sutherland for Jason Patric, fighting with Steven Spielberg on Hook, being hospitalized for the “flu”, and walking away from Shakespeare in Love.

-You know, I’ve been pretty checked out on Arrow for a while and mostly just catch up with it out of routine these days, but compiling all these cast and fan social media posts about the show’s ending for this story hit me harder than I thought it would, especially Stephen Amell‘s tearful Facebook video. There were seasons when I LOVED this show, and I’m glad it’s getting to go out on its own terms.

-Meanwhile, I’m thinking this TV blind item from a while ago was probably about Amell.

-The trailer for Mindy Kaling’s Late Night starring Emma Thompson is everything I’ve ever wanted. 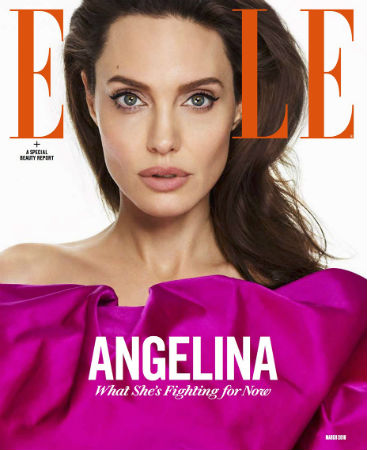