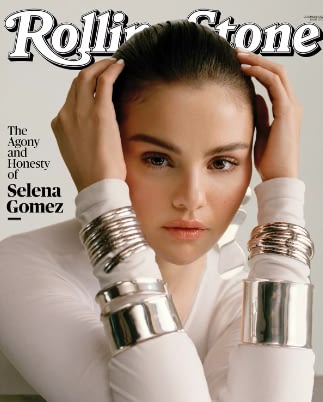 -To celebrate the release of her new documentary, out today on Apple+, Selena Gomez covers Rolling Stone and gets very real. “I’m going to be very open with everybody about this: I’ve been to four treatment centers. I think when I started hitting my early 20s is when it started to get really dark, when I started to feel like I was not in control of what I was feeling, whether that was really great or really bad.” She talked about how her diagnosis affected the last few years of her life (“There was no part of me that was there anymore. I had to detox, essentially, from the medications I was on. I had to learn how to remember certain words”), and revealed that her bipolar disorder medication will likely prevent her from being able to carry children (“That’s a very big, big, present thing in my life. However I’m meant to have them, I will”).

-Westworld (a show I had no idea was still a thing) was just canceled.

–Drake called out a bunch of people on his new album (including Megan Thee Stallion, for some reason), and most of them have already clapped back.

-I love that so many people who watched Tár assumed that Cate Blanchett‘s character is based on a real-life person, and that the media is getting in on the joke.

-It’s the most wonderful time of the year: it’s time to make fun of GOOP’s annual ridiculous holiday gift guide.

–Aubrey Plaza has joined the cast of the WandaVision spinoff.

-Also rumoured to be getting a slice of the Marvel pie is Bob Odenkirk.

–Lena Dunham‘s home is featured in AD, and it makes me very claustrophobic. (The blue staircase is cute, though.)

-More bad stuff keeps coming out about Kayne West, including more former employees who say he used to praise Hitler.

-Not surprisingly, Hollywood is rallying around Brad Pitt.

–Phoebe Bridgers and Maggie Rogers re-released their cover of “Iris” by the Goo Goo Dolls to support abortion access, and raised nearly $40,000 in 12 hours.