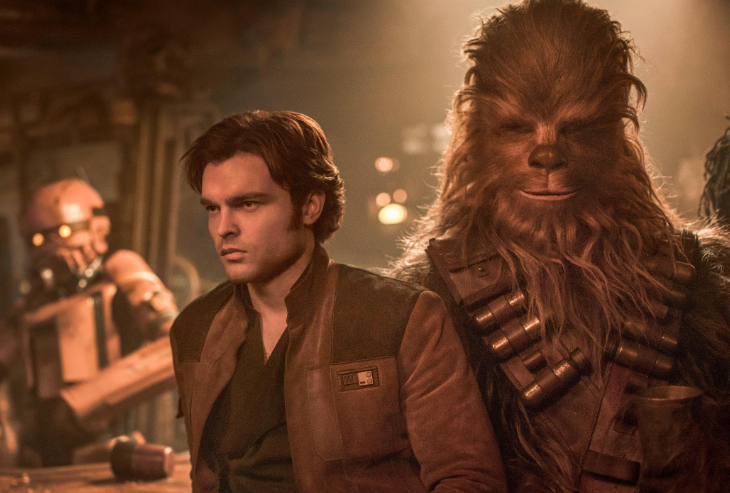 -The first reviews for Solo are out, and though they are mixed (good, not great seems to be the theme), I’m glad that it sounds like Alden Ehrenreich delivers. I felt like he was being set up to be blamed if people didn’t like it with all the rumours about acting coaches, etc.

–Meghan Markle‘s dad has reportedly changed his mind and now wants to walk his daughter down the aisle after all, but he may be having heart surgery. The wedding is this weekend! What is happening?!?

-I was waiting for this: Now that the dust has settled, Lethal Weapon’s Damon Wayans  went OFF on fired co-star Clayne Crawford last night on Twitter, alleging abusive behavior. Before shutting down his Twitter account, Wayans posted a video that shows him getting struck in the back of his head by shrapnel while filming a scene. (An earlier report suggested that Crawford had been officially reprimanded twice, and once was for an incident when he was directing and another actor on set felt unsafe after being hit by a piece of shrapnel from an effect.) Wayans added that Crawford “relished in making females cry,” “struck fear in cast and crew”, punched an actor in the mouth with a bottle of green tea, and had a file full of “infractions.”

-Lethal Weapon costar Michelle Mitchenor also tweeted: “Ok @ClayneCrawford you know I have nothing but respect & admiration for your talent. But are you really going to let us catch all this heat KNOWING how unkind you were to some of our crew members or directors? The outbursts, profanity, saying you hoped the show was cancelled etc? …I can’t stand for verbal or emotional abuse. We had our moment & I took you to the side and we had a GREAT convo! & you listened! However countless others didn’t and things continued on… regardless of how passionate one may be, speaking to people in the manner you did in those countless incidents honestly made my heart sink.”

-Walkouts at Cannes screenings are not uncommon, but Lars von Trier‘s The House That Jack Built starring Matt Dillon as a serial killer  prompted over 100 audience members to flee the theater. The first wave of mass walkouts reportedly happened when Dillon’s character shoots two children in the head with a rifle, and the second wave was near the end when Riley Keough‘s character is being mutilated.

–Emilia Clarke at Cannes: “Find another adjective, damn it. Enough already with the strong women. Let’s just be women.”

–Kristen Stewart doesn’t care about Cannes’ red carpet rules. After posing for a few pictures in her complete outfit at Monday’s premiere of Spike Lee’s BlacKkKlansman, she took off her heels and went barefoot on the red carpet.

–Cardi B is apologizing for using the d-word in “Girls” her collab with Rita Ora, Charli XCX and Bebe Rexha. “I know i have use words before that i wasn’t aware that they are offensive to the LGBT community. I apologize for that. Not everybody knows the correct ‘terms’ to use. I learned and i stopped using it.”

-U2’s Bono and The Edge  become Ellen DeGeneres’ assistants for the day in today’s episode.

-This is a great interview with reporter Jim DeRogatis, who broke the R. Kelly story back in 2000, has been covering it ever since and is ready for others to care about it.

-This profile on Marti Noxon left me so conflicted. I really enjoyed the book Dietland and am looking forward to the adaptation. Her justification for season 6 of Buffy though and the re-positioning it as a precursor to shows like Jessica Jones and Fleabag…I just can’t. The wound is still too raw.

-Oh man, this piece on why David Letterman didn’t have female writers on his staff includes a perfect zinger from Merrill Markoe: “Because we were having sex, maybe he remembers me as an intern.”

–Greg Berlanti just set a new record with 14 series on air, which is insane.

-Also insane: Netflix will premiere an estimated 470 new originals between now and the end of 2018.

-This is a great Chris Evans story.

–New Girl ends tonight and even though I didn’t always watch in the later seasons, I’m going to miss it. Some of my favourite moments: Nick and Tran in the pool, Gave me cookie, got me cookie, the chicken dance, Jess’s rant on her brand of feminism, Nick’s attempt at burpees, and of course the hottest kiss ever.

-The guy who played Schmidt won’t be out of work for long. Max Greenfield is taking over as the lead in one of CBS’s new sitcoms.

-Oh yeah, I’m going to watch the crap out of this Netflix movie about Lucy Liu and Taye Diggs getting parent-trapped by their assistants.