-Chanel and V Magazine teamed up for a new art book that features Lily-Rose Depp, Jennie of Blackpink and Margot Robbie, photographed by duo Inez & Vinoodh.

-Ohhh….Netflix is eyeing a spinoff series to their To All The Boys movies, starring little sister Kitty.

–Niecy Nash and Jessica Betts talked about their first date on Red Table Talk and it’s all kinds of cute. “You weren’t supposed to say that. Damn this red table!”

–Meghan Markle and Prince Harry are said to be planning to take time off and bond as a family of four after what they reportedly hope will be a home birth.

-Did The Rock and Vin Diesel hate each other so much they filmed a Fast 6 scene separately? Who do they think they are, Julianna Margulies and Archie Panjabi??

–Lil Nas X has addressed the accusation that he copied ideas from FKA twigs for his latest music video: “i want to say thank u to twigs for calling me and informing me about the similarities.” twigs also posted about the video: “thank you @lilnasx for our gentle honest conversations and for acknowledging the inspiration”.

-The Oscars will grudgingly allow people to call in from Europe.

-It can’t be overstated how huge the Netfix deal for the Knives Out is. MRC has the rights to the original, but Rian Johnson and producing partner Ram Bergman were smart enough to retain the sequel rights.  They’re rumoured to have total creative control and no budgetary minimums.

–Snoop Dogg is joining The Voice as mentor.

–Alexander Skarsgard continues to be a total delight on the Godzilla Vs Kong press circuit. He’s really leaning into the absurdity of it all.

-I have never heard Ben Affleck‘s Armageddon DVD commentary before, but it’s my favourite new clip.

–Lauren Graham jokingly complained about having her Parenthood brother Dax Shepard as her real-life neighbor. “Dax has been working on his new house and the way we’re situated, I pass him all the time. It’s a beautiful house, it’s going to be incredible, but he basically took what others might consider to be the front lawn and turned it into a massive driveway for all his cars.”

–Lori Petty, David Cross, Enrico Colantoni and Daniel Zovatto among those who’ve been cast on HBO Max’s Station Eleven. I loved that book but am not in the head space to go back into its post-pandemic world anytime soon.

-A movie superstar turns a musician’s life upside down in the trailer for Finding You. 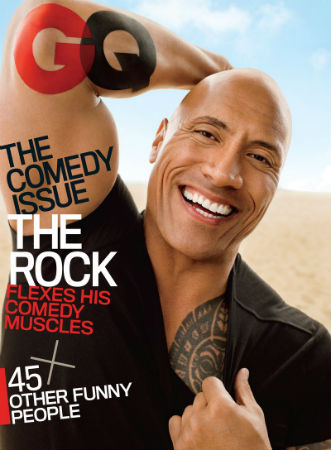 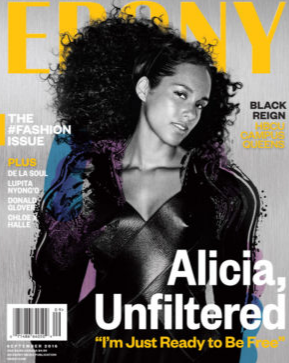 –Alicia Keys looks amazing on the new cover of Ebony. I almost want to watch The Voice this season to see how people react to her no-makeup look on a mainstream broadcast show.

-Set your DVRs: MTV will reportedly let Kanye West do whatever the hell he wants for 4 minutes at this weekend’s VMAs.

-This is an excellent and thought-provoking discussion on whether or not it’s still ok to want to see Birth of a Nation. Personally, I no longer have much interest, but on the flip side, I think it’s ridiculous that Oscar voters are refusing to see it. That’s like a critic refusing to review it.

–Amber Heard called Johnny Depp out for donating her $7m settlement directly to charity. What a dick move. Her statement about it is fire, tho.

-Meanwhile, Elon Musk has been trying to date Heard for three(!) years.

–Sarah Paulson is in talks to join the all-female Ocean’s Eleven spinoff, which is amazing! Wait, they’re not really calling it Ocean’s Ocho, are they? ‘Cause that’s less amazing.

-I’m always so intrigued by who big studios turn to when they needs scripts to be punched up. Doctor Strange’s script is reportedly being worked over by Community creator Dan Harmon.

–Rob Lowe is being roasted and the lineup of celebs is incredibly bizarre.

–The Rock has just been named the highest paid actor — and has promised to take us all to Waffle House!

-I can’t believe Nashville is returning. I’m much less surprised that Connie Britton is looking for an exit.

-When Jessica Alba was asked on the Today Show if her products were safe, she responded “They’re amazing!” Um, yeah. That’s not really the answer we were looking for but thanks for playing.

-As boring as it is to hear celebrities complaining about their fabulous lives, I actually feel for Amy Schumer when she says that attending the Met Gala “felt like a punishment.” That would so not be my scene.

–Justin Bieber’s family is denying any involvement with Bowmanville Zoo.

–Britney Spears isn’t super thrilled that Lifetime is making a movie about her. (I’m really hoping there’s an extended scene devoted to her and JT picking out their matching denim outfits.)

-Meanwhile, this story about how Britney Spears‘ hair, which has been her mood ring for 20 years is all kinds of great.

-Speaking of great reads, here’s a piece on UnREAL, Mr Robot and the perils of taking big swings in your sophomore season.

-There’s a very good chance that Universal will sue Frank Ocean over his album switcheroo. Still, it was a pretty boss move. Not that I praise Jared Leto often, but his doc on his band’s struggles with their record label really helped me understand how the music industry sets out to screw over artists.

-I don’t watch Once Upon a Time, but I still find these bloopers a delight. (Well hello there, guyliner guy!)

-Dammit! Just when I think I’m out, the new trailers for The Flash and Arrow pull me back in.

-The My Blind Brother trailer is a Parks and Rec reunion that only features Ben, Mona Lisa, and the Douche.

-It’s weird to see Nicole Kidman in the “mom” role, but this trailer for Lion (costarring Rooney Mara and Dev Patel) looks great.