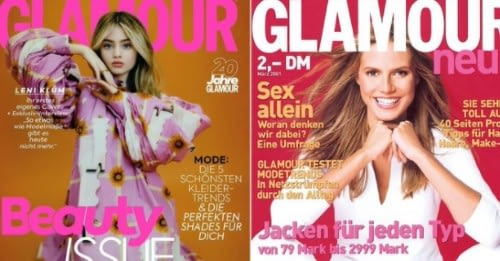 –RIP DMX. The Grammy-winning artist was one of the most successful rappers of the late 1990s, with his first five studio albums debuting at No. 1 on the Billboard 200.

–Gabrielle Union‘s tribute to him was incredibly touching. Kerry Washington’s, however, caused a stir for implying he and Prince Philip ended up in the same place (she’s since deleted it).

–Prince Harry is expected to fly back to the UK to attend the funeral. I’m sure the British press will still find a way to blame him and Meaghan for something.

–Phoebe Waller-Bridge will be co-starring alongside Harrison Ford in Indiana Jones 5. I’m torn: I want her to get ALL the money, but I also want her to keep doing interesting shit — and this ain’t it.

–George Floyd‘s family’s attorney revealed that George Clooney emailed him with some brutal advice for the trial: “You should tell them if Derek Chauvin feels so confident [that the cause of death was drug use], he should volunteer during his case, to get down on the floor in that courtroom, and let somebody come and put their knee on his neck for 9 minutes and 29 seconds and be able to see if he can survive.”

-There’s been a lot of pap photos recently of Jodie Turner-Smith and Joshua Jackson walking around NYC looking happy and in love. I don’t hate it.

-I don’t have the mental energy for a book club. But a gossip reading club? I’m so in.

–Demi Lovato and the cast of Glee shared memories of Naya Rivera during the Glaad Media Awards.

–Emma Roberts is becoming a romcom queen and good for her. It’s in her blood, after all.

-Meanwhile, her fans are trying to bury the original album on Spotify so the new version that she owns gets all the streams.

–Kate Moss is the latest celeb to start selling NFTs.

-HBO Max has ordered a Magic Mike competition series, produced by Channing Tatum and Steven Soderbergh. The press release says it’s “an exhilarating and sexy series that will transform a group of men into real-life Magic Mikes. 10 men who have ‘lost their magic’ will come together in a competition series like no other.” Like they need to even sell us on it.

-Anyone else having a hard time making it through The Falcon And The Winter Soldier? There’s some big moments (like the last few minutes of the latest ep) but taken all together the show feels pretty middling.

-Poor Tom Cruise. Both Top Gun and the next Mission Impossible movie have been delayed again. Top Gun: Maverick is now set for Nov, while Mission: Impossible 7 won’t hit theatres until May 2022.

–Shenae Grimes is crowd-sourcing her baby’s name. What could possibly go wrong?

–Melissa McCarthy and Octavia Spencer new Netflix movie Thunder Force is getting awful reviews. What do we have to do to keep Melissa away from hubby Ben Falcone‘s films?

–Paul Rudd stars in a new clip from Ghostbusters: Afterlife.

–Halsey, who has been open about suffering multiple miscarriages over the years, has announced she’s expecting her first child with Alev Aydin.

-The first image of Kristen Stewart as Princess Diana in the upcoming film Spencer has landed. I was skeptical of her initial casting, but the resemblance is remarkable. And if anyone can play a person reluctant about their sudden fame, it’s her.

–Kim Kardashian West reportedly has her divorce exit plan “ready to go.” A source tells Us Weekly: “Kim has had all of her and Kanye’s financials and properties ready to be split, it’s a very fair deal for everyone.”

-Movie theatres have had a rough go of it lately, but AMC just erased its 20220 pandemic losses — because of Reddit.  Basically, a subreddit has decided to take down hedge funds by inflating the stock of shorted companies like AMC, Gamestop, Bed Bath & Beyond, and a few others. This thread is probably the simplest explanation of what’s going on that I’ve see so far.

–Christa B. Allen will be invited to the Revenge reunion after all now that organizers said they’ve changed platforms so now they no longer have a tech-based limit of four castmembers. Um, they know we all know how Zoom works at this point, right?

–Dakota Johnson says she’s used George Clooney’s name to get dinner reservations. She eventually told him and he was cool with it.

–Pamela Anderson secretly tied the knot with her bodyguard on Christmas Eve — 11 months after her nonlegal wedding to Jon Peters.

-Conservatives are big mad over Alyssa Milano being cast in a Nora Roberts adaptation.

-Netflix says it has a new most-watched series in Bridgerton: a record 82 million households around the world tuned in in its first 28 days, making it the streamer’s biggest series ever. I still side-eye all of Netflix’s “ratings” releases, but hopefully this will usher in a bunch of romance adaptations.

-The first images from Netflix’s Shadow and Bone adaptation are here and I’m excited. I don’t usually read fantasy but a friend recommended that series and I devoured it.

-Who in the world in Lindsay Lohan‘s camp is trying to suppress the first bit of good press she’s gotten in years?!

–Colin Firth and Stanley Tucci’s new film Supernova, in which they play a couple dealing with illness, is getting rave reviews.

-On the flip side, Netflix’s Malcolm & Marie, starring Zendaya and John David Washington, is not getting good reviews. “A screechy and solipsistic debate about identity politics that was made because Zendaya was bored during lockdown.”

-Top Gun: Maverick is still holding out for a summer release, which seems wildly optimistic.

–Paul Bettany says Avengers: Age of Ultron director Joss Whedon “really, really wanted” Vision to have a penis in his “birth” scene. “And everyone, [Marvel Studios president Kevin Feige] and [Marvel Studios co-president Louis D’Esposito], I mean everybody was like ‘I don’t know, Joss…I mean…I’m not sure…'”

–Kate Moss and her daughter walked the runway together.

–Cloris Leachman has passed away at 94.

-Sloan’s Chris Murphy has been diagnosed with Bell’s palsy.

-The Bold Type will end with an abbreviated fifth and final season this year.

–Gary Oldman and Armie Hammer star in the trailer for Crisis, Nicholas Jarecki’s Arbitrage follow-up. The timing of this is bad on so many levels.

–Megan Fox ramps up rumours that she’s dating Machine Gun Kelly by cozying up to him in his new music video.

–Zack Snyder will release his cut of Justice League on HBO Max — but not until next year. The news also confirms that the Snyder cut didn’t actually exist; they’re going to have to spend $20+ million on post-production. Which is HILARIOUS.

-The Ruby Rose/Batwoman saga continues to unfold. A source tells TV Line her quitting the show “wasn’t 100-percent her decision. It was a breakup. She wasn’t happy working on the show, and did that make her fun to work with? No. So everyone decided it would be in the best interests of the show, and for all concerned, if they parted ways. It just wasn’t a good fit.” Rob Salem, who used to be the TV critic for the Toronto Star, has an even more pointed take, tweeting: “Apparently, she was actually fired. Rumor has it she was generally loathed on set. “Sociopathic narcissist” was the phrase being bandied about. They put a happy face on it, but from what I hear, nobody will be sorry to see her go.”

-Brooklyn Nine-Nine’s Stephanie Beatriz is already publicly petitioning for the role. Even though she’s played another character in the Arrowverse, I’d love for Bex Taylor-Klaus to have a shot.

-Meanwhile, The Flash cast did a Stars In the House Zoom reunion for charity last night, which is lovely but they did it at 8pm ET — their old timeslot and at the exact same time Stargirl was debuting on their network. The CW is filled with messiness, y’all.

-The Smash cast will reunite tonight to perform Bombshell in concert. The more that these cast reunions for charity take place every day, the more untenable the upcoming Friends reunion seems. Getting paid $3 million each to do what casts are now doing all the time for free to support good causes is an increasingly bad look.

–Ryan Seacrest has blamed exhaustion and returned to work after this clip made people think he was having a stroke during American Idol.

-Amazing human being Sia confirmed she adopted two teenage sons who were aging out of foster care system.

–Lorde says she’s been recording new music with Jack Antonoff and “the work is so fucking good, my friend.”

-This thread about the types of songs in Disney animated movies is kind of incredible.

-British Vogue got Kate Moss to demonstrate cooking a roast chicken (clearly shot pre-pandemic). Her comment at the end slays: “What happened to just being able to do a cover and not having to do any of this?”

-The world does not deserve Taika Waititi.

-I love this article on how it would be awesome if Brad Pitt and Alia Shawkat are actually dating: “Yes, Shawkat is young and beautiful, but she isn’t exactly the type of woman we’ve come to expect in the arms of aging actors in the midst of their midlife crises. She’s in her 30s; she’s Iraqi American; she’s not tall or ultra-skinny or blonde; she’s queer; she’s cool.”

-Spotify has fought against paying musicians what they deserve for years, but they ponied up $100 million for an exclusivity deal for Joe Rogan‘s podcast.

–Alison Roman is “on temporary leave” as a food columnist for the New York Times after she made judgmental comments about fellow lifestyle influencers Chrissy Teigen and Marie Kondo. Teigen is not happy with the news, saying “it just sucks in every way.”

–Julia Roberts, Hugh Jackman, and more celebs are handing over their social profiles to COVID-19 experts, which I love.

-This is a really extensive, interesting look at the costly efforts to restart film and TV production, including safety precautions, scheduling delays, extra VFX, and much more. Not only are the sky-high costs going to get higher, expect to see fewer location shoots, less guest stars and less crowd scenes with background extras. Zoe Kravitz also raises a good point about how COVID-19 will affect hair, makeup and wardrobe processes on a big film like Batman: “You have people just touching your face, touching your body all day long. I need help getting into the catsuit. I can’t do it on my own. I was probably touched more than any job, just because of the clothes and the combat and all of that.”

–Clay is struggling to keep it together in the trailer for the final season of 13 Reasons Why.