–Jennifer Lopez showed off the cover art for her latest single, and it’s a pic of her in the buff shot by Mert Alas and Marcus Piggott. I didn’t think singles got the cover art treatment, but if I looked like this I guess I’d be looking for any excuse, too.

–The Weeknd called the Grammys out for his nomination shut out (and Nicki Minaj backed him up). There’s some speculation that the Grammys wanted him to perform on their show and not the Super Bowl Halftime Show, which airs just a week later, but the Academy CEO insists that’s not the case.

–Chris Evans posted a video of himself playing piano while wearing a chunky sweater. Vulture says he’s “adopting the persona of a jock who’s having an emotional crisis in the third act of a high-school movie” but I’m not complaining.

-In a deeply personal NYT op-ed, Meghan Markle revealed she suffered a miscarriage in July. Not only is her op-ed incredibly moving, it helps to break down the stigma surrounding talking about miscarriages. I didn’t realize until I started doing some social media work for a fertility clinic that 1 in 4 pregnancies end in miscarriage. That’s an insane stat, and people rarely talk about it. Besides it being very well-written, I also liked how her essay clearly positions her as a hands-on mom, with all the talk of diaper changes and picking up crayons and socks.

–Christina Perri also revealed she and husband have lost their baby girl in a stillbirth.

–Prince Charles and Camilla both deactivated the replies on their tweets, and there’s speculation it’s because of the heat they’re getting from their depiction on this season of The Crown. The show truly has given up on engendering any audience sympathy for him in these new episodes.

-Cdn gossip columnist Shinan Govani tweeted about the Jessica Mulroney story in Page Six, and just now tweeted an apology to her “as requested“. Well.

-The NYT’s list of the 25 greatest actors of the 21st century (so far) caused a bit of debate on Twitter. There are certainly some snubs but I like how diverse it is. I especially appreciate the callout for Melissa McCarthy in Spy.

–Timothée Chalamet, Jason Bateman and Kristen Wiig are set to host the remaining SNL episodes of the year. Morgan Wallen will also get a second chance at being a musical guest.

-The cast of the 90210 reboot got together to reminisce about their behind-the-scenes drama. AnnaLynne McCord admitted to the rumoured tension with Shenae Grimes Beech: “I wanted to strangle that chick. I’m so grateful that in the last 24 hours of [shooting] 90210, Shenae and I fully repaired our relationship issues. I ended up at her wedding in England!”

-As if his album documentary In Wonder on Netflix wasn’t enough, Shawn Mendes surprise-dropped a second film this week — this one a concert film.

-Meanwhile, Shawn shared his view of his Toronto condo in his Netflix film, and the scene is agonizingly familiar to anyone who lives here.

-I follow a lot of romance writers on Twitter for some reason, and what they’ve been doing to mobilize voters in solidarity with Stacey Abrams has been nothing short of remarkable.

-Speaking of people doing good, Ryan Reynolds and Blake Lively have donated $500,000 to Covenant House in Vancouver and Toronto.

-The trailer for the live-action Clifford the Big Red Dog debuted by Paramount Pictures today and everyone is freaked out by how sick the dog looks.

-The trailer for Life In A Year, starring Cara Delevingne and Jaden Smith, has dropped. These “sick-lit” dramas are never going away, huh?

Tony Stark knows a hero when he sees one.

Robert Downey Jr. sent a message to Bridger, making him a big promise after the boy rescued his little sister — and it’s good to see Captain America and Iron Man still going at it.

This is what it’s all about. ❤️ pic.twitter.com/hWMjBhWZCf

–Robert Downey Jr. sent a message to Bridger, the little boy who saved his sister in a dog attack, promising him a surprise on his next birthday.

–Tom Holland did a Facetime call with him and invited him to the set of the next Spider-Man movie.

-The show’s producers released a statement saying they’re taking the allegations “very seriously” and adding “We are truly heartbroken and sorry to learn that even one person in our production family has had a negative experience. It’s not who we are and not who we strive to be, and not the mission Ellen has set for us.”

–Princess Beatrice married Edoardo Mapelli Mozzi in a private ceremony on Friday morning, Buckingham Palace confirmed. It’s believed that around 20 people attended the scaled-down event including The Queen, the Duke of Edinburgh and Prince Andrew.

–Megan Thee Stallion posted on Instagram that she wanted to “set the record straight” and revealed that she “suffered gunshot wounds, as a result of a crime that was committed against me and done with the intention to physically harm me.” New reports allege that the crime against her was committed by Canadian rapper Lanez, from Brampton, Ont. TMZ reports that Lanez opened fire in their chauffeur-driven SUV and shot Megan in the foot twice after an argument broke out in the vehicle and the rapper and her friend, Kelsey Nicole, said they wanted to get out of the vehicle.

–Ryan Gosling and Chris Evans are teaming up for a new Netflix thriller directed by the Russo Brothers.

-In a new interview, August Alsina clears up lingering questions about his “entanglement” with Jada Pinkett Smith and how it figures into his path to wellness.

-Look, if Jamie Dornan wants to post videos of him working out to Abba, who are we to judge?

-Producers of The Bold Type made a last minute change to last night’s season finale after the actress who plays Kat expressed frustration over her storyline.

-Speaking of The Bold Type, I love this roundup of every terrible article shown in the show.

–The Chicks‘ new album is filled with glorious burns. Most importantly, we finally found out what Adrian Pasdar did on that boat.

–Aishwarya Rai and her daughter have been admitted to the hospital just days after they both tested positive for COVID-19.

–Keanu Reeves is now writing comic books because there’s nothing this magical unicorn can’t do.

–David Tennant and Michael Sheen interview Judi Dench in the latest episode of Staged. This looks delightful — wish we got full episodes here.

-The Tiger King stars are on Cameo, and the videos they’re sending fans are as unhinged as you’d expect.

-HBO is eyeing an In Treatment reboot and yes, please!

-This interview with Helen Hunt on Twister is great, but at the very end with the interviewer is about to ask her a question about Jodie Foster and accidentally calls her “Jodie”? I felt that.

-Fox released a Bob’s Burgers short of how the Belchers might react during quarantine — and it’s geoblocked. Yeah, that feels about right these days.

-Quarantine isn’t hurting all businesses: Netflix announced a blowout quarter: it added 10.09 million subscribers during its second quarter, boosting its global base to nearly 193 million.

-Netflix also put out calls for Canadian TV and film pitches, likely because production has started to open back up here.

–Will Arnett, Jason Bateman and Sean Hayes are turning their decades-long friendship into podcast called Smartless.

-Briarpatch has been cancelled after only one season. I’m bummed for Andy Greenwald. 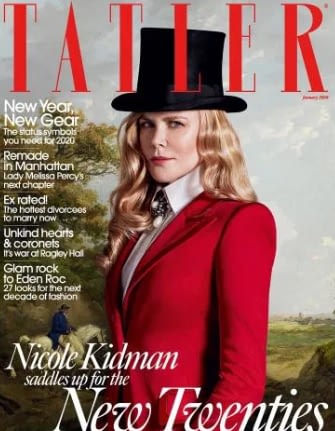