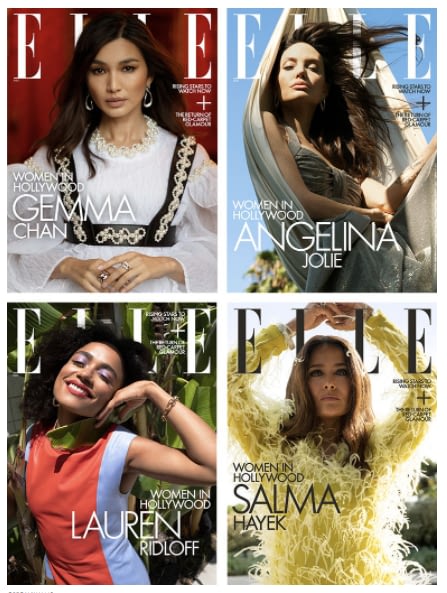 -Elle released a series of covers for their Women in Hollywood issue, including ones featuring The Eternals’ stars Angelina Jolie, Gemma Chan, Salma Hayek and Lauren Radloff. In the shoot, the best pics are of Jolie — mostly because they shot her swinging in a harness over a swimming pool.

-In a series of scathing Instagram posts, actress Ruby Rose finally opened up about her abrupt departure from the CW’s Batwoman, claiming unsafe work conditions and mistreatment by the network/studio. She also called out costar Dougray Scott, who she says “yelled like a little bitch at women and was a nightmare.” (My Ever After-loving heart is breaking.) Warner Bros TV responded with their own harsh words, saying she was fired based on an internal investigation of “multiple complaints about workplace behavior that were extensively reviewed.”  Between this, Brandon Routh and Dominic Purcell leaving Legends under not-great-sounding circumstances, and Supergirl’s Jon Cryer liking tweets about boycotting the network, the CW needs to get their house in order.

-All the bts drama makes me glad that Arrow ended and the decades-long hold the WB/UPN/CW had on me lifted, though the new teaser for The Flash’s crossover event looks good. It will feature Jefferson from Black Lightning, Mia from Arrow, Ray from Legends, Alex from Supergirl, Ryan from Batwoman, and Roy Choi from the last CW crossover.

-Also, the list of demand for the walkout is very thoughtful — and does not include taking down Chappelle’s special.

–Jonah Hill says he doesn’t care that people think he ruined surfing. First, why do people think that? Second, is he searching IG stickers with his name? Third, would anyone know about this if he hadn’t posted it?

–The Hollywood Foreign Press Association announced that it would move forward with handing out Golden Globe awards for the films and TV shows of 2021 — even if it’s not broadcast.

-This is such a good piece on why Mel Gibson keeps getting so many chances. “I’m convinced that far too many people decided that Weinstein’s punishment was proof enough that they’d fixed the problem. Not only that but it became the new benchmark for abuse.”

–Freida Pinto is the latest celeb to reveal a secret wedding during lockdown.

–Meryl Streep, Kit Harington and Matthew Rhys will head the ensemble of an eight-episode drama on Apple TV+ about climate change.

-This is a great interview with Shalita Grant on playing the comic relief in You and Search Party.

-The finale for Only Murders in the Building aired this week and I was surprised how continually charmed I was by that show.  Steve Martin, Martin Short and Selena Gomez made a fascinating team, Amy Ryan is always stellar, and Tina Fey has a quip at the end of the finale that I’m still laughing about.

-Netflix is moving ahead with a To All The Boys spinoff focused on the youngest daughter, Kitty.

-Here’s a clip of Anya Taylor-Joy singing “Downtown” for the soundtrack to Last Night in Soho.

–Jamie Dornan and Caitriona Balfe star in the Belfast trailer, written and directed by Kenneth Branagh. Audiences adored this at TIFF, where it won the People’s Choice Award. 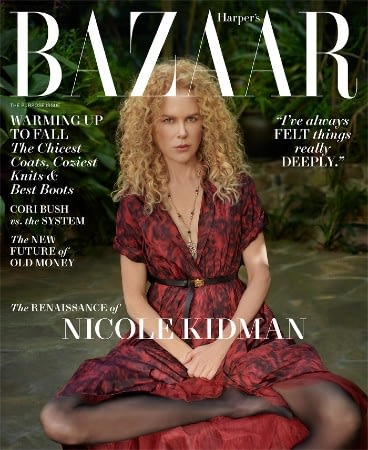