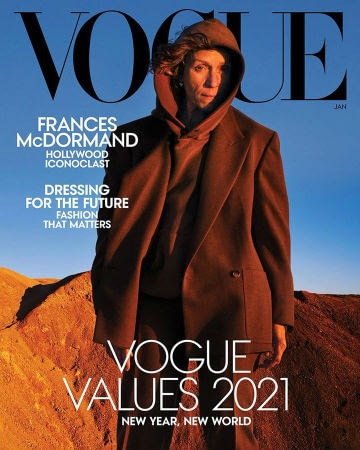 –Frances McDormand covers the new issue of Vogue, and I actually looked it up to see if she’s in the new Dune movie because otherwise this cover shoot makes no sense to me. She is not. In any case, she still deserves all the covers!

–Emma Stone is heading to TV. She’ll star in the Safdie brothers’ The Curse, which has been formally ordered to series at Showtime. The series from the Uncut Gems duo is described as a genre-bending comedy that explores how an alleged curse disturbs the relationship of Stone’s character and her husband (Nathan Fielder) as they try to conceive a child.

-Merry Swiftmas! Prolific pop singer Taylor Swift announced this morning that she’s celebrating her birthday by dropping another surprise album tonight. Considering how many folklore songs ended up on my Spotify Wrapped playlist, I’m very much looking forward to this.

-People are convinced that she’s wearing a wedding dress in one of the album’s promo pics.

–Ariana Grande gets teary in the trailer of her Netflix tour docu-film excuse me, i love you, which is set to drop Dec. 21.

–Ryan Reynolds got his mother to on an expletive-laden rant against Chris Hemsworth… but it’s all for charity.

–Jon Bernthal is set to create and star in an Amazon drama called The Bottoms. I’m not even gonna look up what this show is about, because there’s no way it lives up to what I’m imagining in my head.

–Pedro Pascal says his performance in Wonder Woman 1984 was partially inspired by Nicolas Cage. “With Wonder Woman, [Gal Gadot and Kristen Wiig] are doing the action, baby, and I’m doing the schm-acting! I am hamming it up!”

–Kelly Clarkson says her estranged husband, who was also her manager, defrauded her out of millions by charging exorbitant fees.

–Ellen Degeneres revealed that she’s tested positive for covid, but so far her symptoms are very mild. The show has paused production until next year.

-iCarly is being rebooted with the original stars because Hollywood has run out of ideas.

-Whoa. Girls star Allison Williams is going to lead a remake of the Canadian drama Being Erica.

–George Clooney‘s new movie The Midnight Sky is just getting so-so reviews but it’s on Netflix so we’re all going to watch it anyway.

-The French Exit trailer stars Michelle Pfeiffer as an ex-wealthy widow and Lucas Hedges as her son.

This was the most unusual red carpet I’ve ever seen in my 10+ years of covering award shows. Every nominee and major star who walked the red carpet wore black in support of the #TimesUp movement in an effort to bring awareness to the cause. And that was great. As was the amount of famous women who brought activists  as their dates (a move that was reportedly led by Michelle Williams).

But it wasn’t without frustrations. As I worried about before the show, talking about fashion at all seemed to be frowned about — despite all the hard work the designers and stylists put into helping the stars make this statement. (This thread from the Go Fug Yourself ladies covers it more eloquently than I ever could.) And most frustratingly, the women seemed to be the only ones being asked about #TimesUp movement, putting the burden of solidarity totally on them, while men got the typical questions about their nominations and roles, which further made the movement seem more symbolic than transformative.

That being said, fashion-wise this might have been one of the best red carpets we’ve seen in a while. Perhaps because the gowns were all black, there seemed to be more focus on impeccable tailoring and stunning accents & accessories. Here are my 10 favourites of the night:

Saoirse Ronan has been knocking it out of the park during her Lady Bird press tour and at the start of this awards show circuit with her dedication to mixing it up and keeping it fresh. She looks sleek and cool in Atelier Versace.

Speaking of sleek and cool, this is a great look for Jessica Chastain. Her Armani Prive fit her like a glove.

Pants was a big theme of the night, whether it was skirts over pants (Christina Hendricks, Alison Brie) or just a straight up lady suit. I don’t think anyone did it better than The Handsmaid’s Tale star Alexis Bledel in Oscar de la Renta.

Gawd, is there anyone cooler than Tracee Ellis Ross? The black dress code didn’t stop her from serving up a whole lotta look in Marc Jacobs.

I usually find Dakota Johnson a snoozefest at these things, but the back of her Gucci gown was stunning.

Gal Gadot is all business in a Tom Ford column dress and blazer. I felt like the slit was a slightly awkward length, but she still made it work.

Allison Janney proved black doesn’t have to mean boring in this in Mario Dice with daring cutouts.

Viola Davis was her usual stunning self. She’s pretty much the only person who can wear valor and still make me love it.

Embed from Getty Images
Allison Williams stretched the black dress code further than most in this Armani Prive with a colourful bodice. 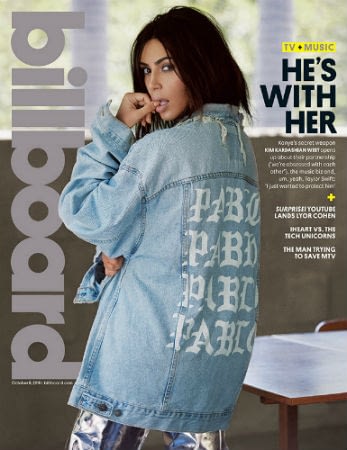