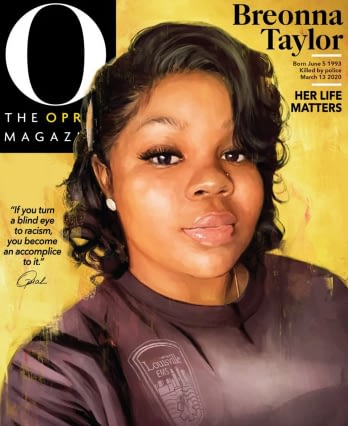 -For the first time ever in O’s 20-year history, Oprah Winfrey is not on the cover of her magazine. Breonna Taylor is.

–Taylor Swift and her team have moved quickly to respond to accusations that she copied the logo for the merchandise that goes with her new album, and has changed the design.

-She has remained silent though as fans continue to harass and dox the Pitchfork reviewer who gave the album 8/10. Sadly, with the toxic nature of some stan culture, this is only going to stop when she tells them to.

–Jacob Elordi talks about working out seven days a week, twice a day when shooting the first Kissing Booth movie: “At the time, I was super young and got thrown into a world where everyone wanted to talk about my body…it really f*cking bothered me. I don’t identify with that whatsoever. I was trying to prove myself and be known as an actor. It was so much working out and I hated every second of it.”

-This list of questions raised by The Kissing Booth 2 is very good (though I still thought it was miles away better — and less problematic — than the first).

-According to People’s excerpts of Finding Freedom, Prince Harry and Meghan Markle were actually engaged a lot sooner than we initially thought.

–Julianne Moore is not sure she would star in The Kids Are All Right as a straight woman if it were made today. I love that movie — but she’s not wrong.

–Alanis Morissette and Liz Phair were supposed to tour together this summer. The two met for a Zoom conversation with the L.A. Times that had them swapping horror stories about men in the ’90s.

-TIFF has announced its film lineup and it includes Regina King‘s directorial debut — which was just bought by Amazon Studio.

-Portrait of a Lady on Fire, which topped many people’s Best Movie of 2019 lists, is now streaming on Crave.

-This profile on rapper Flo Milli is great — and not just because she lays out a really sneaky way to grow Instagram followers.

-Australia’s Today Show executive Neil Breen opened up about his own experience with the Ellen Degeneres‘ staff when the talk show host was there to be interviewed. “The producer called us aside and said, ‘Now Neil, no one is to talk to Ellen. You don’t talk to her, you don’t approach her, you don’t look at her. She’ll come in, she’ll sit down, she’ll talk to Richard and then Ellen will leave…I have no idea whether she’s a nice person or not, I wouldn’t have a clue. But I can tell you the people who work with her walked on eggshells the whole time.”

-Meanwhile, in a letter to employees obtained by THR, DeGeneres apologized to her staff and vowed to “correct the issues” — though she seems to place the blame on her producers: “As we’ve grown exponentially, I’ve not been able to stay on top of everything and relied on others to do their jobs as they knew I’d want them done. Clearly some didn’t.”

-Happy Endings star Damon Wayans Jr. is reuniting with the series’ creator David Caspe and and two of the show’s writers for a half-hour bounty hunter action comedy on Peacock. Not exactly the HE reunion I wanted but I’ll take it.

–David Lynch‘s daily videos often feature unexplained props and it’s kind of amazing. “What is the purpose of this jar? Why did I paint it this certain way? Here in LA [proceeds to give a weather report and never mentions the jar again…]”

–George RR Martin isn’t the only author testing our patience. Patrick Rothfuss’ failure to deliver the third book in his Kingkiller Chronicle series led his editor to lash out on Facebook.

–Beyonce shared a new trailer for Black Is King, her movie that drops at midnight tonight on Disney+.