Me when someone says "I'm coming over and I've got snacks." pic.twitter.com/npoeR917UV

-Broken Social Scene debuted a new song on the Colbert show and the entire gang was there! Emily Haines, Jimmy Shaw and Amy Millan all showed up.

-The EW reunion issue is the gift that keeps on giving. This new Love Actually reunion photo is wonderful.

–James Corden as Belle from Beauty & the Beast is everything.

–Meghan Markle‘s former classmates are coming out of the woodwork — but in a surprising twist, they have nice things to say!

-She’s also being honoured for her humanitarian work in the UK edition of Vanity Fair.

-Well, here’s a new one: the Hoverboard company filed a lawsuit against Jennifer Lopez for failing to promote their product.

-The Big Little Lies finale is this weekend and I am not ready!

-Is this the most awkward interview James Van Der Beek has ever done? It’s possible.

-You can tell The Leftovers is coming back because Justin Theroux has been talking a lot about marrying Jennifer Aniston.

-I really like Lainey‘s piece in Chatelaine wondering if not doing housework undermines her feminism. Word, girl.

–Tom Cruise is looking super fit in the new trailer for The Mummy. 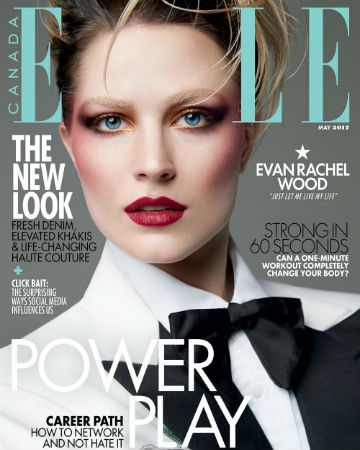 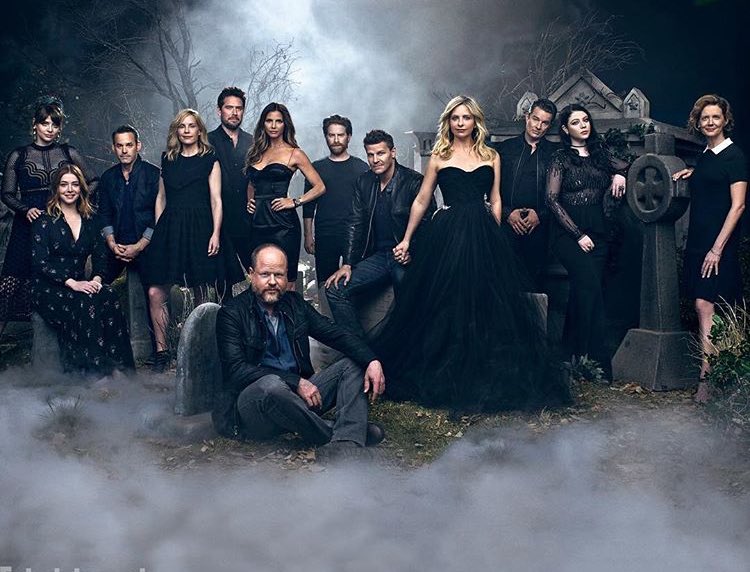 -EW dropped a surprise Buffy reunion cover today — complete with an amazing photo shoot and a 44-minute video special — and my heart is so full! The only person missing is Anthony Stewart Head. (Nicholas Brendan is there too, but for some reason he isn’t in the group video chat. And he didn’t tag Alyson Hannigan in his FB post about it.) In any case, I’m really hoping my subscriber cover ends up being this one.

-I also really liked everyone’s take on Angel vs Spike. I love Spike as a character (especially in the spinoff) but attempted rapists are probably not meant to be part of the OTP.

-Costars/new couple Melissa Benoist and Chris Wood look like they’re having fun in Mexico. (I hate her high-cut bikini. And she has multiple versions of it!)

-The Mindy Project is only getting one more season, which is good. I’m looking forward to seeing what she does next.

-Ouch! Charlize Theron is going for her fourth root canal thanks to stunts on Atomic Blonde.

–George Clooney says he totally ready for parenthood: “I played a pediatrician on ER. So I know how to work on extra children…If there’s any accidents, I’m there. I’m the guy.”

-Meanwhile, Amal is probably not going to let him name their twins.

–Emma Thompson says she almost quit a movie when a producer body-shamed her costar.

-I never watched Bones but I like this take on how it was an unconventional love story that upended the typical will-they/won’t-they schtick.

-Another writers’ strike might happen. I support the WGA but I really hope it doesn’t (the first strike was the kiss of death for a bunch of great new shows that could never recover, most famously Pushing Daisies).

–Judy Greer loves watching montages of her kissing leading men like George Clooney, Ashton Kutcher and more. (Her “can I keep this?” is the cutest.)

-Netflix is sticking to its Santa Clarita Diet, which just got a second season.

-Like everyone else, Alec Baldwin fell in love with Tina Fey when he first met her and asked if she was single. “When I first met Tina Fey — beautiful and brunette, smart and funny, by turns smug and diffident and completely uninterested in me or anything I had to say — I had the same reaction that I’m sure many men and women have: I fell in love.”

-Oh yeah, I forgot Prison Break returns Tuesday after seven years for a limited nine-episode run. I wonder if there’s a 5-minute series recap on YouTube?

-This is an interesting look at the rise of surreal TV. I’m kind of over shows that are pretty mind-screws that don’t actually amount to much (cough, Legion, cough).

-The trailer for the updated IT looks very, very good and I will never watch this movie.