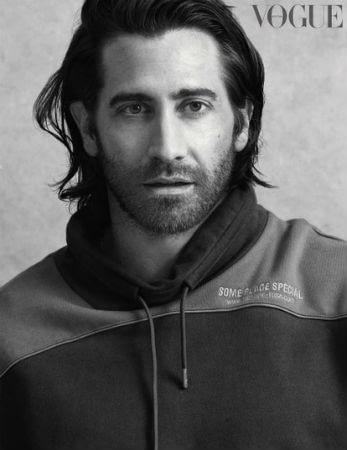 –Jake Gyllenhaal talking about wanting kids someday in British Vogue is… really something. “Yes, of course, I do. I definitely do. The act of making love to make a child…the real thing is life. You get to the end of the show and that’s what it’s about. Children. Children and art.”

–Justin Bieber and Ariana Grande‘s new video for “Stuck With U” features a ton of celebs and their significant others – and also confirms a few rumoured relationships.

–Prince Harry and Meghan Markle are living in Tyler Perry’s Los Angeles mansion. I know that sounds like mad-libs, but it’s not.

-Upload, which I really liked, has already been renewed for a second season by Amazon just one week after its premiere. I think this review, which calls it “a more cuddly looking Black Mirror,” nails it.

–Madonna would like to remind us that she’s donated $1.1 million in COVID-19 research and isn’t just spending her time bragging about having antibodies.

-Insecure star Amanda Seales called out white celebrities like Justin Timberlake for posting about Ahmaud Arbery but turning off their comments.

–Elon Musk “well, actually’d” Grimes after she’d just given birth to their kid. Why am I not surprised?

–Sandra Bullock was joined by her daughter when she made a surprise appearance to bring smiles to moms’ faces in Red Table Talk’s Mother’s Day–themed episode.

-I love that Normal People viewers are as obsessed with Connell’s chain as I am.

-Netflix is bringing The Baby-sitters Club back, and here’s the first trailer.

–Elisabeth Moss stars as horror novelist Shirley Jackson in the trailer for Shirley.