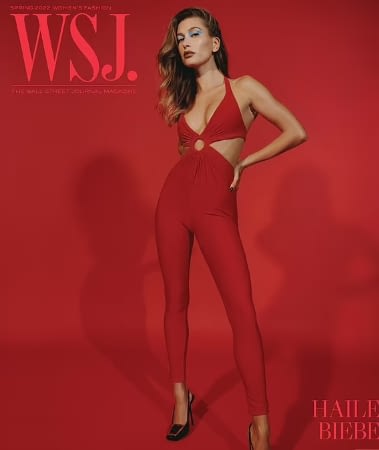 –Hailey Bieber tells the WSJ what she’s up to in 2022: launching her skincare brand, going on tour with Justin for the first time, NOT having babies (yet).  “I think ideally in the next couple of years we would try. But there’s a reason they call it try, right? You don’t know how long that process is ever going to take. Definitely no kids this year; that would be a little bit hectic, I think.”

–Justin Bieber pranked Charlie Puth on a phone call. “We never really got to talk about just like…years ago when you said ‘F— you’ on stage to me…it hurt my feelings.”

–Whoopi Goldberg faced heat after saying on yesterday’s The View that the Holocaust was ‘not about race’, but you got to hand it to her — she knew she stepped in it and was quick to apologize. She went on Colbert last night and discussed it, and also opened today show with an apology and had the ADL’s Jonathan Greenblatt on to further educate herself and the viewers.

-There’s no way this story about Prince Andrew wanting to ask Kevin Spacey for help is legit. Right?!?!

–George Clooney talked to Deadline about The Tender Bar, which I guess he’s campaigning for it though I can’t imagine it picking up a lot of (or any) nominations.

-There’s yet another Hollywood movie that has no Canadian distribution — this one is Channing Tatum‘s latest. I’m getting very nervous about this trend.

-Pregnant Bre Tiesi is reportedly “horrified” after her and Nick Cannon‘s baby news was publicly revealed.

-The late Soul Train creator and host Don Cornelius has been accused of locking up and violently sexually assaulting two young Playboy bunnies decades ago.

-Eve 6 did an interesting thread on the exploitation of bands by their labels and why they don’t see a cent from Spotify streams.

-Meanwhile, Prince Harry and Meghan Markle, who signed a deal with Spotify in 2020, have expressed their concerns about COVID misinformation on the platform in a new statement.

-A father in a coma haunts his family in the trailer for The Ice Demon.

-Paramount Plus released the first teaser for The Offer, its series about the making of The Godfather starring Miles Teller and Juno Temple.

-Here’s the trailer for the fourth and final season of Killing Eve, I show I didn’t know was still on.

–Colin Farrell, Jodie Turner-Smith, and Justin H. Min star in the After Yang trailer, which got raves at Sundance.