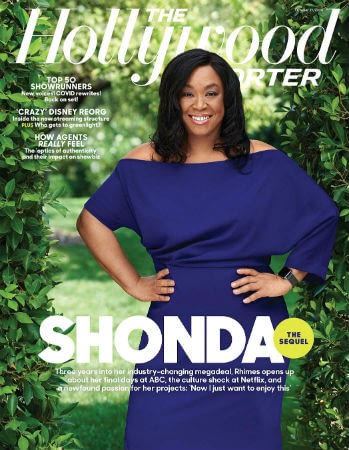 -In her THR cover story, Shonda Rhimes talks about leaving ABC (she says her breaking point came when she tried to get an extra all-inclusive pass to Disneyland for a trip she took with her kids and sister and a high-ranking exec asked her “Don’t you have enough?”), talks about setting expectations with Netflix (“The first thing I said was, ‘You’re not going to get another Grey’s Anatomy — not Grey’s Anatomy in a cornfield, Grey’s Anatomy on a baseball field or Grey’s Anatomy at an airport, that’s just not happening’ “), and the culture shock of being at the streaming service (“The reason I came to Netflix is because I wanted to be able to make television without anybody bothering me. And as long as I get to keep making television without anybody bothering me, I’m happy”).

–Robert Downey Jr., Mark Ruffalo and James Gunn took to social media to defend Chris Pratt. So they suddenly showed up when a meaningless throwaway Twitter poll voted him the worst Chris, but stayed silent when Brie Larson was facing hate and brutal boycott campaign from fanboys for being Captain Marvel and advocating for diversity? Screw them.

-Welp, Quibi is dead. Jeffrey Katzenberg is calling investors to tell them he’s shutting the company down, sources tell the Wall Street Journal. They’ll likely blame it on the pandemic and not the atrocious rollout or the fact that we are at the saturation point with streaming services.

–Jennifer Lawrence says her biggest regret about getting married last year is she didn’t have a big bachelorette party.

–Dolly Parton sang a few lines of “Bury Me Beneath The Willow” on the Late Show last night and it made Stephen Colbert cry. I loved her reaction: “I better hush before you cry yourself to death and we can’t finish the show.”

-I loved this chat between Jamie Lee Curtis and Neve Campbell about their reigns as scream queens.

-Legally Blonde 3’s new release date has been confirmed. I’m skeptical we’ll be back in theatres by then, but you do you, Hollywood.

-The reviews for The Witches are in, and it sounds very, very bad. Too bad; I was ready to watch Anne Hathaway ham it up.

-Another movie that isn’t faring well with critics is Netflix’s Rebecca remake mostly because the film portrays the central relationship as straightforwardly romantic, rather than tragic or toxic. The fact that this is how they depict the last scene makes it clear they had no idea what the book was actually about.

-Speaking of reviews, critics seem mixed on Borat 2. But the only thing everyone seems to agree on is the Rudy Giuliani segment is unbelievably uncomfortable. Apparently he follows Borat’s “daughter” into a hotel room and it’s … not good. The screengrab that’s floating around Twitter looks bad enough.

–Jared Leto will play the Joker in Zack Snyder’s Justice League, just in case you needed more convincing to skip it.

–Scott Speedman has joined the cast of You for season 3. I’m really happy for him, but my heart won’t be able to take it if he turns into a murder buddy for Joe.

–Jann Arden‘s sitcom is going to stream in the US on Hulu. Between this and her singing the Dawson’s Creek theme song when it hits Netflix, is this the year of Jann in America? Let’s hope! (She did a Cameo for my friend’s birthday this week and it was the best one I’ve ever seen.)

–Ariana Grande and Adele stans are not happy because they don’t understand how Twitter works.

-Normal People star Daisy Edgar Jones has been cast as Kyra, the lead in the film adaptation of Where the Crawdads Sing. I still haven’t finished that book — not because it’s bad but just because it was too heavy for my brain in 2020.

-The first trailer for Disney’s Raya and the Last Dragon is gorgeous. 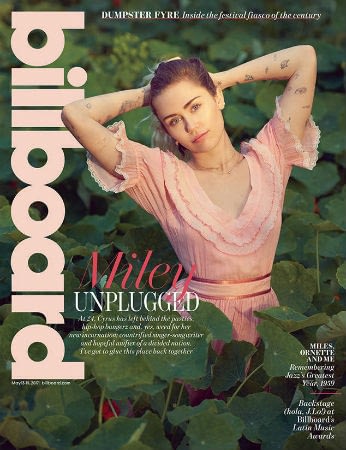