Cardi E is here! And so is her friend, Cardi B. Happy #Halloween! @iamcardib pic.twitter.com/YfSFeMCzHs

-I’ll give it to Ellen — she does a mean Cardi B impersonation.

-There are reports that David Benioff and D.B. Weiss walked away from their Star Wars project in part due because they didn’t want to deal with another “toxic fandom” after their Game of Thrones experience. Something tells me it would have gotten a hell of a lot more toxic under those two.

–Kelly Clarkson‘s Hocus Pocus tribute is something to behold.

–Aaron Sorkin wrote an open letter to Mark Zuckerberg in the New York Times: “This can’t possibly be the outcome you and I want, to have crazy lies pumped into the water supply that corrupt the most important decisions we make together.” It’s kind of ironic that Sorkin’s Social Network is a big reason people viewed Zuckerberg as a scrappy underdog instead of someone in over his head for wayyyy longer than they should have.

-Ah boo. Meg Ryan and John Mellencamp have reportedly called off their engagement after eight years together.

–Tom Hiddleston and Charlie Cox are in the Broadway play Betrayal, and last night they switched costumes from their individual superhero franchises: Tom was dressed as Daredevil and Charlie was Loki. My Twitter feed went berserk.

-I’m late to the game but I finally saw Jojo Rabbit last night and wow. Loved. Here’s a cute video of Taika Waititi and Stephen Merchant breaking down a scene from the film.

-Here’s our first look at Normal People, the TV adaptation of Sally Rooney‘s book (which people loved way more than I did).

-A snippet of Eminem‘s new song leaked and apparently it’s called “What If I Was Gay?” which, based on his previous history, has everyone bracing themselves.

–Cuba Gooding Jr has been charged with six counts of forcible touching and 3rd degree sexual abuse. He pleaded not guilty.

-HBO/BBC’s adaptation of His Dark Materials is getting mixed to good to great reviews. I’m confused.

-Radiohead’s Thom Yorke‬ released a hand-illustrated video for “Last I Heard (…He Was Circling The Drain)” composed of 3,000 hand-drawn frames.

–John Krasinski talking about his super impassioned father-in-law is adorable.

–Emilia Clarke and Jimmy Fallon played the “Box of Lies” game and she was hilariously bad at it.

-This is another good thread in response to David Simon‘s Rolling Stone interview.

-The trailer for Netflix’s The Witcher, the streamer’s upcoming fantasy adventure based on the Polish novels and video games and starring Henry Cavill, has landed. It hits Netflix on Dec. 20.

–Miley Cyrus threw on a Hannah Montana wig last night and had some fun.

-Has social media killed celebs’ ability to quietly rake in dough with overseas commercials? Tom Hiddleston is getting roasted for his Centrum vitamin ads on Chinese TV.

-Sources tell Us Weekly that Lady Gaga split from fiancé Christian Carino because “He was jealous. He was trying to find her all the time and texted her a lot. Her friends didn’t like him either.”

–Liam Neeson has once again apologized for his “impulsive” racial comment: “I missed the point.”

-This is terrible: both members of UK indie band Her’s and their tour manager were killed in car crash during their US tour.

-Celebs are joining George Clooney’s call to boycott luxury hotel properties owned by the Sultan of Brunei over his country’s anti-gay laws.

–Sarah Michelle Gellar and Selma Blair hanging out at Disneyland is too sweet.

–Matthew McConaughey and Snoop Dogg‘s new movie is getting savaged by critics, but at least they’re having fun on their promo tour.

-I couldn’t escape the Thanos’ exploding butt theory this week, so now I need you to suffer too.

-I don’t know why it makes me sad to learn that Ben Affleck has Dunkin’ Donuts every day, but it does.

-The trend of horror movies in which you have to stay quiet to avoid baddie detection continues. Kiernan Shipka and Stanley Tucci star in Netflix’s  The Silence. 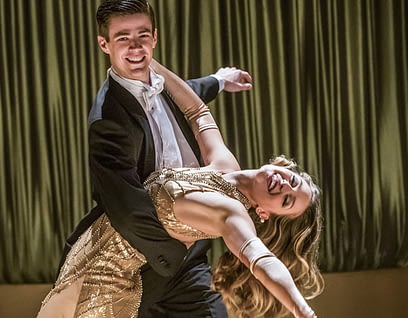