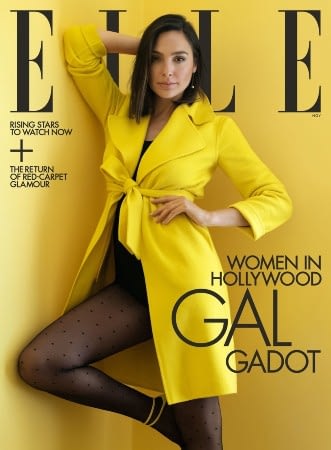 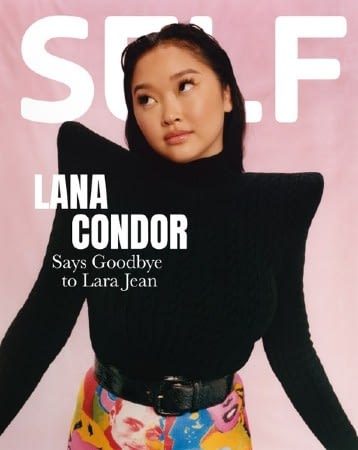 –Lana Candor is promoting the final To All The Boys film (on Netflix next week! Yay!) and talked to Self about burning out while promoting the first movie and shooting a TV show (“I was just saying yes to everything because it’s a once-in-a-lifetime opportunity, and you want to capitalize on it, and you want to feel like you’re fully embracing everything. But I’ve never felt more horrible mentally. I was so burned out…. I would go home at night and I couldn’t speak. I couldn’t eat. I couldn’t sleep. I would shake going to bed and shake waking up because it was just so much stimulation. I was on the phone with my team and I had this moment where I just was in tears, telling them that I don’t feel okay. And they were all shocked because I wasn’t open about my feelings. No one knew”), experiencing body dysmorphia “(I’m not in a place where I can say, ‘Oh, yeah, it’s over.’ I have to work on it every single day”), and being the only Asian in a casting room of white women (“You’re like, ‘What am I doing? Do you have me here to fill a quota?’ That can feel very obviously limiting”).

-The Golden Globe nominations last year were surprisingly great — but we knew that couldn’t hold. This morning’s nominations were back to being a WTF mix of surprises and snubs. Emily in Paris and Ratched are nominated while I May Destroy You (the only consensus show of the goddamn year) is shut out? Jared Leto gets love but Meryl Streep doesn’t? There was also the lack of diversity, which was especially apparent in the TV categories. This is a good piece on why it matters, and this is a good piece specifically about what I May Destroy You’s shut out says about whose stories are seen as universal.

-My favourite nomination reaction tidbit is this one about The Great’s Nicolas Hoult, who was doing a workout *in his kitchen* when his phone started beeping with congratulatory texts. London apartments, man.

-Speaking of the Globes, Amy Poehler and Tina Fey are back on hosting duties this year.

-My god, has any singer been so determined to torpedo his own career faster than Morgan Wallen? First came his SNL debacle, and now footage emerged that captured him using expletives and the N-word. He’s apologized but CMT has already dropped him from all its platforms. He’s also been disqualified by the CMAs for upcoming awards.

–Rebel Wilson and Jacob Busch have called it quits.

-The CW has given renewals to pretty much all of its existing shows, continuing its habit in recent years of announcing renewals before May.

-Watch some of the Super Bowl’s biggest ads ahead of the game, starring Michael B. Jordan, Mila Kunis, Mindy Kaling, and more.

–Sam Neill didn’t really know what was happening when he filmed Thor: Ragnarok. “I was completely baffled by so many things. I went with friends who sort of knew a bit more than me. I was like, ‘Do you know what planet we’re on at the moment? Is that Hopkins or was that Loki?’ And they were explaining it, they said, ‘You’re in the film! Why do we have to explain it to you?’ I said, ‘Because I’m a bit lost. I’m truly lost here.’ ”

–Bebe Rexha would like you to know that the rumours of her death have been greatly exaggerated.

–Dominic West and wife Catherine FitzGerald are enjoying a luxury family vacation in Kenya. In the middle of a pandemic. This guy…

–Pamela Anderson shared photos of her backyard wedding with People.

-I don’t watch The Bachelor, but apparently Matt James‘ season has devolved from being celebrated for its diversity to being defined by women attacking other women.

-Congrats to Jenny Slate, who just welcomed a baby girl. It’s her first child, who she named Ida Lupine.

–Mario Lopez says he had stayed in touch with Dustin Diamond — and they were talking about doing a reality show together. “I don’t abandon, like, my friends or never turn my back on people that are always there for me and I stood by him and was always a phone call away when he moved to Wisconsin and we stayed in touch and he met his girlfriend recently. We were actually discussing, when I talked to him recently, just two weeks prior to him passing, about the upcoming season and figuring out doing something cool. I was trying to convince him to do something in the reality space that I’d be producing for him.”

-Please don’t make me catch up on all the Southern Charm gossip. I just don’t care, even if A-Rod is involved.

–Fran Lebowitz doesn’t plan to watch Bowen Yang‘s SNL impression of her.  When asked how she learned about the sketch, she had the MOST Fran Lebowitz answer: “I went into the kitchen where there’s my answering machine, a device, which you may have to describe to your listeners. There were messages on it, and I thought something horrible happened, someone died, you know? And so I got these messages. But no, I didn’t see.”

-This interview with Viggo Mortensen is excellent. He says he’s reuniting with Eastern Promises’ David Cronenberg on a new project, and talks about that time he was found in the woods as a baby, wandering around with a dog.

–Noah Centineo is doing promo, which means the final To All The Boys I’ve Loved Before Movie is about it hit! (Update: Netflix just announced it’ll come out on Feb 12 and dropped a trailer.) In a new GQ interview, Centineo remembers a scary incident when a group of fans tracked his flight to meet him at the airport and tried to follow him home. (Also, the wild thing about this whole article is how few quotes are attributed to him. The reporter clearly likes him and they talk about a lot of topics, but most of his direct quotes are just short exclamations. It’s odd.)

-The whispers about Armie Hammer continue to get louder. He’s reportedly “stepping away” from his comedy with Jennifer Lopez. In his first statement about the growing scandal, he said “I’m not responding to these bullshit claims but in light of the vicious and spurious online attacks against me, I cannot in good conscience now leave my children for 4 months to shoot a film in the Dominican Republic.” (I’m not sure if using the kids is the direction I would have went on this…)

-Meanwhile, the Daily Mail has some not great video of him doing what looks like drugs.

–Bruce Willis was asked to leave a pharmacy in LA for refusing to wear a mask. He was wearing a bandana around his neck — how hard was it to just put it over his mouth? Jerk.

-He’s since called it “an error in judgement.” Still a jerk tho.

-Today’s wild news day includes this nugget: Rebel Wilson says she was once kidnapped at gunpoint in rural Mozambique. “I felt like I was very good in the crisis. I was like a team leader. They sat us down, and I said, ‘Everybody link arms,’ because I was petrified in the night that they might want to take one of the girls or something.”

-Backstreet Boy Kevin Richardson tweeted a story about losing a friend to Q*non, which is likely a subtweet about Brian Littrell.

–Riz Ahmed revealed that he recently got married, but won’t be revealing his wife’s name.

-Insecure is ending with its upcoming fifth season. If this is what Issa Rae wants, I’m glad she’s getting time to wrap up the series but man, it feels like it hit its stride last season.

-The fact that five different people sent me this Bridgerton duet TikTok is making me question my brand. (J/K; keep sending).

-Speaking of Bridgerton, I love this British Vogue spread of Phoebe Dynevor and Regé-Jean Page.

–Emma Roberts took to Instagram to introduce the world to her son, Rhodes Robert Hedlund.

–Mary-Kate Olsen and Olivier Sarkozy have reached a divorce settlement.

-Amazon confirmed their Lord of the Rings show is about the return of Sauron. This thing is supposed to come out this year, and that’s all we really know about it so far.

–Jon Hamm says he auditioned to play Sandy Cohen in The OC. He’s great, but he doesn’t have the eyebrows for it.

-The SAG Awards are moving to April after the Grammys took their original slot.

–LaKeith Stanfield infiltrates the Black Panthers in the trailer for Judas And The Black Messiah.