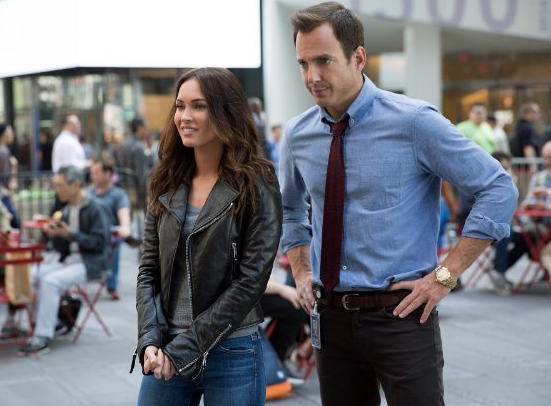 -Wait, that giant phoenix tattoo on Ben Affleck‘s back might actually be legit?!?? Dudebro is making some solid decisions these days. (Also, I love Us Weekly’s now missing quote about how “Jen knows about it but feels like it’s not her problem.”)

–Gwyenth Paltrow wants you to rob her. Go ahead! She’s down.

-The New York Times’ Megan Amram wrote a GOOP Gift Guide AS Gwyneth Paltrow and it’s a thing of beauty.

-Meanwhile, the annual Hater’s Guide to the Williams Sonoma catalogue has arrived! I look forward to this more than xmas morning…

-I’m kinda over all the Gwen Stefani/Blake Shelton photos, but she looks great in these ones.

–Abigail Breslin is a heckler.

–Blake Lively‘s TBT photo with Jason Priestley has to be seen to be believed.

–Amy Poehler and Jimmy Fallon played Truth or Truth, and when asked about her greatest fear, Amy had the perfect answer: “Being mistaken for JLo. Then being asked to dance. And dancing better than JLo. And JLo being angry.”

–Tina Fey was delightful on The Graham Norton Show, talking about buying her first bra when she was 10.

–Justin Bieber took over James Corden’s monologue. In other news, James’ job is safe as houses.

–Bruce Willis proved to Stephen Colbert that he does his own stunts with a long, extended fight scene.

–Joel McHale and Danny Pudi are proving to be the nicest friends ever by agreeing to guest star on Ken Jeong‘s terrible new sitcom.

-According to the Hollywood Reporter, Adam Sandler‘s awful Netflix movie has a scene where Steve Buscemi “lubes up the anus of an incontinent burro.” Charming.

-I love me a good roundtable, but nothing could convince me to watch this director’s one.

-Vanity Fair has a great primer for the case the new season of Serial is tackling before you jump into the podcast.

-One of the best things about the new Star Wars movie coming out is that the world is going to find out what a charm bomb John Boyega is.

–Cate Blanchett in talks for the next Thor movie? I don’t want to begrudge her that Marvel money, but why does she have to pick the weakest films in the MCU?

-Ugh, the new X Men trailer. I actually like this franchise (relative to other superhero stuff), but the effects look like garb. It’s also clear that they’re trying to turn Mystique into a major character to cash in on JLaw‘s success which is kinda meh.