I’m not tweeting much because I’m honestly in a bit of a grief depression hole but do not worry as I have so much help around me to get better and I’ll be fixed soon. they’ll call when im better and ready for pickup and u can swing by and grab me ok? thank u and love you!

-After tweeting about her “grief depression hole” earlier this week, Chrissy Teigen reflected on the “brutal, exhausting, sad, physically challenging, mentally painful bitches of a couple months” since the loss of her baby in a new Instagram post, saying she’s starting to feel better: “I already see the leaves as orange instead of grey, realized the sky is indeed blue and not black and horn honks on my forced morning walks only bring me to my knees half the time.”

–Nick Kroll has lots to be thankful for this Thanksgiving: he just married his pregnant girlfriend, Lily Kwong.

-On a podcast, Matthew McConaughey told a crazy story (complete with accents) about wrestling the strongest man in a small village on his trip to Mali.

-One Day at a Time has been cancelled — again.

-I love this piece on how we have to appreciate Debbie Allen more. She’s the reason Grey’s Anatomy has so many women directors.

-Sweet jebus, did Eric Clapton and Van Morrison really team up on an anti-COVID lockdown song? Irresponsible and awful.

-I keep forgetting that Diane Kruger and Norman Reedus have a kid together.

-There’s rumours that David Lynch is set to write and direct a new Netflix project. It will undoubtedly be strange and confusing and critics will love it and I won’t get it.

–Johnny Depp might have been dropped by the Fantastic Beasts franchise, but he’ll still be the face of Dior. 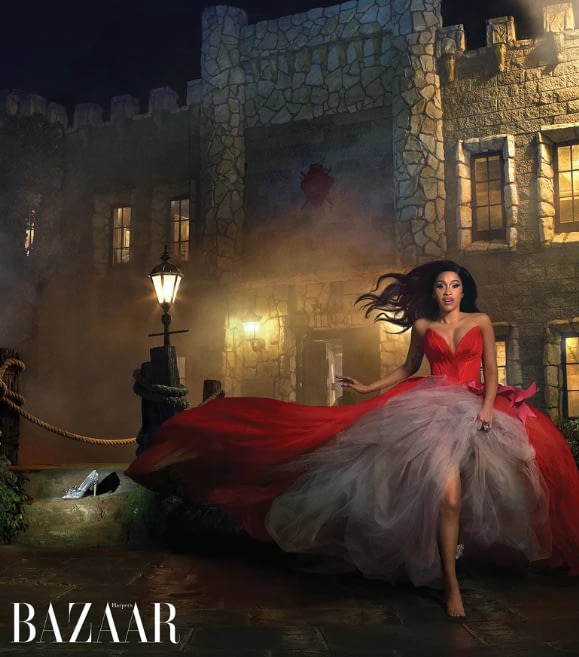 –Cardi B is coming in hot with her Harper’s Bazaar photo spread, which is by far the best editorial of the year so far. (I love that she got in a fight with Nicki Minaj at Harper’s Fashion Week party, and not only did she still land their cover, the photos actually reference it.) In the interview, she talks about working on her marriage to Offset (“Nobody makes my decisions about my life but me. I didn’t want to go to marriage counseling. He suggested it, but it’s like, ‘I don’t want to go.’ There’s no counselor or nothing that could make me change my mind”), postpartum depression (“When I gave birth, the doctor told me about postpartum, and I was like, ‘Well, I’m doing good right now, I don’t think that’s going to happen.’ But out of nowhere, the world was heavy on my shoulders”), and re-prioritizing (“Now I don’t feel like I have the time to please people. I don’t care about anything anymore—just my career and my kid. Well, I care about my career because of my money”).

–Ellen Page going after Chris Pratt is a mood! (At what point can we just drop Pratt from all those “who’s the best Chris” discussions? Messina is ready to swap in!)

-Congrats to Vampire Diaries star Paul Wesley, who got married.

-Man, EW’s romcom issue is just the gift that keeps on giving. Today they posted a piece with Katherine Heigl, James Marsden, Malin Akerman, and Ed Burns reminiscing about 27 Dresses (a film that holds up surprisingly well).

–Ariana Grande had a busy day! She just dropped a new (possibly queerbaiting?) music video, and a new album that’s getting rave reviews.

-The Grammys are gonna be a mess. Not only is Ariana bailing, Drake, Childish Gambino and Kendrick Lamar all declined invitations to perform too.

–Danai Gurira is leaving The Walking Dead. She’s the only good thing the show still has going for it and if AMC didn’t feel the need to throw bags of money her way to make her stay, it’s their loss.

-Meanwhile, Norman Reedus may not be working with Andrew Lincoln any more, but he hasn’t stopped pranking him.

-Leaving Neverland, that Michael Jackson documentary that had Sundance buzzing, is coming to HBO in March.

-In other HBO news, Barry and Veep will premiere in March, while Big Little Lies’ second season is landing in June.

–Juliett Binoche‘s comments on Harvey Weinstein are super disappointing. Goddammit, I just sat through Let The Sunshine In for her!

-Good on Jeff Bezos (words I never thought I’d say) for exposing the National Enquirer’s attempts to blackmail him using nude photos, but female celebrities did it first. 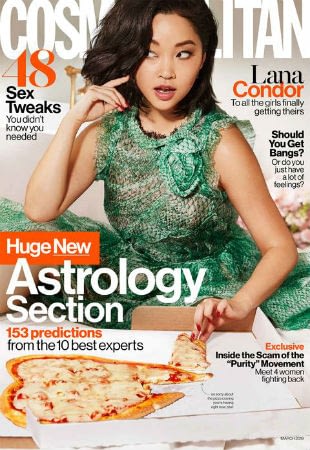 -In her new Cosmo cover story, Lana Condor admits she and Noah Centineo did nothing to stop those romance rumours, despite her having a longtime live-in boyfriend. But I wonder how much that was encouraged by Netflix during TATBILB’s press tour?

–Bradley Cooper was refreshingly candid when he talked to Oprah about being “embarrassed” by his Oscar snub for Best Director. “I felt embarrassed that I didn’t do my part. I’ll work on that. I went, ‘Oh, gosh. I didn’t do my job.'”

-The Walking Dead has been renewed for Season 10, but there is a chance Danai Gurira may not return as negotiations have become more complicated since she became a superstar thanks to Black Panther. Meanwhile, Norman Reedus becomes No. 1 on the callsheet with a reported paycheck of $350,000 per episode on top of additional guarantees and advances in a deal that sources say could be worth anywhere from $50 million to $90 million. (That guy also hits the lucrative con circuit hard so he’s pretty much flush.)

In the new issue of British GQ, Armie Hammer (who might be Hollywood’s worst tweeter — discuss!) stands by his tweets that criticized celebrities’ selfie tributes to the late Stan Lee.

-Avengers: Endgame might clock in at 3 hours. Dear god.

–Jennifer Lopez is performing a Motown tribute at the Grammys and people are not happy.

-I’ve been reading a bit of backlash about the third season of The Good Place and I just don’t get it. Yeah, the Earth-bound stuff wasn’t great and I’m not totally shipping Eleanor and Chidi (and I ship everyone!) but this was also the season that gave us the Jeremy Bearimy episode so I have no complaints.

-Here’s our first look at the Four Weddings and a Funeral reunion for Red Nose Day.

-Speaking of first looks, HBO just released a bunch of photos from Game of Thrones’ final season. I feel like I’m going to love Sansa this season.

-People’s cover story gives good press to Meghan Markle (which she can use after the trashing she’s getting in the British press — there was a headline yesterday about her being the cause of Harry’s baldness). People’s story has some new scoop, including how she leans on her faith and how everything went down with her father during the wedding.

–Ed Westwick (who was accused by three women of sexual assault but prosecutors did not pursue charges) just landed a new gig. These men are Teflon.

-EW is doing a bunch of romcom retrospectives in time for Valentine’s Day. I’m not sure anyone needs a fond look back at He’s Just Not That Into You, but I really liked this piece about Zooey Deschanel and Joseph Gordon-Levitt getting together to re-watch (500) Days of Summer 10 years later.

-Celebs are getting in on the #FuckFuckJerry action and calling on people to unfollow their accounts.

-Here’s the first trailer for The Sun Is Also a Star. This book is on my bedside table and it’s one of two (alongside The Hating Game) that I pick up whenever I’m down because I can flip to a random page and it just brings the happy. So trust me when I say I do NOT want them to screw up this movie — and this trailer has me hopeful that they won’t. Yara Shahidi looks perfect; I’m less convinced about the Riverdale guy but I’ll give him a chance.