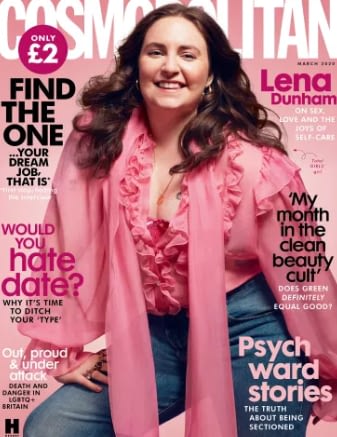 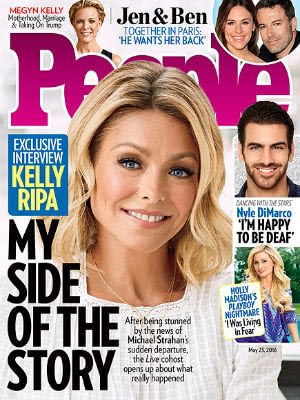 -In this week’s People cover story, Kelly Ripa talks about what really happened when she found out that Michael Strahan was leaving (“I didn’t just not show up”), and explains why she basically forced him out months earlier than the original plan.

-Speaking of People magazine, they’re laying the groundwork for a Bennifer reunion. Are you ready? ‘Cause their PR camps really want you to be ready.

–Jenny Slate has ended her three-year marriage — and is now reportedly dating Chris Evans! Sad about her marriage, but as someone who listened to those two flirt their way through Anna Faris’ podcast, I’m one million percent here for this.

-These photos of George and Amal Clooney at Cannes make me realize that I’m going to be bopping around France the same time they’re there. Get the bail money ready!

–Justin Timberlake and Anna Kendrick sang “True Colors” in Cannes, for some reason.

–Drew Barrymore opened up about her divorce on the Chelsea Show premiere, saying she felt like “the biggest failure.”

-I actually feel bad for Justin Bieber and totally get why he doesn’t want to take photos with fans anymore. MTV News’ piece on Justin’s panopticon of fame is worth a read.

–Woody Allen’s son Ronan Farrow wrote an excellent response in THR for their cover story on Allen, and it’s required reading for journalists who cover famous people and feel they have to pull their punches for continued access. He also demands answers from the actors who continue to work with Allen.

-In non-Woody Allen THR news, their showrunners roundtable is a must-read about writing in Hollywood.

–Emma Watson is the latest famous name to crop up in the Panama Papers, but she denies dodging taxes.

–Sophie Turner says Jennifer Lawrence “punched me in the vagina.” That seems on-brand.

-If you sue Nicki Minaj, she will destroy you on Twitter.

-The worst thing about Donald Trump‘s campaign is that it took The Newsroom’s Will McAvoy out of retirement.

-I really like Jon Stewart, but his critique of Hilary Clinton is pretty terrible. Instead of talking about her policies, he focuses on her how authentic she looks? Ugh.

-Was the Peggy mention on this week’s Agents of Shield proof that Agent Carter is cancelled? *pouts*

-I seriously don’t know if I can commit to another hourlong drama, but the early reviews for Preacher are flames.

-Speaking of hourlongs, I’m still not over the f*ckery that was The Good Wife finale. This article about it is great, especially the third bullet about the showrunners’ strange comments.

-It looks like Supergirl might actually move to the CW. Production-wise, it shouldn’t be that much of a visual step down (The Flash often looks better made on a much smaller budget), but is it good for the CW? Do they even get a say?

-Speaking of The Flash, last night’s Kevin Smith-directed episode might have been its best yet.