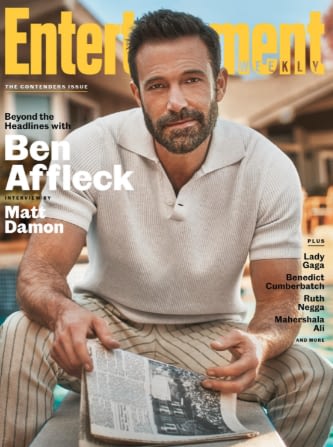 -In his Entertainment Weekly cover story, Ben Affleck is interviewed by Matt Damon and says that he doesn’t regret Gigli because that’s where he met Jennifer Lopez. “I thought my job was to be a cipher. I can see now how people looked at me and thought of this person as some callow frat guy who’s cavalier, or has too much. It engendered a lot of negative feelings in people about me….But if the reaction to Gigli hadn’t happened, I probably wouldn’t have ultimately decided, ‘I don’t really have any other avenue but to direct movies,’ which has turned out to be the real love of my professional life. So in those ways, it’s a gift. And I did get to meet Jennifer, the relationship with whom has been really meaningful to me in my life.” (Also, the video in the middle of the story is cute because there’s a lot about how his 16-year-old daughter is constantly mocking him.)

–Jamie Lynn Spears is on a promo tour for her forthcoming memoir, and got teary when asked about her rift with sister Britney, saying she’s “always been my sister’s biggest supporter.”

-Oh god. Pete Davidson is reportedly being considered to host the 2022 Oscars.

-The SAG Award nominations were announced this morning and they were WILD. Kristen Stewart (thought to be the frontrunner) was shut out, as was Rachel Zegler, while Jessica Chastain, Nicole Kidman, and Jennifer Hudson somehow squeaked in. Selena Gomez was not nominated for Only Murders in the Building but costars Steve Martin and Martin Short were. The inclusion of the cast of Yellowstone in the TV ensemble category was unexpected, as were Squid Games and House of Gucci’s multiple nods.

–Amy Schumer and Shirley Maclaine will join the cast of the second season of Only Murders in the Building.

–Prince Andrew will face a civil trial in America over sexual abuse claims after a US judge dismissed his lawyer’s attempt to have the lawsuit thrown out.

–Reese Witherspoon published an Instagram post about habits she wants to embrace to improve her daily life, and Ina Garten was like ‘Nah, imma drink more.’

–Mary-Kate and Ashley Olsen not only released a statement on the death of Bob Saget, but they also allowed their names to be added to the FH cast statement. This is the first time I can remember them speaking in public in at least a decade, and I wish it wasn’t for such a terrible thing.

–Kellie Martin is reprising her role in a sequel to Life Goes On for NBC. Her gut-wrenching storyline with Chad Lowe in the original show is still burned in my memory.

-I’m so glad to see this thoughtful review of To Paradise. I’m trying to get through that book but man, I’m struggling. I felt like a failure for giving up her previously super buzzy book (A Little Life) but now I’m on the DNF train. The New Yorker profile of Hanya Yanagihara is fascinating, though.

-Netflix is moving ahead with not one but two sequels to Red Notice, featuring Dwayne Johnson, Gal Gadot, and Ryan Reynolds.

-I’m finally caught up on Station Eleven and I wish I hadn’t resisted it so long because of its post-apocalyptic/pandemic content, because I find it so hopeful and kind. Episode 9 was especially exceptional.

-One TV show at a time is about all I can handle these days, but this review of the reality show Finding Magic Mike makes me really want to watch it.

-The creators of The Americans have a new series for FX called The Patient, starring Domhnall Gleeson as a serial killer and Steve Carell as his prisoner.

–Zoë Kravitz stars as an agoraphobic tech worker who discovers a recording of a violent crime in the trailer for Steven Soderbergh’s KIMI, coming to HBO Max in Feb. 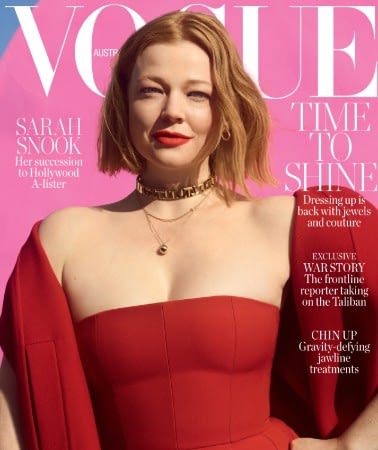 -Succession star Sarah Snook revealed she got married to comedian Dave Lawson during COVID lockdown — and it sounds the premise of an excellent romcom. She told Vogue Australia, “At the beginning of the pandemic last year, I got locked down in Melbourne with one of my best mates and we fell in love…We’ve been friends since 2014, lived together, traveled together, always excited to see each other, but totally platonic. We’ve just never been single at the same time. I proposed and we got married in February in my backyard.”

–Sean Penn’s wife has already filed for divorce after a year of marriage.

–Kourtney Kardashian and Travis Barker are engaged, and that’s how I found out her family calls them “Kravis.”  Is there a way I can un-know this?

–Adele is doing a two-hour special on CBS airing on Nov 14, where she’ll perform her hits and never-before-heard songs along with an exclusive interview with Oprah. It’ll air on Global here.

-Meanwhile, Adele says that she played her new album for Drake and asked his opinion. “I’m like, ‘Do you think this is like, what people want or not want?’ And he was like, ‘Absolutely.'”

–Billy Porter was not impressed by all the attention Harry Styles got for wearing a dress on the cover of Vogue — because he led the way. “I changed the whole game. I. Personally. Changed. The. Whole. Game. And that is not ego, that is just fact. I was the first one doing it and now everybody is doing it.

–Zendaya continues to crush it on the Dune press tour.

-A guy made a song based on the texts his mother sent him while she watched You, and it’s hilarious. (I’m halfway through the new season and it’s really, really good.)

-Disney just pushed back a bunch of its release dates. Sequels for Marvel’s Doctor Strange, Black Panther, Ant-Man and Thor — plus the next Indiana Jones movie — are all being delayed.

-The Y: The Last Man team is looking for a new network home after FX on Hulu canceled the series. It’s really strange that FX would announce this before the season’s last three episodes even aired.

-The news that Mel Gibson will lead the John Wick prequel at Starz is not going over well. The Continental will explore the origin behind the hotel-for-assassins in the John Wick universe, but any enthusiasm people had for this prequel seems to have evaporated with this casting news. Hard pass.

-I don’t watch The Great but these images of Gillian Anderson in season 2 are tempting me.

-Every new trailer Jeremy Renner’s new series Mayor of Kingstown is more incoherent than the last.

-Other trailers that debuted at DC FanDome include Dwayne Johnson’s Black Adam, John Cena’s Peacemaker, and Ezra Miller’s The Flash.