John Boyega is currently on Insta live and telling white racists to fuck off and folks, it is glorious. pic.twitter.com/ojxnkGKDV5

–John Boyega tweeted “I really f*cking hate racists” and people got all huffy in his replies and he was NOT having it. His responses were amazing. Then he took it up a notch on Instagram Live: “I’ll say it again. F*ck you racist white people. I said what I said. If you don’t f*cking like it, go suck a dick…If you’re a fan of me and you support my work and you’re racist and you’re arguing with what I was saying, f*ck off, you f*cking dickheads.” I love him with my whole heart.

-In her new Variety cover story, Gabrielle Union is breaking her silence on what went down on America’s Got Talent.

–People’s latest cover story is Lori Loughlin and husband Mossimo Giannulli‘s first step to image rehabilitation. Sources tell the magazine, “Lori and Mossimo deeply regret what they did. They want to serve their sentences, pay their dues and put this behind them.”

-This is a pretty great breakdown of that Tatler cover story on Kate Middleton. Meanwhile, Kensington Palace has hit back at Tatler’s article, saying “This story contains a swathe of inaccuracies and false misrepresentations which were not put to Kensington Palace prior to publication.” Which is surprising, seeing as many believe the article was sanctioned by Kate.

–Billie Eilish has shared a short film about body shaming titled Not My Responsibility.

–Josh Gad brought Tom Hanks, Daryl Hannah and Ron Howard back together for a Splash reunion. Howard recalled one time John Candy was late to the set and offered up the most amazing excuse. “He said, ‘Look, I’m drunk!’ Here’s what happened … I’m at the bar and Jack Nicholson’s at the bar. Jack Nicholson knew my name, Ron. He starts buying me drinks, I said, ‘I gotta go shoot’ and he said, ‘You’ll be alright kid, don’t worry about it.’ I never went to bed, Ron, I never went to bed!”

–John Krasinski explained to Rainn Wilson why he decided to sell Some Good News to a TV network. Surprisingly, the phrase “cash grab” didn’t come up.

–Lisa Kudrow says Matthew Perry gave her the “Cookie Time” jar from the set at the Friends wrap party.

-I love how much TV Cate Blanchett is doing. She’s currently in Mrs America (which is very good) and she’s about to be in a limited series on Netflix.

-Speaking of TV, HBO Max dropped today. In Canada, we won’t get all of the past TV and movie catalog, but we are getting most of the original series through Crave.

-My favourite thing about the Sesame Street characters doing press for Elmo’s new talk show on HBO Max is when they stay on the Zoom calls after to chat with the interviewers’ kids.

–J.K. Rowling has unveiled a new children’s tale The Ickabog as free online serial. You can read chapters 1-5 here.

-Toronto rapper Houdini has been identified as the victim in yesterday’s fatal downtown shooting.

–Scott Disick and Sofia Richie have split up after three years of me not even knowing they were together.

–Carrie Underwood and Mike Fisher are offering a glimpse into their private life in a new four-part series called Mike and Carrie: God & Country. Wait, if she’s the country part, is he supposed to be…god?

–Gemma Arterton finds her maternal side in the trailer for Summerland.

-It was a big week for Friends reunions: Courteney Cox had a lunch with Matthew Perry, while Cox, Jennifer Aniston and Lisa Kudrow hit up a red carpet. (Perry is getting flak for this pic, but he looks way better than he did in pics that surfaced last week.)

–Gwyneth Paltrow says she she’s “not sure how she feels” about Harvey Weinstein. “He was a very, very important figure in my life. He was my main boss. He gave me incredible opportunity and yet during that time we had a very, very fraught complicated relationship. Highs and lows. And the postscript to that chapter of my life is where it gets extremely complicated for me, because the information came to light about who he was and how he was behaving that I didn’t know during my already very difficult time with him.” You know what? Fair enough.

–Prince William doesn’t seem to be a fan of Olivia Colman. How is that even possible?!?

-Meanwhile, Prince Harry made polite conversation with a person who has two kids and now everyone’s convinced that means he’s gunning for a second baby.

-Fresh Off the Boat has been cancelled. Do you think Constance Wu is somewhere throwing a party right now?

–Kanye West claims he’s considering changing his name to Christian Genius Billionaire Kanye West. I hope he’s joking, but who can even tell at this point.

-Aw poop. The Beverly Hills reboot will not return for a second season on Fox. It was way more meta and clever than it had to be.

-If you’re in Toronto, you can buy a whole bunch of furniture and wardrobe from the Suits set. (Nothing Meghan Markle wore, though.)

-I’m going to see Last Christmas this weekend. Is it going to be terrible? Probably. Is Henry Golding going to end up being an angel? Almost certainly. Am I going to love it? Vulture calls it a “loveable mess” so 100% yes.

-This is a really clever cross-promotion in advance of Charlie’s Angels: in a new short film, Kristen Stewart and the rest of the cast fight evil with RuPaul‘s Drag Race queens. 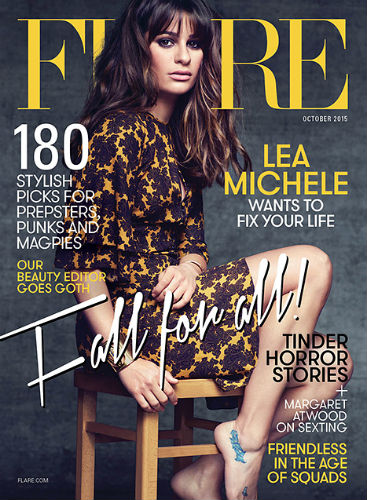