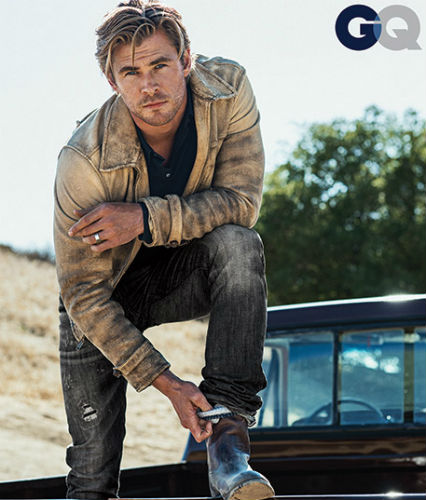 -The woman who was in that scandalous Robin Thicke photo has come forward to confirm that his hand is exactly where you think it is. Will the repercussions from TwerkMania 2013 never end?!

-Meanwhile, Miley Cyrus continues to keep it so, so classy.

-You gotta love that Kate Middleton showed up at her first official post-baby engagement today wearing the same Zara top she wore 5 months ago.

-The trailer for Palo Alto has landed. It lost me at “based on a short story collection from James Franco.”

–Lamar Odom’s bad week continues. Following reports that his marriage to Khloe Kardashian is crumbling due to his alleged addictions, he was arrested for DUI early this morning. His license has since been suspended for a year.

–Amanda Bynes is reportedly trying to negotiate a record deal from her hospital room, which sounds like a swell idea.

–Blake Lively staged a lovely little photo opp (unless you think the paparazzi just happen to be hanging around the sleepy town of Bedford, NY).

-Speaking of Blake, both she and Jennifer Lopez turned down the lead in Gravity, which Sandra Bullock is now getting serious Oscar buzz for. Whoopsie!

-As a kid, Lena Dunham used to look in the mirror and say ‘I’m just so beautiful’, and “everybody is so lucky they get to look at me” — which is kind of boss.

-If the internet hated the Ben Affleck as Batman casting news, just wait until everyone hears that Justin Timberlake wants to play Riddler.

-And now it’s time for your end-of-the-week cry: Jennifer Lopez is reportedly getting $17.5 million to return to Idol.

-Last night was a big night for storming offstage. Both Dave Chappelle and Fiona Apple did it.

-Faith Hill and Tim McGraw‘s reps are denying rumours that the pair are splitting because of some Taylor Swift involvement. Um, what???

-Someone at Us Weekly needs to get fired for this.

–Kristen Stewart is topless and flowered powered in her new Balenciaga ad.

-I’m not usually a fan of high-waisted pants but Sandra Bullock is killing it in these.

–Will and Jada Smith are reportedly selling their ridiculously huge estate.

–Baby No. 3 is on the way for James Van Der Beek and his wife. Would it kill him to call this one Pacey?

–A scene from one of the two films debuting at TIFF starring Cory Monteith has been released.

-The new Vampire Diaries promo made me laugh — intentionally! — so that’s a good sign.