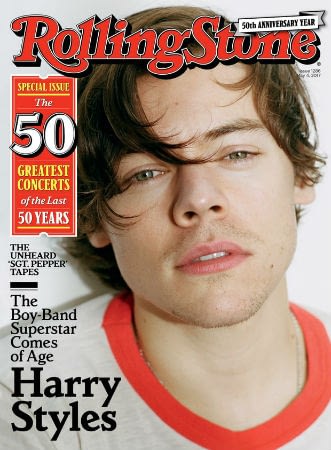 -One Direction’s Harry Styles was interviewed by Cameron Crowe for Rolling Stone’s new cover story and it’s surprisingly great considering how he usually seems to mess with his fandom. He praises teen girls’ pure unironic enjoyment of things (“Who’s to say that young girls who like pop music – short for popular, right? – have worse musical taste than a 30-year-old hipster guy?…If they like you, they’re there. They don’t act ‘too cool.'”) and ridicules the tortured artist stereotype (“There’s nothing worse than an inauthentic tortured person. ‘They took my allowance away, so I did heroin.’ It’s like – that’s not how it works.”)

-Alright, Blake Lively gets a pass for being on the Variety cover because she’s promoting her work with the Child Rescue Coalition (which is promoting technology that flags the IP addresses of people who share and download sexually explicit images of minors).

–Blake also revealed that she loves to do the dance from The OA.

-Speaking of the Variety covers, Jessica Chastain talks about how she’s fighting for Planned Parenthood.

–Meghan Markle will make another step towards being a bona fide royal by attending Pippa Middleton’s wedding with Prince Harry.

-Speaking of the royal fam, Lady Gaga and Prince William teamed up on Facetime to discuss mental health.

-The woman who burglarized Drake’s home was very thirsty. Like, in the literal sense.

-A select few critics got to see Guardians of the Galaxy 2 at yesterday’s Marvel Open House meet and greet with execs and initial reactions are gushing, calling it “MCU at its very best” and “funny, action packed, emotional, and tons of surprises.”

-This was my favourite part of the Pretty Little Liars oral history: “I created a little box that hung on the wall. If you asked a logic question [about the show’s plot], you had to put a dollar in it.” Well, at least they’re honest about it.

–Tracy Morgan still calls his 30 Rock costar Jack McBrayer by his character’s name, Kenneth, which might be the most Tracy Morgan-ist thing I’ve ever heard.

-This is an interesting take on how celebs like Justin Bieber, Father John Misty, and Zayn gain control from trolling their fans.

–Don Cheadle rapping Kendrick Lamar in the “DNA” video is even better than it sounds.

-According to Netflix, its users have watched over 500 million hours of Adam Sandler movies. Humanity is doomed.

–Aubrey Plaza, Alison Brie, and Kate Micucci are nuns behaving badly in the red-band trailer for The Little Hours.

"Dedicating our lives to get money just to give it right back for someone's brand on our bodies" – @iJesseWilliams https://t.co/EkN7S19Pkv

-I was switching between the BET Awards and the Game of Thrones finale last night, but luckily I happened to catch the two moments from the ceremony that everyone is talking about: Beyonce’s insane opening number with Kendrick Lamar (which was not announced in advance — probably because BET was burned the last time they hyped her appearance and she ended up only showing up via Skype), and Jesse Williams’ amazing speech. (The fact that one of the first thing he acknowledges is the contributions of black women — when has that ever happened before?!) His Tumblr is also great, as is this Twitter story of him previously stepping up without wanting any acknowledgement or publicity.

-Meanwhile, Justin Timberlake hit up Twitter after Jesse‘s speech with some weird tweets that veered dangerously close to #AllLivesMatter territory, so Twitter hits back.

-In Game of Thrones news, here are all the times before last night’s finale when the show tried to tell us who Jon Snow’s parents are.

–Taylor Swift and Tom Hiddleston are working overtime to show off their love. They were photographed getting cozy at dinner, and then hanging out with his mom — twice!

-So Kanye West dropped an new video on Friday that features a bunch of “naked” celebrities — including Rihanna, Taylor Swift, Bill Cosby, Amber Rose, and Chris Brown. Legally, how is this a thing he can do?!

-Meanwhile, Blake says “there’s a strong chance” there will be a third Sisterhood of the Travelling Pants movie. Huh.

–Diane Kruger gushes about Joshua Jackson in a new interview and now I’m even more confused about the status of their relationship!

–Mindy Kaling has a list of very reasonable requirements for her spin instructors.

–Matthew McConaughey says he had “a big crush” on Sarah Jessica Parker when he was younger. Sure, but do y’all remember when he called her “peculiar” on Oprah? #NeverForget

–Jenny Slate and Chris Evans attended the The Secret Life Of Pets premiere in NYC together and they look adorable! I mean, I wish he’d dressed up a little but the adorableness is still overshadowing it.

-Last night, John Oliver warned that Brexit vote is a warning call to US voters that “there are no f*cking do-overs” before tackling Olympic doping scandals.

-Last week’s two new episodes of Comedy Bang Bang were filled with awesome guest stars, from Tegan and Sara doing a Hitchcock homage to Emily Bett Rickards starring in a She’s All That spoof.

–Winona Ryder talked  about her relationship with Johnny Depp, saying he was “never abusive at all towards me” when they dated — 23 years ago.

-Meanwhile, Johnny continues to live life to the fullest ’cause why not.

–Rami Malek feels a little weird about being your internet boyfriend — but he’s cool with it.

-Mad Men’s Matthew Weiner talks about directing the final episode of Orange Is the New Black’s latest season (don’t read if you’re not caught up!).

-Keanu director Peter Atencio was really unhappy how the film was marketed to kitten lovers. (But the kitten was seriously the best part!)

-Speaking of movies, Independence Day Resurgence is so bad that I walked out of it this weekend. Like, I bolted before the midway mark.

–Kate Mara and Paul Giamatti get all Orphan Black-y in the Morgan trailer. 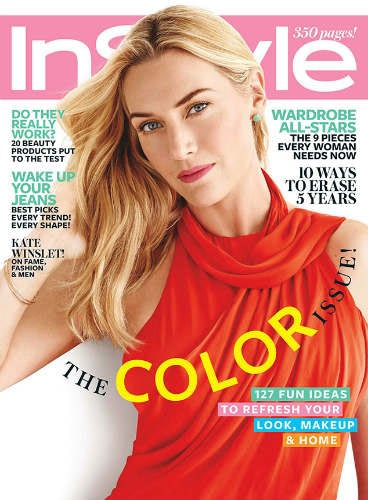 -In her InStyle cover story, Kate Winslet talks about being happy with her body post-baby: “I’ve got boobs and a bum and a man who loves me.”

–Chris Evans and Lily Collins are reportedly dating? Doesn’t she seem too young for him? Or am I just still bummed that the rumours of him dating Sandra Bullock didn’t pan out?

-Another day, another awesomely inspiring speech from Shonda Rhimes to kick you in your pants parts.

–Kanye West just shared a bunch of naked pictures of Kim Kardashian with the world, cause why not?

–Ryan Gosling still does not get where the “Hey Girl” thing came from.

–Justin Bieber was roasted this weekend. The special doesn’t air on Comedy Central until March 30, but the internets have helpfully compiled all the nastiest burns. (The Hannibal Buress ones are especially epic.) Don’t feel too bad for the Biebs, though; he asked for it.

-Meanwhile, his Men’s Health feature also backfired. Sure, he got to show off his baby abs on the cover, but the accompanying article is super scathing.

–Elton John is urging a Dolce & Gabbana boycott after the designers’ IVF comments — and he’s getting serious celeb support.

-I know it’s only March, but I’m pretty sure this is going to win headline of the year: “Why Would Anyone Want to Date Sean Penn?”

-Buffy’s Nicholas Brendon has been arrested for the third time in five months. Get it together, Zeppo.

-I haven’t caught up on The Jinx yet but judging by how my Twitter timeline exploded last night, it’s a must. It seems the HBO doc accomplished what Serial couldn’t: an arrest. (The LAPD insists the timing of the arrest, which happened the same weekend the finale aired, was merely a coincidence.) Meanwhile, The Jinx creators cancelled a bunch of scheduled interviews today and keep ducking questions about the timeline of the confession.

–Kendrick Lamar’s To Pimp A Butterfly leaked a week early, and now his label can’t decide if they should pull it.

–Ansel Elgort says he would “love to produce a record for Missy Elliott.” So, that happened.

-This weekend at a con, David Tennant adorably helped a young fan ask a girl out because he’s a perfect human being.

-It’s weird that Community starts again tomorrow and the interwebs is oddly quiet about it. Early reviews are mixed to positive.

-Uh oh. David Lynch says the third season of Twin Peaks may not happen after all due to contract “complications”.

-It’s time to rethink everything we thought we knew about Wilmer Valderrama. Demi Lovato says she “really wouldn’t be alive today without” him.

-Here’s a clip of Kristen Stewart and Juliette Binoche in Clouds of Sils Maria, a movie I saw at TIFF that I liked — ish.

-I’m glad that Amy Schumer‘s movie Trainwreck is getting such glowing reviews. Love her!

-Wait, Rita Wilson is a singer? She recruited Tom Hanks and Sara Bareilles to star in her new music video.

–Gillian Anderson is all smiles while promoting The Fall at BBC. I will never not love her.

-It looks like it’ll be another nasty divorce for Pamela Anderson. She’s taken out a restraining order against her estranged husband for alleged abuse.

-The CW released trailers for the remaining episodes of Arrow and The Flash and I want them in my eyeballs right this second.