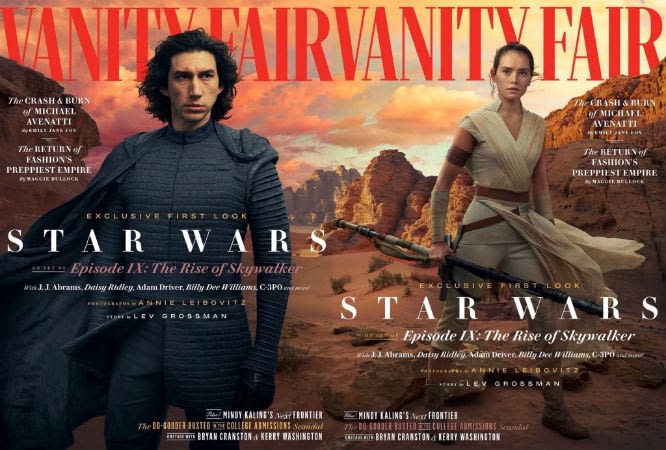 –Natalie Portman has hit back at ‘creepy’ Moby for his ‘disturbing’ account of their relationship in his memoir, telling Harper’s Bazaar UK: “I was surprised to hear that he characterized the very short time that I knew him as dating because my recollection is a much older man being creepy with me when I just had graduated high school. He said I was 20; I definitely wasn’t. I was a teenager. I had just turned 18. There was no fact-checking from him or his publisher – it almost feels deliberate.” He then countered by posting “proof” on IG: a super creepy pic of them, in which he’s shirtless and she’s grinning uncomfortably. It’s all quite gross.

-Congrats to Zoe Kravitz, who reportedly had a secret wedding to Karl Glusman.

-At the Once Upon a Time in Hollywood presser in Cannes, Quentin Tarantino snapped at a female reporter from The New York Times who asked why Margot Robbie wasn’t given more to say or do in the film. He groused “I reject your hypothesis” and didn’t expand. Bless Margot Robbie for trying her best to answer thoughtfully though, saying that it was an interesting acting experiment: “To really show those wonderful sides of [Sharon Tate] could be done without speaking…I did feel like I got a lot of time to explore the character without dialogue specifically.” (I love how Brad Pitt looks over at her supportively when she’s done, like “valiant attempt trying to polish this turd”).

–James Corden did a Reddit AMA and all the top comments are about his terrible reputation. I love that even the questions that look legit end with “also, is it true you’re an asshole?”

–George Clooney went into detail about his “bad” motorcycle crash in Italy: “I was just waiting for the switch to turn off.”

-I love that Gwendoline Christie predicted the Game of Thrones ending in an interview a few seasons ago. (I also love that Nikolaj Coster-Waldau was like “wait, that doesn’t make sense.” He is us.)

-Also, even though it looked like the finale was setting up an Arya-focused sequel — it wasn’t.

-I haven’t watched Orange Is The New Black in years, but this promo of the stars singing the theme song kinda got me.  The final season drops on Netflix July 26.

-This is a really good interview with SNL’s Heidi Gardner, who talks about being a hairstylist for nine years before transitioning into comedy.

-I also loved this profile on Timothy Olyphant, who talks about saying yes to every role after Deadwood was cancelled — because he had just bought a new house. “Those experiences were equally valuable…Find yourself bald in Bulgaria doing some pile of shit, that will get you up a little earlier in the morning and make you work a little harder.”

–Michelle Williams is getting rave reviews for her turn in Fosse/Verdon (especially this week’s episode), and what’s even more impressive is that she’s not using a vocal coach.

-I really liked this NYT feature on how “Old Town Road” became the biggest song in the world thanks to memes and controversy.

–Jesse Eisenberg grapples with masculinity in The Art Of Self Defense’s first trailer.

-This seems like the perfect way to lead us into the weekend: Mariah Carey turns a subway car into a dance party in her new video for “A No No.”

–Lupita Nyong’o says Oprah Winfrey, Alfre Woodard, Sarah Paulson, Brad Pitt, Jared Leto and other celebrities “protected” her when she was getting her start in the industry.

-Yikes. Empire actor Jussie Smollett has just been indicated by a Chicago grand jury on 16 counts of disorderly conduct.

–Julianne Moore revealed that she was originally slated to star in Can You Ever Forgive Me? before she was replaced by Melissa McCarthy. “[Director] Nicole [Holofcener] fired me. That’s the truth. I think she didn’t like what I was doing…I haven’t [seen it] yet because it’s still kind of painful. I love Melissa McCarthy. I worship her. I think she’s fantastic, so I’m sure she’s great… It’s pretty bad. The only other time I was fired was when I was working at a yogurt stand when I was 15, so, yeah, it felt bad.”

-First it was yoga, and now Gwyneth Paltrow is now taking credit for the gluten-free craze. That is not something I would ever want to be known for…

On Carpool Karaoke, the Jonas Brothers got hooked up to lie detectors and revealed which brother annoys them the most, and which one broke up the bad.

–Meghan Markle discussed feminism on her International Women’s Day panel, saying she wants her unborn child to be a feminist, whatever the sex. “I feel the embryonic kicking of feminism.”

-This IG post from the band Stars also won the day.

-I love that Mark Ruffalo is out here stumping for the movie like a goddamn champ.

-This is a good clarification about why Michael Jackson’s estate is suing HBO for airing the documentary. It has to do with whether or not the singer did what he is accused of. Instead, the lawsuit is more specifically about the violation of a single non-disparagement clause in a 27-year-old contract between Jackson and HBO.

-Meanwhile, The Simpsons has pulled their classic Michael Jackson episode from syndication.

–Whoopi Goldberg says the reason she hasn’t been on The View lately is because she almost died from pneumonia.

–Kevin Tsujihara, chairman and CEO of Warner Bros. Entertainment, said in a memo: “I deeply regret that I have made mistakes in my personal life that have caused pain and embarrassment to the people I love the most.”

-I really liked this piece on how TV is unwhitewashing history one character, period, and genre at a time.

-After Killing Eve’s first season ended I was adamant that we didn’t need another season. But damn this trailer looks good!

–Jesse Eisenberg plays a man who joins a dojo following a random street attack in the SWSW film The Art of Self Defense.

–Nicki Minaj has broken her silence on the physical altercation she and Cardi B got into on Friday night at a NYFW party. “The other night I was part of something so mortifying and so humiliating to go through in front of a bunch upper echelon… people who have their life together…I was in a Gaultier gown — off the motherf—ing runway — and I could not believe how humiliated it all felt.”

-There’s also rumours that Mary J. Blige and Faith Evans fought at Diddy‘s party in the Hamptons. What happened this weekend?!

-I don’t care if this story about Mel B and Zac Efron enjoying a “night of passion” after meeting on the dating app Raya is made up; it’s delightful! (Also, Joshua Jackson is on Raya?! Sign me up!)

-Wow, this Olivia Munn situation is a mess and she deserves a LOT of praise for sticking to her guns it while her male costars are abandoning her. She (rightly) fought to cut a scene featuring a convicted sexual offender in The Predator days before its TIFF premiere. Midway through a TIFF press day for movie yesterday, her costars Boyd Holbrook, Trevante Rhodes and Augusto Aguilera backed out of the rest of the day’s interviews with her because “the guys became uncomfortable with the way the interviews were going.” (I’m not surprised; the one video interview that Rhodes and Aguilera did with Munn is so incredibly uncomfortable to watch as the pair dance around the issue and refuse to blame director Shane Black, who cast the offender because they’re friends). And in this interview, the way Thomas Jane and Keegan Michael-Key hedge when asked about it made me cringe. Even Sterling K Brown’s response (which was to eventually very supportive of Munn but still threw in a few “should he be forgiven for his crimes?” jabs) disappointed me.

-Meanwhile, Munn is soldiering on with the promo junket (as she tweeted earlier: “I’m contractually obligated. And from what I’m experiencing, I think they’d prefer I not show up.”) But she’s not being quiet about her disappointment with her costars or director. On Sunday at a TIFF event, she told the audience “That [story] came out on Thursday and the interesting thing is not one of my cast members reached out to me to say ‘are you OK?’ or ‘thanks’ or anything. At the premiere that night I look over and the other five cast members are giving the director a standing ovation, but they didn’t even give me a call that day.” She’s since given interviews in which she says she’s feeling “isolated” and “like the bad guy” because she didn’t want to share a scene with a registered sex offender who spent time in prison for inappropriate acts with his 14-year-old niece. The way she’s handling this — and especially the way she’s using the spotlight to keep the focus the safety of film sets where children are present — is incredibly admirable and I hope this helps her career, not hurts it.

-This TIFF moment of Julia Roberts realizing a fan flew from Indonesia to see her and pulling him up on stage is quite lovely.

-I went to Jason Reitman‘s Breakfast Club live read yesterday and Jesse Eisenberg as Bender was a revelation. I can’t believe it either.

-The comments on Ariana Grande‘s Instagram account have been disabled after a storm of abuse from people blaming her for ex-boyfriend Mac Miller’s death because people are the worse. Stop making women responsible for men’s actions!

-Here’s the Daredevil season 3 trailer. I want Netflix to put out a supercut of just Karen’s scenes (and include Frank Castle, if he pops up at all this season). Is that possible?

-I really like the rating system on this rundown of the best boyfriends in teen romcoms. Woodchuck Todd in Easy A should rank higher than 6/10, but Peter Kavinsky in TATBILB is absolutely at 27/10.

-I managed to sneak in a screening of Sierra Burgess Is a Loser and as adorable as Noah Centineo and Shannon Purser were, that movie is problematic!

-On Sunday, a new Ronan Farrow-penned New Yorker exposé featured six more women who claim CBS chief Les Moonves forced them into unwanted sexual situations and allegedly retaliated when they refused. (Apparently the women came forward because they were angry with how slowly CBS was dealing with the previous allegations.) Three hours after the story ran, Moonves stepped down and he and CBS announced they’ll donate $20 million deducted from any severance benefits to organizations that support the #MeToo movement (which sounds like a lot, until you find out that CBS said it put $120 million in trust to pay severance to Moonves, depending on results of corporate investigation).

-Not surprisingly, his wife Julie Chen is taking time off from The Talk.

-Meanwhile, CBS stars are speaking out, including Crazy Ex-Girlfriend’s Rachel Bloom, who tweeted “As an employee of CBS, I would just like to say that Les Moonves should be fired without getting a fucking dollar. The actions described in this article are those of sexual assault and shame on anyone else in the corporation who knew about his crimes.”

–Sarah Jessica Parker says Sex & the City looks “tone-deaf” 20 years later. I can’t imagine what she thinks of the second movie, then.

-I’m very intrigued by all the good reviews Lifetime’s You is getting. (I adored that book, and I’m glad it sounds like they’re not toning down the creepy and uping the romance.)  This is my fave part of the NYT review: “You is never boring, which sounds like faint praise. But in an era of glassy dramas defined by sad-man montages, weary characters standing dead still in moody showers and bewildering mysteries that are often just covers for poor characterization, it’s a relief.”

–Susan Sarandon takes matters into her own hands when her war correspondent son gets taken hostage while on assignment in the Viper Club trailer.