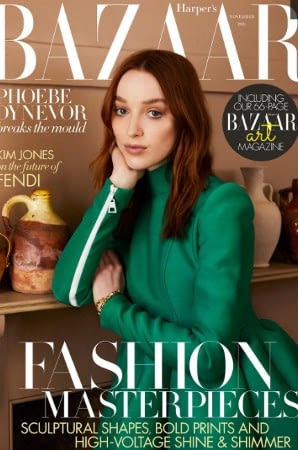 –Anya Taylor-Joy is on the October cover of Vogue Mexico.

–Hailey Bieber is shooting down rumours that Justin Bieber is mistreating her.

-Reviews of The Morning Show season 2 (which just dropped its premiere) indicate it’s bonkers, but you can’t look away.

-This video of Daniel Craig addressing the crew at the wrap of his last Bond movie is very sweet.

–Dan Levy has inked a movie and TV deal with Netflix, and one of his first projects will be to direct and star in a romcom. Love this for him!

-This interview with Selma Blair is well worth your time. “I didn’t understand people didn’t hurt every day. I’ve hurt since I can remember.”

-Actor Frank Grillo is not happy with the cut of his performance in Cop Shop.

-Here’s the You season 3 trailer. (The noise I made when Scott Speedman showed up…) Twitter buzz from TV critics suggest this is its strongest season yet.

–The Humans trailer shows Beanie Feldstein, Steven Yeun, Richard Jenkins and Amy Schumer trying to survive a family dinner in a horrible NYC apartment. This is my closing TIFF film this weekend so I’m hoping to end on a high. 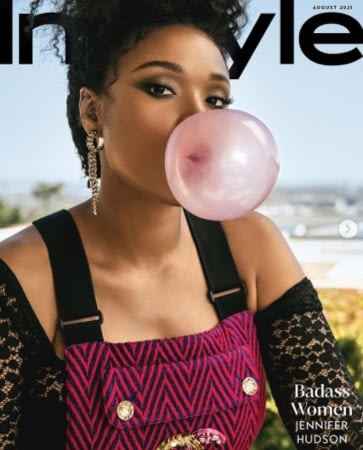 –Law Roach is on fire right now. He styled pregnant Halsey’s Allure cover, as well as InStyle’s Jennifer Hudson one. In the interview, JHud talks about stepping into Aretha Franklin’s shoes for her new biopic Respect, and how her dogs predict success. “I got the dog Oscar before I won my Oscar for Dreamgirls. And then I said, ‘Oscar needs a wife. So how about I get a dog and name it Grammy, and maybe I’ll win a Grammy.’ And then I got the dog Grammy, and I won the Grammy.”

-In his new GQ profile, Jason Sudeikis says he still doesn’t know why Olivia Wilde left him after nine years together. “I’ll have a better understanding of why in a year, and an even better one in two, and an even greater one in five, and it’ll go from being, you know, a book of my life to becoming a chapter to a paragraph to a line to a word to a doodle.” He added, “That’s an experience that you either learn from or make excuses about. You take some responsibility for it, hold yourself accountable for what you do, but then also endeavor to learn something beyond the obvious from it.” He also confirmed they split “in November 2020” (so months after their rumoured split in March 2020, but before she was spotted holding hands with Harry Styles in January 2021).

-The Crown, Mare of Easttown, The Queen’s Gambit, and the recently cancelled Lovecraft Country were some of the shows leading the Emmy nominations this morning. I’m glad that Ted Lasso scored 20 nods, including 6 for Supporting Actor/Actress (all but Phil Dunster, who plays Jamie), that The Boys snuck into Best Drama category, that Michaela Coel’s I May Destroy You got some love, and that Jean Smart was nominated for both Hacks and Mare of Easttown. But it sucks that Girls5Eva didn’t make it into the Best Comedy section.

-I agree that these five nominees are among the top to root for. Roy Kent!

-Eyewitnesses claim that video of Justin Bieber appearing to yell at wife Hailey Bieber is misleading.

–Scarlett Johansson chatted with Seth Meyers about her pandemic wedding to Colin Jost. “Obviously we wanted to take all the precautions, every precaution that we could, so we had the masks [with ‘Jost 2020’ on them] made. It definitely was a weird party favor that could only happen now, but you just gotta go with it.”

–Drake‘s girlfriend has been revealed to be 40-year-old model Johanna Leia, who he’s reportedly been dating for several months.

-Seems like Olivia Rodrigo is over that guy she wrote “Driver’s License” about; she’s dating Adam Faze.

-I always worry that Joshua Jackson is going to end up disappointing me, but not today! His Esquire interview is excellent, especially the part where he talks about having a home birth because “the American medical system has a horrendous track record with Black women.” The accompanying video is also great, including when they ask why he’s turned his Instagram into a stan account for his wife. “I think it’s important to celebrate women in media where they want to be, rather than the objects that we want them to be.” Gah! Perfection!!

-I liked this love letter to the bad girls of 90s teen dramas. Justice for Rayanne Graff, Kim Kelly and Jen Lindley!

-A video appears to show Mel Gibson saluting Donald Trump as he arrived at UFC 264 on Saturday evening. How is anyone at all surprised by this?

-Tilda Swinton and Timothée Chalamet were all kinds of cute together at Cannes.

-For the same premiere, Owen Wilson (who I’m convinced will end up being the bad guy in this week’s Loki finale, because the person behind the TVA can’t just be some random dude, right?!) also looked great.

-Meanwhile, here’s a clip from the movie (Wes Anderson‘s The French Dispatch), featuring Chalamet having a bath in front of Frances McDormand.

-Here’s the trailer for Netflix’s conversion therapy documentary Pray Away, from producers Ryan Murphy and Jason Blum, and directed by Kristine Stolakis.