After 2 weeks of multiple health screens and asking everyone to quarantine, I surprised my closest inner circle with a trip to a private island where we could pretend things were normal just for a brief moment in time. pic.twitter.com/cIFP7Nv5bV

–Kim Kardashian announced on Twitter that she celebrated her 40th birthday by bringing her friends and family to a private island, because she’s rich enough to have access to rapid testing and dumb enough to not understand how tone-deaf it is to rub everyone’s faces in it. Twitter was quick to react with lots of snarky memes.

-Speaking of covid testing, Stephen Amell announced on a podcast that he had to take three weeks off shooting his new Starz wrestling series after he recently tested positive. He talked a lot about how safe he’d been, but as someone who follows him and a bunch of his friends on social media, I wasn’t seeing that. He was having parties in the thick of it, he flew to Canada for weeks, and just yesterday he posted a pic with some new cast members that immediately made me think “there’s too many people in your house.”

–Chrissy Teigen penned a heartfelt essay to discuss the loss of her son and to thank everyone for the outpouring of support.

–Keith Raniere, the founder of a sex cult that operated under the guise of the self-help group NXIVM, has been sentenced to 120 years in prison. His cult is the subject of HBO’s docuseries The Vow.

-Orange Is the New Black’s Uzo Aduba will star in HBO’s In Treatment revival, which will begin shooting in the fall for a 2021 debut. I adored this show and I’m so glad it’s coming back.

-This is a big move for network TV and I hope it continues: CBS is cutting most of its dramas and comedies down to 16-18 episodes.

-Netflix has picked up worldwide rights to Concrete Cowboy, the Idris Elba drama that recently premiered at the Toronto Film Festival. I dug it.

-I wasn’t sure what to expect from Sarah Cooper‘s Netflix special, but the reviews are good.

-The latest trailer for the Saved By The Bell revival offers our first peek at Mark-Paul Gosselaar and Tiffani Thiessen.

–Jon Stewart is getting back into current affairs television with a new series for Apple.

-The Midnight Sky trailer shows a lonely George Clooney trying to warn astronauts away from Earth. It drops on Netflix on Dec 23.

-Does Angelina Jolie even need a publicist? Her very selective outlet choices this week suggests no — even though there is a definite shift towards family talk and kid exposure. She even cooked and ate bugs with her kids for the BBC.

-George Clooney says he and Amal will limit their travel to dangerous places now that twins are on the way. He also insists they spend more time together than we know (“People think we are never together, but we have not been separated for more than a week.”)

–George also says he’s tired of Trump and Bannon’s hypocrisy, reminding the world that they are part of the “Hollywood elite.” (“Donald Trump has 22 acting credits. He collects $120,000 a year in his Screen Actors Guild pension fund…Steve Bannon is a failed film writer.”)

–David Cross and Amber Tamblyn announced their new daughter and made fun of celebrity baby names at the same time.

-Crazy Ex-Girlfriend’s Rachel Bloom will be starring in a dark comedy with Adam Pally? Put it in my eyeballs now!

-The secret Oscar voter interviews are starting to trickle out, and they’re horrifying as usual. The first one features an actress who HATED Arrival (“It just sucked”), had a hard time voting for Best Actress (“I liked none of them”), and had strong thoughts on the foreign film category (“Germans are not funny!”). The second voter, a publicist, took a more measured approach, but still had some strong opinions (“Let me tell you, I did not understand The Lobster — it made me nuts”). Do Academy members even like movies?!

-The Honest Trailers crew took on this year’s Oscar nominations. I love the Fences bit.

-So what are the chances Matt Damon is going to “crash” Jimmy Kimmel‘s opening monologue at the Oscars? 97%?

-A huge Hollywood initiative has launched to battle gender inequality. There are big names connected to this.

-This Iron Fist featurette explains a lot more about the show than the trailers did.

–Charlie Hunnam pulls the sword from the stone (which sounds dirty but sadly isn’t) in the new King Arthur trailer.

-Here’s the trailer for First They Killed My Father, a Netflix film directed by Angelina Jolie. Her 15-year-old son Maddox has an executive producer credit on this thing.

–Jason Segel and Rooney Mara investigate the afterlife in The Discovery trailer. Seriously Hollywood, does she have to be cast in EVERY movie?? 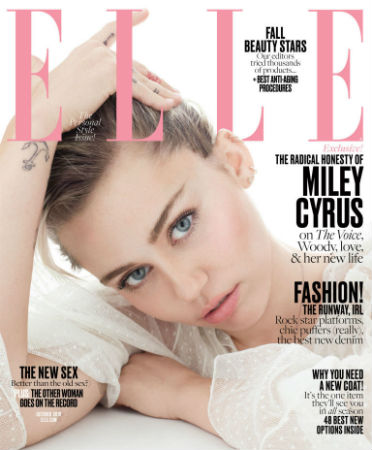