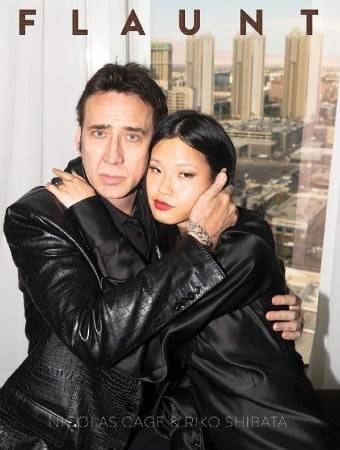 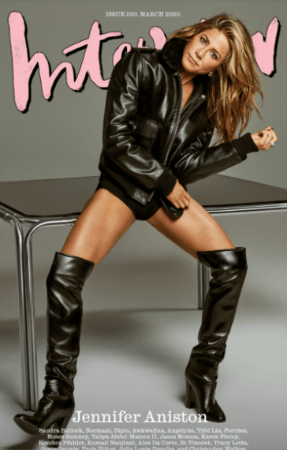 –Jennifer Aniston was interviewed by Sandra Bullock, and they dug into the Friends star’s uneasy childhood (“Growing up in a household that was destabilized and felt unsafe, watching adults being unkind to each other, and witnessing certain things about human behavior made me think: ‘I don’t want to do that. I don’t want to be that. I don’t want to experience this feeling I’m having in my body right now. I don’t want anyone else that I ever come in contact with ever to feel that'” ), and their shared exes (“We both partook of Tate [Donovan]”). The best part of it is Bullock’s jokey admonishments (“Jennifer, I’m asking you. I’m the interviewer. Don’t ask me questions. You are to respond. Let’s just stick to the protocol” and “You’re just talking too fucking much, Jennifer. Pipe down”).

-In his new cover story for Harper’s Bazaar, Noah Centineo talks about getting sober (“I smoked a lot of things. I was really upset, man. It was a really dark time in my life”) gushes about girlfriend Alexis Ren (“It’s the longest relationship I’ve ever been in. She’s very good at monogamy. Actually, I love monogamy too”), and says he’s not into one-night stands (“Dude, you ever actually have one? Ninety percent of the time, they’re not good”).

-I’ve never related to Greta Gerwig more than in this video of her losing her shit over meeting Jerry from Cheer. Here’s the full clip — Laura Dern, Billie Eilish, Lin-Manuel Miranda, Kathy Bates, Indina Menzel and Robin Roberts also fangirled over him.

-ABC is responding to reports that The Bacholor’s Peter Weber ends up with a producer and not one of the remaining contestants. It’s the plot of Unreal!

–Prince Harry and Meghan Markle had dinner with Jennifer Lopez and Alex Rodriguez when they were in Miami last week.

-Meanwhile, the Queen has summoned them back to the UK for royal duties.

–Taika Waititi has recruited Jennifer Kaytin Robinson to help write the next Thor movie. She’s the creator of MTV’s Sweet/Vicious, a spiky show that I adored.

–Sandra Oh and Dan Levy met Joni Mitchell at an Oscars party and then “walked away and held each other tightly for an hour.”

-Birds of Prey is being renamed to Harley Quinn: Birds of Prey. I can’t remember a time when a film has been renamed mid-release. (Also, it only cost $84M to make so it will likely make back its budget.

-Empire alum Jussie Smollett is reportedly facing new charges over his 2019 claims that he was attacked by two men.

–The Hunt now has a release date after Trump tried to get it blocked.

Bags’ing my seat for the Oscars x can’t wait for Sunday x pic.twitter.com/A2hr57jopQ

–Rebel Wilson‘s post seems to indicate that Brad and Leo will be front row at the Oscars — and on an aisle. I know there’s no host this year, but if one of the presenters does in-crowd schtick, they’ll be prime targets.

-One of the most predictable categories at Sunday night’s Oscars is Best Supporting Actor, with everyone pretty certain that Brad Pitt has it in the bag. This is a good look on how he ran the perfect campaign.

-Meanwhile, most of the stars at Sundance believe Pitt‘s character killed his wife in the movie.

-Another day, another “honest” Oscar ballot, this one from a producer. His take on Hustlers is disgusting, he felt he needed “a scorecard to keep track of [Little Women’s] timeline” and his favourite movie of last year was Yesterday. It’s so sexiest and dumb, I can’t even imagine what it was like before the Hollywood Reporter toned it down.

-I’m am really loving all the in-depth cinematography interviews this week. Here’s one with Uncut Gems’ cinematographer on a camera tool for focus-pulling that kept the film’s haywire movements in focus even though the actors didn’t use marks.

–Greta Gerwig did Vogue’s 73 Questions on the Sony lot.

-Whoa. The six stars of Friends are reportedly set to get paid $3-4 million each to reunite for what basically sounds like an hourlong interview.

–Gillian Anderson did an ASMR video to promote the new season of Sex Education and she’s really, really good at it.

–John Mulaney had to cancel a show in Toronto because he’ll be hosting SNL that weekend — and he got Lorne Michaels to write him a note excusing his absence.

-Also, when did John Mulaney go from looking “unconventionally attractive” to “we all want to climb him like a tree“?

-This is disappointing. Despite great reviews (it’s currently at 83% fresh) Birds of Prey is currently tracking for a $33.5M opening weekend, below its $50M-$55M projections.

–This tweet about a terrible, terrible profile Vanity Fair once did on Jessica Simpson, plus Ronan Farrow’s story about the first time he met her has everyone realizing that we all probably owe her an apology.

-I do not know what Harvey Weinstein‘s defense attorney, Donna Rotunno, was trying to do by appearing on The Daily podcast today, but whatever positioning or sympathy she was hoping for totally backfired. Near the end of the interview, the NYT reporter asked a final, seemingly last-minute question: had she ever been sexually assaulted? “I have not,” Rotunno answered, and that seemed like it would be the end. But after a pause she added “Because I would never put myself in that position.” I was listening to it on the subway and I GASPED.

-Well, this sucks: a judge sided with Dr. Luke and Kesha was found guilty of defamation for telling Lady Gaga that Dr. Luke raped Katy Perry. She must now pay him $370,000.

-This story about inadvertently being a jerk to Colin Firth is hilarious. “Firth had finally buried his heartthrob past, won an Oscar for a serious movie, and as if in a horror movie, I reached out from the grave and grabbed his well-formed ankle.”

-A new sitcom called Mythic Quest is out today on Apple+ and critics are loving it.

-This has been talked about a lot on Twitter so I’m glad The Hollywood Reporter is putting a spotlight on how productions don’t provide makeup artists and hair stylists who are familiar with natural textures and dark skin tones.

–Jesse Eisenberg, Clémence Poésy and Ed Helms star in the trailer for the WWII drama Resistance.