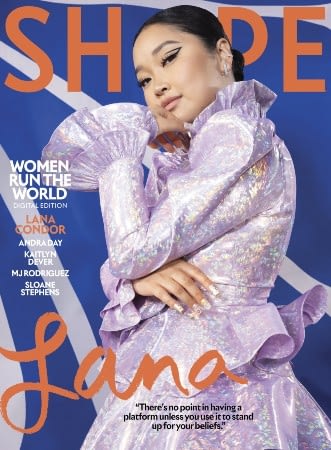 –Lana Condor covers the new issue of Shape and talks about standing up to Asian hate (“Speaking up is important. It’s easy to be a bystander, but you could save a life if you stand up for someone”) and how she chooses projects (“I’m very calculated about the projects I take on now. I want to continue to show people who look like me that they can do whatever they want to, regardless of what someone might have told them”).

-Mad Men alum (and Alexis Bledel‘s husband) Vincent Kartheiser is in the new season of Titans but is not in the poster or the press tour because his stint on the show triggered at least two complaints and two internal investigations, reports Deadline. He was accused of disruptive, juvenile behavior and outbursts, and inappropriate comments on the Toronto set. (His rep denies the claims.)

-The viral exchange between Don Cheadle and Kevin Hart encapsulates the Gen X mood. My favourite part is Hart’s IMMEDIATE and quiet “I’m sorry.” With one look from Cheadle, the man knew he had messed up. (They’re friends so I’m sure it’s a bit, but this is still hilariously awkward.)

–Maggie Q says “I never really dated. I’m so bad at [that]. I’m really shy when it comes to that kind of stuff. I never really get asked out on dates and go on a date. I just don’t do it.” She was previously engaged to Dylan McDermott, and I saw her a few times with a guy when she was shooting Nikita here, but I guess everyone’s definition of “dating” is different.

–Lizzo and Cardi B are giving us something to talk about. The Hustlers costars collab on Lizzo’s new song “Rumours” (her first in two years!), and dropped a video for it today.

-Meanwhile, Lizzo and Chris Evans might finally meet IRL. She said, “He did say he will come to a show, and I was like, okay, shots on me. And he said, ‘no shots on me.’ ”

-The Crown’s Emma Corrin is opening up about gender identity and fluidity. “I think that we’re so used to defining ourselves. And that’s the way, sadly, society works, is within these binaries, and it’s taken me a long time to realize that I exist somewhere in between. And I’m still not sure where that is yet.”

–Kevin Costner participated in the Field of Dreams baseball game. This kind of got to me in a way that I wasn’t expecting.

-In surprise move, Amazon is moving its $1B Lord of the Rings production from New Zealand to the UK for season 2. It will have to give up hundreds of millions in rebates/incentives from the NZ government.

-SNL alum  Horatio Sanz was hit with a lawsuit accusing him of grooming and groping a teen fan.

-The mid-season finale of Gossip Girl aired this week (the season’s second half will air in the fall). I gave up on this one a few episodes in because it was burning through storylines faster than I could care about them. The way critics talk, it sounds like I’m not missing much.

-FX ordered American Story spin-offs about love and sports. The first installment of “American Love Story” will tell a scripted tale about John F. Kennedy Jr. and Carolyn Bessette-Kennedy (I’m SO curious about the casting of this one), while American Sports Story will focus on former NFL player and convicted murderer Aaron Hernandez.

Elizabeth Olsen's husband (who she's married to, by the way) decorated her video chat background for her #ActorsOnActors interview with Kaley Cuoco! https://t.co/Lo40kuI09n pic.twitter.com/rOb7Uqxf68

–For Variety, Elizabeth Olsen did a video chat with Kaley Cuoco — and she called in from the bathroom, because her neighbor was doing construction and it’s the quietest room in her house. During the interview, she also let it slip that she’s married her longtime boyfriend Robbie Arnett. “I also just noticed that my husband put ‘Little Miss Magic,’ you know, the ‘Little Miss’ books? They’re these classic books, but magic because of WandaVision, because he’s such a fucking cutie.”

-Marvel confirmed that Loki is gender fluid in the MCU, bringing this version of the character closer to comic book iterations.

–Armie Hammer has reportedly checked into an in-patient program for drug, alcohol, and sex issues. I hope he gets the help he needs. I also hope the investigation into the rape allegations continues.

-HBOMax renewed Hacks for a sophomore season and this is exactly the news I needed today. Jean Smart quipped, “I am absolutely thrilled we are picked up for a second season and I told Hannah it’s ‘No more Miss Nice Guy; from now on it’s Bette and Joan! And guess who’s BETTE??!!'”

-According to People, Meghan Markle and Prince Harry introduced the Queen to their new daughter over a video call as soon as they got home from the hospital.

-ABC has bid farewell to Chris Harrison following the race-related controversy. According to Deadline, he got a “mid-range eight-figure payoff and promise to keep his mouth shut” for leaving The Bachelor franchise.

–Khloe Kardashian posted her thoughts on water bottles and sustainability, and ended up in hot water.

-Meanwhile, her sis Kourtney posted a photo of a vial of boyfriend Travis Baker’s blood. Maybe they should step away from Insta for a bit?

–Liam Payne opened up about his mental health in a podcast, saying the combination of fame, alcohol, and drugs brought him to “rock bottom” while he was in One Direction. “There is some stuff that I have definitely never, never spoken about. It was really, really, really severe. It was a problem.” He added that he still keeps in touch with Harry Syles. “I had a lovely phone call from Harry the other day. He was checking in on me. It’s almost as if some people have got a sixth sense about when you’re going through something and want to check in. He’s very much like that. He’s a lovely, lovely boy.”

-The first piece of Kanye West‘s Gap collection, a puffy blue jacket, sold out in a few hours.

–Sarah Shahi stars in the trailer for Netflix’s Sex/Life. This looks awful and I’ll probably end up watching every minute. 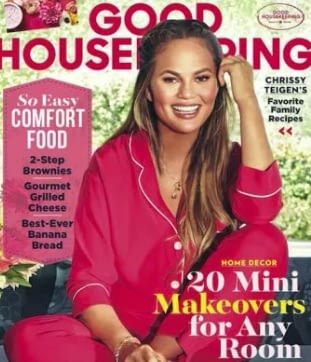 –Chrissy Teigen opened up about loving her post-baby body in her Good Housekeeping cover story.

–Rachel Bloom introduced her mom to Lady Gaga at the Critics’ Choice Awards and it was super sweet.

–Michael B Jordan surprised students from his hometown. Gah, I love him so much!

-On Kimmel, Anne Hathaway proved she’s perfected her Matthew McConaughey impression after costarring with him in the upcoming Serenity.

–James McAvoy revealed that one of his Glass personas was influenced by his Atonement co-star, Saoirse Ronan.

–Rihanna is reportedly suing her father Ronald Fenty for trying to make money off her name.

-Whoa, what did Don Cheadle do to Kathy Griffin?

–Tiffany Haddish and Tracy Morgan star in the teaser for season two of the TBS sitcom, The Last OG.

-I’m intrigued by the CW’s reboot of Roswell. The reviews are very mixed, with Variety liking it, and The Hollywood Reporter and the AV Club being a bit more critical.

-My newspaper did a full-page spread today on why Chris Brown is trash and it was all kinds of amazing.

-The more Kevin Hart talks about what he planned to do at the Oscars, the more I think we dodged a bullet.

-I completely forgot that Jake Gyllenhaal is going to be in the next Spider Man movie and when he shows up as Mysterio in the new trailer, I legit squealed.