–Chris Brown has been released from custody in Paris with no charges after being detained after a 24-year-old woman accused him of raping her in his hotel room last week. He denied the allegations in an Instagram post. The Paris prosecutor’s office said the investigation is ongoing.

-According to People, Brad Pitt and Charlize Theron met six months ago on a commercial shoot and haven’t seen each other since. We knew that was too good to be true.

-Ooh boy. Taraji P Henson posted an IG story that implied she’s mad there are hashtags about muting R Kelly but none about muting Harvey Weinstein. But the “mute” thing trended because Kelly’s a musician. And Weinstein’s already being “muted” cause he is on trial, no?

-In terms of Oscar noms, it was a great morning for Black Panther, Roma and The Favourite, but not so great for Crazy Rich Asians and If Beale Street Could Talk. Bradley Cooper should be happy for his acting nod, but you just know that he’s burning about being snubbed in the Best Director category. Check out more Oscar snubs and surprises.

-I’m surprised it took so long for these questions to start coming, but Rami Malek was asked whether he has any “regrets” about working with Bryan Singer on Bohemian Rhapsody. “I think that the allegations and things were, believe it or not, honestly something I was not aware of, and that is what it is.” Hmmmmm….

-Also, did Esquire’s big exposé on Singer get squashed? Now the Bohemian Rhapsody is up for Best Picture, this would be the time to print it. If it doesn’t get publishing in the next couple of weeks, I’m guessing it was blocked.

–Anna Wintour shared her thoughts on Meghan Markle’s Givenchy wedding gown , saying it was “sophisticated, it was chic, it was grown up. It was an English designer, albeit one that was working for a French house, which in a way was a message to the world: ‘Yes, I’m from somewhere else, but I belong.'”

–Azealia Banks called Grimes a ‘brittleboned methhead’ who smells ‘like a roll of nickels’. But how do you *really* feel?

-In an appearance on Ellen, the Anne Hathaway said that she made the decision to stop drinking for the next 18 years because she doesn’t want to be hungover around her kid. “I’m going to stop drinking while my son is in the house just because I don’t totally don’t love the way I do it and he’s getting to an age where he really does need me all the time in the morning.” Also, her and Fred Savage were really good at the Head’s Up game.

-Russian Doll is the next Netflix show that every critic I follow is loving. It stars Natasha Lyonne as a woman stuck in a Groundhog Day/Happy Death Day loop, and it premieres next Friday.

–Sarah Jesscia Parker recreated the Sex and the City opener for a charity campaign.

-It’s here! The Ocean’s 8 trailer starring Sandra Bullock, Cate Blanchett, Anne Hathaway, Mindy Kaling, Helena Bonham Carter and Rihanna.  God, I love so much about this! Richard Armitage is clearly some sort of love interest but doesn’t even get a line in the trailer. It’s the perfect use of Hathaway. The heist they’re planning is at the freakin’ MET Ball!

-Yikes. Selena Gomez‘s mother was hospitalized after reportedly having a “heated conversation” with her daughter about Justin Bieber. That’s going to make for an awkward holiday season..

–Issa Rae is working on not one, but two shows and they both sound amazing.

-Silicon Valley actor T.J. Miller has been accused of brutal sexual assault. The accuser, speaking publicly for the first time, says it happened in college. The accusations were addressed by a student court at George Washington University at the time and Miller has told friends over the years that he was wrongfully accused. In the Daily Beast’s deeply researched report, five GW students at the time corroborated details of her story.

–Miller has denied the allegations, saying “Sadly she is now using the current climate to bandwagon and launch these false accusations again.”

-Not surprisingly, everyone today is remembering that time Miller hosted the Crunchies and repeatedly called Gabi Holzwarth a bitch. And more stories about him being a not-great guy are coming forward.  He was already cancelled by many people because of a series of unfortunate interviews earlier this summer.

-I love that #damonsplaining is becoming a thing. Can we make it trend??

-I’m also enormously satisfied that Damon is getting called out as being “completely forgettable” in the reviews for his new movie.

-How in the world is Chris Brown still landing leading movie roles in 2017? Followup question: how did his duet with R Kelly top the charts in 2017?

-Wait, Terry Crews illustrated the cover of Ad Age’s Creativity 50 issue? Is there anything this man can’t do?!? (Besides getting white Hollywood to support him?)

-The Pitch Perfect reviews are in and they…aren’t good. THR calls it “soulless.”  At least EW thinks it’s charming, so there’s that!

–Armie Hammer on quitting Twitter. “It’s a toxic environment. No one goes on the internet to say anything nice.” Ok. 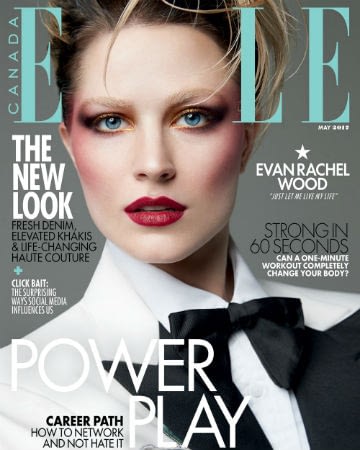