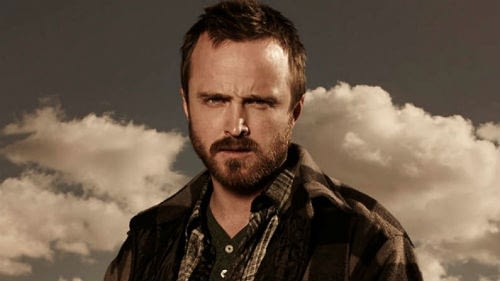 -A Breaking Bad movie starring Aaron Paul is officially coming to Netflix, then AMC. It’ll be a sequel about where Jesse ended up which — I’m not sure I need? In my head he drove off into a happy, healthy future and I don’t think the movie will go there.

–Miranda Lambert reportedly dumped a salad on a woman during an argument in restaurant and honestly, this is the only thing salad has ever been good for.

–Prince Harry and Meghan Markle attended a production of Wider Earth last night and wow, she looks so much further along than she did last week.

–Jussie Smollett said he’s “pissed off” in his first interview since his attack.

–Chris Evans was not amused by the photo ET Canada tweeted of him, but Netflix Canada swooped in to save the day.

-I don’t watch Grey’s Anatomy anymore but I totally want Amy Acker to get that sweet, sweet ABC money.

–Rachel Weisz talked about running for Supporting Actress despite Oliva Colman‘s insistence that they are all the film’s leading ladies.

–Priyanka Chopra and Rebel Wilson tried not to flinch while James Corden tested their nerves.

-Netflix tracked and saved every decision viewers made while watching Black Mirror’s choose-your-own adventure, which feels like the premise of a Black Mirror episode.

-The cast of The Big Bang Theory treated their studio audience to one final flash mob.

-This is an interesting look at why the review embargo on Robert Rodriguez‘s Alita: Battle Angel may have been so early. 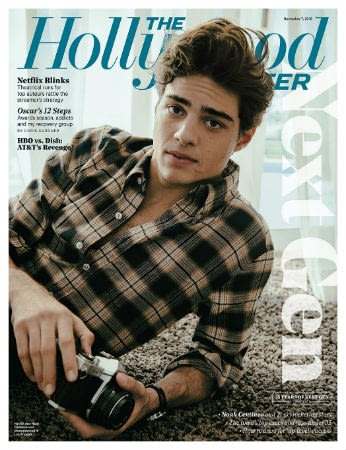 -Is Noah Centineo still the internet’s boyfriend? I had to stop following him on Instagram because his stories were ruining my crush, but I was back to being charmed by him by the photos in this Hollywood Reporter profile.

-Speaking of yummy profiles, this one on Taylor Kitsch is a good read.

-Breaking Bad is coming back! Vince Gilligan is working on a two-hour movie and it’s rumoured to be about Jesse, which makes me both extremely excited and extremely nervous.

–Louis CK is reportedly dating French comedian Blanche Gardin so add her to your prayer list.

-“thank u, next” is a great song from Ariana Grande. But a performance inspired by First Wives Club makes it even better.

–Owen Wilson reportedly has no interest in meeting his newborn daughter.

–Kenan Thompson said SNL was “figuring out a way to right” Pete Davidson’s controversial joke. I mean, it wasn’t *that* bad. Dan Crenshaw even worked it into his victory speech last night.

–Octavia Spencer wants Ellen to set her up with Brad Pitt. She should aim higher — doesn’t she know Channing Tatum is single now?

–Emma Thompson is now Dame Emma Thompson! She wore sneakers and an equal pay pin to the ceremony and tried to kiss Prince William, because she is the best person alive.

–LeAnn Rimes says she first met husband Eddie Cibrian when she was only 14 and he was 23.  That’s not creepy at all.

-I get why Lindsay Lohan wants to be on Busy Phillip‘s show, but aren’t there people who can do this for her via official channels? ‘Cause this is not a good look.

-On Busy’s show, Olivia Munn revealed that she once got some solid dating advice from Jamie Foxx, and now I just want him to leave me pep talks on my voicemail.

-It’s that time of year again! Oprah has unveiled her favourite things, in case you’re in the market for a $42 candle. (I actually found most of the gifts super affordable. I don’t know if she’s come down to Earth or if GOOP has warped my expectations.)

–Nick Jonas and Priyanka Chopra are reportedly planning to get married next month after just seven months of dating, which seems smart.

-Are you watching Bodyguard on Netflix? Richard Madden never really did it for me on Game of Thrones but on this show? Whoa nelly! Buzzfeed got him to read thirst tweets about himself and it was hilarious.

-Just when you thought The Good Fight couldn’t get any better, Michael Sheen just joined the cast.

–Halsey and John Mayer are exchanging flirty social media messages and now everyone is speculating that they’re dating. Ok.

-The case of Hedley frontman Jacob Hoggard, who faces three sex-related charges, has been put over for three weeks.

–J.K. Rowling‘s assistant reportedly spent her money like she was Voldemort.

-Here’s the trailer for film festival darling Capernaum, in which a boy sues his parents for bringing him into a world of pain and suffering.

-The stars of Breaking Bad reunited for a special 10th anniversary cover for EW, and got adorably emotional talking about how lucky they were to land those roles. (Poor Dean Norris’ Hank didn’t make the cover photo cut, but he’s part of the video roundtable.)

-Speaking of great covers, Kendrick Lamar made the cover of the new issue of Vanity Fair, in which he discusses everything from Kanye West to winning a Pulitzer Prize.

–Scarlett Johansson denied a “demeaning” the infamous claim she once auditioned to date Tom Cruise. That rumour has been floating around for years; I wonder why she chose to speak up this time.

–Angelina Jolie  dressed up all fancy for the Queen and I can’t believe I’m saying this, but I don’t think she pulled it off.

-Undercover lovers Katie Holmes and Jamie Foxx are surrounded by rumours of a split, but her rep just said that it’s “100% untrue.” Wait, is this the first time that her rep is actually acknowledging the relationship? Momentous!

–Portia de Rossi laughed off rumors that she and Ellen DeGeneres are headed for a divorce.

–Drake‘s new album drops this long weekend. Here’s everything we know about it so far.

–Ty Dolla $ign tried to get a blind woman moved out of her seat on an Air Canada flight from Montreal to Ottawa because he said he was allergic to her seeing-eye dog. Good lord, that flight is under an hour!

-MSNBC’s Joy Reid had a strong story about sexual assault claims against Russell Simmons and an Extra host. Then it got canned. This THR report dives deep into #MeToo, media, race and power.

-Tool frontman James Keenan has responded to those rape allegations, calling it a “despicable false claim.”

-I gave up on Netflix’s GLOW in the middle of season one not because I didn’t like it but because I got side-tracked, but the reviews of the new season are glowing.

-Too good at goodbyes? Sam Smith and Brandon Flynn have reportedly called it quits after nine months of dating.

-Have you guys watched the Nanette comedy special on Netflix? It’s what everyone on my Twitter TL has been raving about this week.

-Unsurprisingly, that tabloid story about Ryan Gosling and Eva Mendes expecting twins has been debunked.

–Fox just ghosted on Adam Scott‘s sitcom Ghosted. It was the last non-animated comedy on its current schedule.

–Azealia Banks has launched a GoFundMe to fund a lawsuit against Russell Crowe. “Crowe called me a n*****, choked me, and spat on me,” she writes on the page.

-Whatever (or wherever) Apple’s TV is going to be, their lineup is pretty damn solid.

–Cate Blanchett and Jack Black star in the new trailer for kids’ flick The House with a Clock in its Walls.