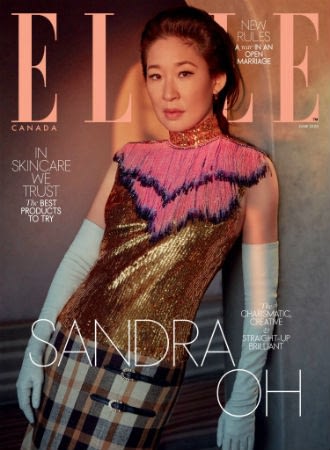 -I have fallen behind on Killing Eve because I just can’t seem to bring myself to watch much drama these days, but I’m going to revisit it eventually because Sandra Oh is perfection — even in KE seasons that aren’t. She looks stunning in her Elle Canada spread (though I wish they’d used one of the inner photos for the cover instead of the one they picked, mostly because Gugu Mbatha-Raw just wore the same top on the cover of Harper’s Bazaar.)

–Mary-Kate Olsen and Olivier Sarkozy (the pair responsible for one of the most iconic photos on the internet) have split after 5 years of marriage — and the pandemic is make it extra messy. Olsen filed an emergency order, claiming in court documents she attempted to file for divorce on April 17, but was unable to do so because of the ongoing pandemic. She alleges he terminated the lease on their NYC apartment without her knowledge and the only way to prevent him from getting rid of her belongings is to file for divorce.

–Jennifer Lopez‘s 12-year-old daughter is about to have her first book published. Just in case you already weren’t feeling like an unproductive blob during quarantine.

-This is wild: Tyler Perry is prepping to be the first person to resume TV production amid covid — and he’s doing it because he has his own giant studio which has housing for the cast and crew. He plans to shoot a full, 22-episode season in under 3 weeks. And then do it again.

–Demi Moore invited ex Bruce Willis and wife Emma Heming Willis and their two daughters to join her new family portrait session. I wonder if this was to squash the talk that surfaced after Willis recently self-isolated with her instead of his wife and young kids?

–Judi Dench is back to being hilarious on her grandson’s TikTok.

–Reese Witherspoon just signed on to star in not one, but two Netflix romcoms and I’m here for it.

-Has Ashley Benson moved on from Cara Delevingne … to G-Easy?

–Gillian Jacobs is teasing a possible Community movie: ‘We’re all down’.

–Naomi Watts and Liev Schreiber‘s kids convinced them to do a TikTok dance to Doja Cat’s “Say So.”

-Meanwhile, Dr. Luke is back on the charts with “Say So” — but it turns out he never really left. After Kesha sued him for alleged sexual assault and emotional abuse, he’s been using pseudonyms to keep producing hits.

-Love this piece on why this is a great time to rewatch Angel.

-Netflix debuted the trailer for its four-part Jeffrey Epstein docuseries. 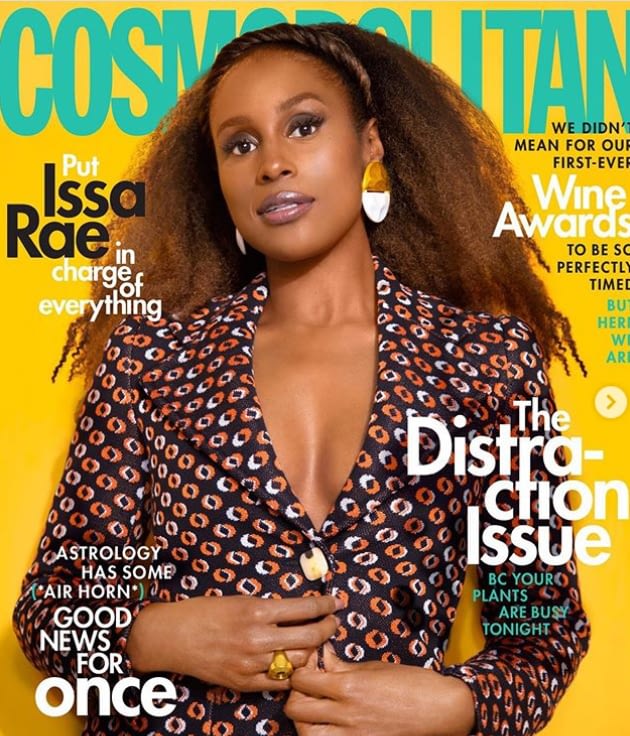 –Ira wrote the cover story on Issa Rae for Cosmo. Love them both!

–Kate Beckinsale is on the cover of Women’s Health, in which she talks about people’s perception of her. “It can feel like a little bit of a political act to be a woman over 32 who’s having any fun at all. And by that, I don’t mean doing drugs and drinking and partying, because I never am, but being goofy, and going out, and not going, ‘Oh my god, I’m going to sit home and anticipate menopause while crocheting.’ ”

-The more people talk about Brad Pitt and Alia Shawkat‘s “incredibly tight bond,” the more it bugs me that there’s no dating rumours about them. I have no idea what’s going on with them, but if any other actress was repeatedly spotted spending time with him during social distancing, the tabloids would have them engaged by now. But because she doesn’t look like what we expect his girlfriend to look like, every article emphasizes how they’re “just friends.”

-Before social distancing started, Ben Stiller, Jack Black, Adam Scott, Courteney Cox and Lisa Kudrow filmed a Red Nose Day segment in which they attempt to get out of Jack Black’s Escape Room.

-Is Dolly Parton going to save the world? The signer is funding some of the most important, most promising COVID-19 treatment research.

-Any Taffy Brodesser-Akner profile goes to the top of my TBR list, but this one on Val Kilmer is especially outstanding. He now tours a show where he dresses up like Mark Twain and does Christian Science-themed standup comedy.

-HBO Max has given a 10-episode series order to a single-camera comedy starring Jean Smart, from three Broad City producers. It’ll be executive produced by The Good Place creator Mike Schur. I like all of those people!

Sources say Trolls 2’s top voice stars, including Justin Timberlake and Anna Kendrick were not informed ahead of the announcement that the film would be arriving on-demand early. Now their reps are asking for pay.

-The creator of Black Mirror says the world is too bleak for a new season right now. Seeing as we’re all living in a episode of that show right now…yeah.

-If any actor was going to be the first to shoot a movie in space, Tom Cruise makes the most sense.

-I share a birthday with Baby Archie, which I’m not mad about. Everyone was wondering how Meghan Markle and Prince Harry would commemorate it on social media, and they did even better than I expected (considering all their recent PR flubs) by posting a cute reading video for charity.

-Novelist Emily Giffin hates Meghan Markle so much. Girl, I read Something Borrowed. Sit down.

-Vulture’s costar reunions continue with Happy Endings’ Eliza Coupe and Elisha Cuthbert. I love that Cuthbert is wearing an East Coast Lifestyle had like a good Canadian.

-I’m not sure how I feel about Adele’s drastic transformation. I hope she’s healthy and happy, but she looks like everyone else in Hollywood now. (Specifically, Sarah Paulson.)

-Also, with Adele trending it surfaced this amazing video of her meeting some of her impersonators.