According to multiple accounts, Matt Lauer would invite women employed by NBC late at night to his hotel room while covering the Olympics in various cities over the years https://t.co/O109CDucrJ pic.twitter.com/EsV7OJDyzt

-Just days after receiving a complaint on Monday, NBC fired the Today Show’s Matt Lauer early this morning. A source revealed to Page Six that Lauer allegedly “sexually assaulted” a female staffer during the Olympics this past summer in Rio. Multiple journalists had been digging into his behavior for months, and Variety dropped their big story about it this afternoon. It’s full of disgusting tidbits, including reports he once gave a colleague a sex toy as a present with a note about how he wanted to use it on her, summoned another female to his office and dropped his pants, and had a button under his desk that allowed him to lock his door from the inside without getting up.

-Everyone is wondering what Ann Curry is thinking today. (I’ll never forget a quote she had around the time she left the Today Show because of their “lack of chemistry”: “Chemistry, in television history, generally means the man does not want to work with the woman. It’s an excuse generally used by men in positions of power to say, ‘The woman doesn’t work.'”)

-It took 19 long days since the initial Variety report broke, but Andrew Kreisberg has  finally been fired from Supergirl, The Flash, Legends of Tomorrow, Arrow, CW Seed’s Vixen and lost his overall deal with the studio. If they waited until the crossover ended last night before announcing it though, that’s gross.

-And now Geoffrey Rush is being accused of inappropriate behaviour? Goddamit.

-In a new interview, Ridley Scott talks about cutting Kevin Spacey from his film a month before its release. ‘Sometimes you need to lay down the law.’

-There are some pretty great Actors on Actors clips that came out today from Variety, including Gal Gadot interviewing Kumail Nanjiani, and Jake Gyllenhaal interviewing Margot Robbie. (I weirdly love that Jake’s opening question is “do you use an electronic toothbrush?”)

-The X Files creator is responding to criticism about the last season. Well, I guess it’s probably a good that that they recognize it mostly sucked…

-As someone who’s already seen Call Me By Your Name, the fact that they had to digitally remove Armie Hammer‘s balls from various scenes doesn’t surprise me. Those shorts were SHORT.

-Speaking of Call Me By Your Name, this profile on Timothée Chalamet is delightful.  I like that he’s a self-admitted Frank Ocean superfan.

-Speaking of superfans, a starstruck Keanu Reeves met his hero Sonny Chiba on Japanese TV and they fangirled all  over each other.

–Nicki Minaj and Jesse Williams star in a new H&M mini-holiday movie and it’s better than anything I’ve watched on the Hallmark Channel all year.

–Jay-Z sat down with The New York Times for a discussion on race, rap, politics and marriage.

–Aaron Sorkin revealed that he has standing offer from NBC to reboot The West Wing, which he considers on occasion. This seemed like a really bad idea — until he mentioned that he wants Sterling K Brown to play the president. DO IT!

-Yikes. It’s probably not a good sign that Bryan Fuller is no longer going to be American Gods’ showrunner.

-The Avengers: Infinity War trailer dropped this morning. Here are all the Easter eggs. 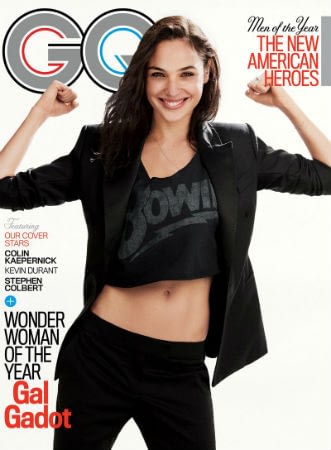 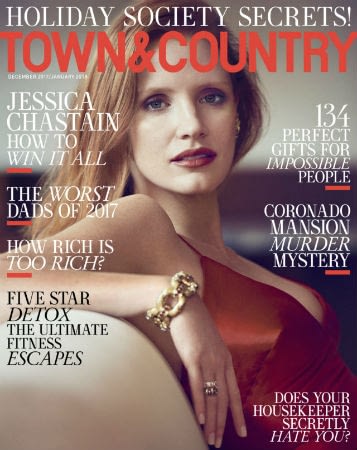 –Jessica Chastain is stunning on the cover of Town & Country — and she’s her usual ballsy, outspoken self in the interview. I’m still not convinced that her character in Molly’s Game is all that great (I can’t wait until reviews from female critics land), but I love when she says “I think the industry is beginning to examine itself and how it has perceived female roles. I’m seeing a lot of really interesting discussions, and I do think it’s changing.” But my favourite part is the end, when the male interviewer notes: “Just when I ask if she would like to have children, Chastain says our time speeding around Manhattan is up, and she bids me a cheery farewell.” Ha!

-Speaking of women who give no f*cks in interviews, this one with Shonda Rhimes is a delight!

-While most male comedians have been noticeably quiet on the Louis C.K. front, I appreciated with his pal Sarah Silverman had to say.

-This is a great piece on how late night isn’t equipped to tackle Louis C.K. because the call is coming from inside the house.

-The floodgates, they be open. Sylvester Stallone and his former bodyguard have been accused of sexually assaulting a 16-year-old girl in 1986. He has denied it.

-The CW had time to announces Black Lightning’s premiere date and their show’s winter return dates, but still no confirmation that they’ve fired Andrew Kreisberg? Hmmmm….

–Johnny Depp is front and center in the next Fantastic Beasts? Ugh.

-So does Mark Ruffalo.

-I think it’s kind of cute that Prince Harry and Prince William will cameo as stormtroopers in The Last Jedi.

-This is a really good profile on Cardi B. She’s refreshingly candid about how this sudden music success is freaking her out.

-Looking at the last 20 Sexiest Man Alive picks, anyone seeing a problem here?

-Are The Weeknd and Bella Hadid back on?

-Why yes, I WOULD like to watch George Clooney in an adaptation of Catch-22, thankyouverymuch.

-Is Joss Whedon throwing shade at his own movie? He “liked” several tweets criticizing Justice League’s villain. (I honestly don’t think celebrities realize that we can see what they’ve liked on Twitter or Instagram with just one click. It’s baffling.)

-Congrats to Rose Byrne and Bobby Cannavale, who just welcomed baby No. 2.

–Jenna Fischer gushing about John Krasinski is a lot. Like, it’s almost too much. I wonder how Emily Blunt felt reading her new book?